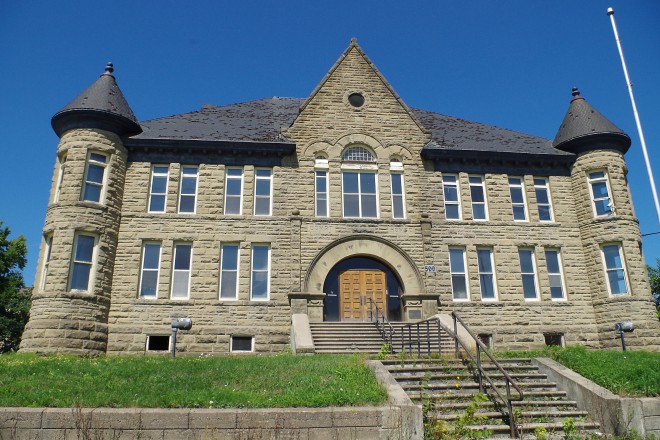 Contractor:  John McDonald of Chatham and Henry Ingram of Newcastle

Description:  The building faces southeast and is a two story buff coloured sandstone structure. The building  is located on landscaped grounds in the city centre. The southeast front has a central arched entrance on the first story with large arched wind flanked by two smaller arched windows above on the second story. The stonework rises to a peak at the roof line. On either side of the front are round stone towers with conical roofs. The roof is hipped. The interior had a courtroom on the first story with another courtroom above on the second story. The building was renovated in 1957. The architect was Alward & Gilles. In 2018, the building is being converted into condominiums. 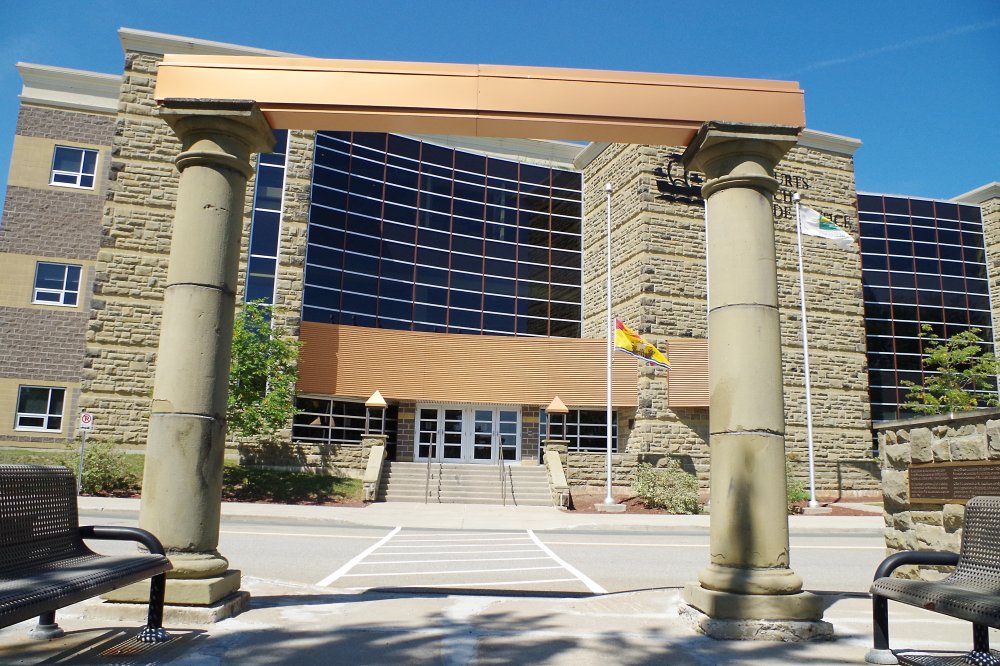 Description:  The building faces east and is a three story sandstone, brown coloured brick, glass and concrete structure. The building is located on spacious landscaped grounds north of the city centre. The east front has three projecting buff coloured sandstone towers with two recessed glass wall sections. An orange coloured vertical section runs above the entrances. The roof line is flat. The building containd four courtrooms and is named as the Miramachi Law Courts.

Description:  The building faces south and is a two story white coloured white pine clapboard structure. The building is located on landscaped grounds northwest of the city centre. The south front has a central entrance framed with box panels and original corner boards and with two thin Doric columns rising to a small open pediment. Above the door is a transom light. The roof is hipped with continuous eaves. The building has been converted into offices,

Note:  The previous courthouse burned in 1825. The 1829 courthouse was moved to its present location. 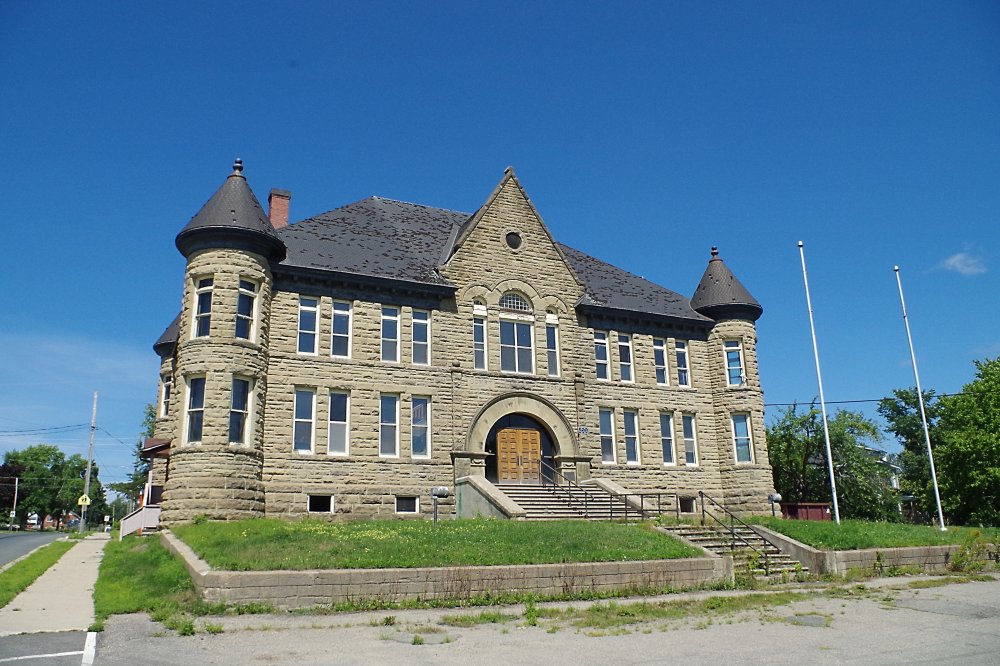 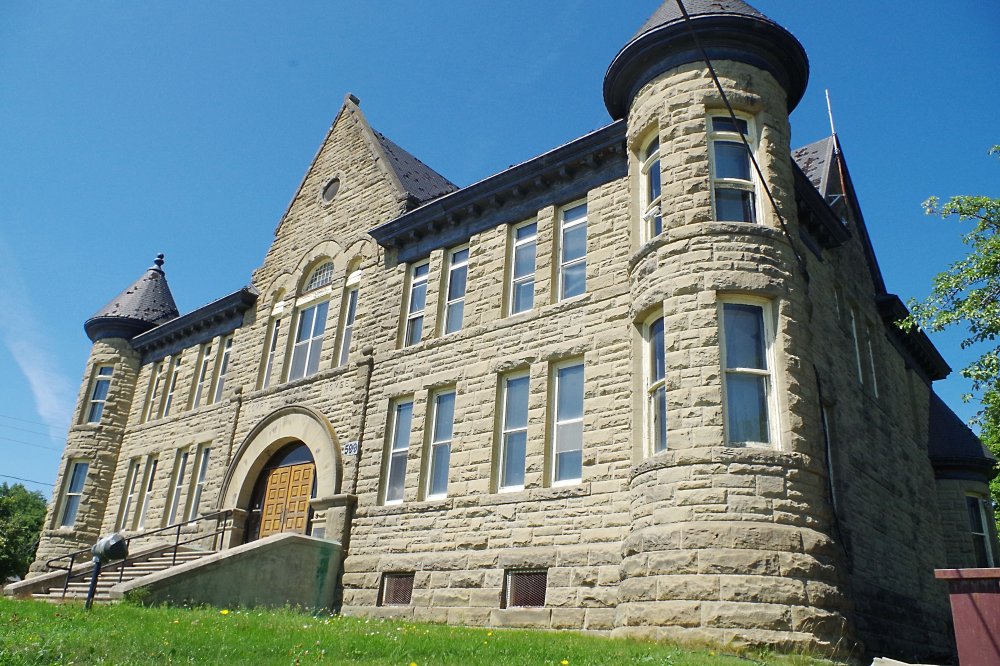 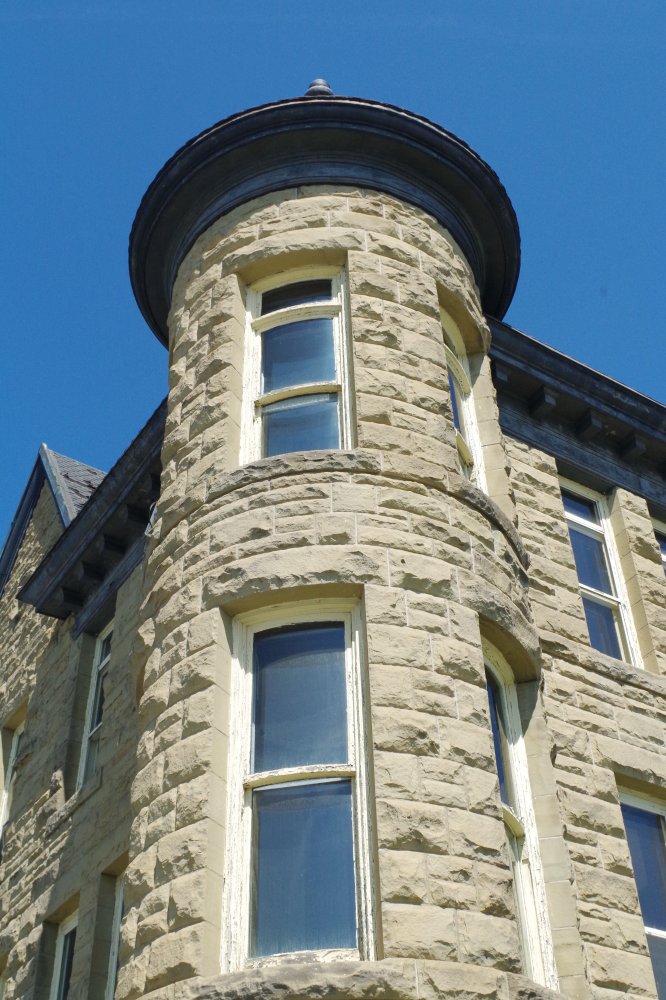 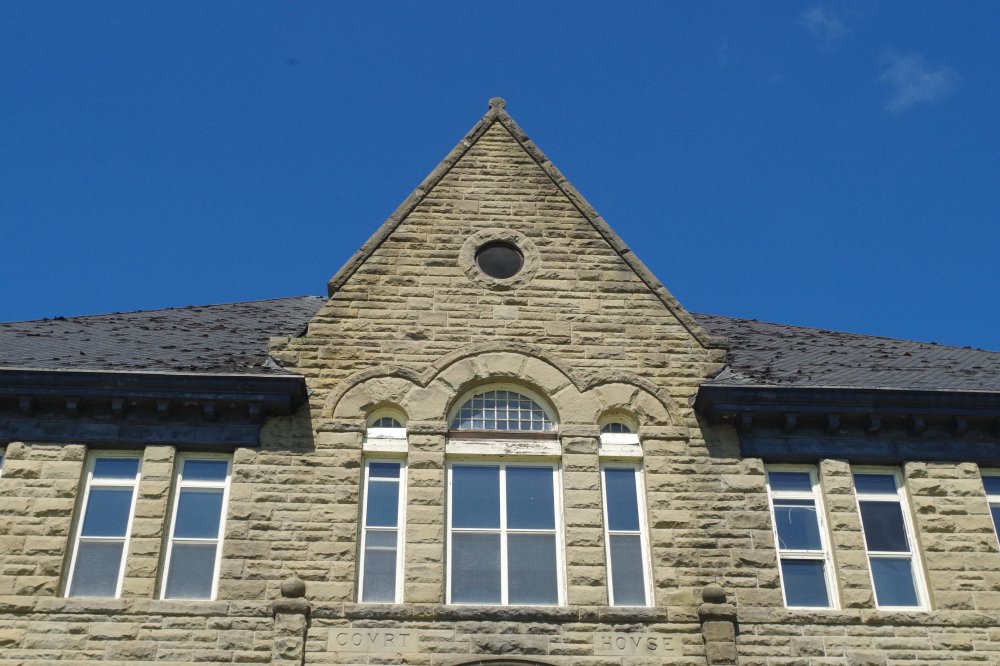 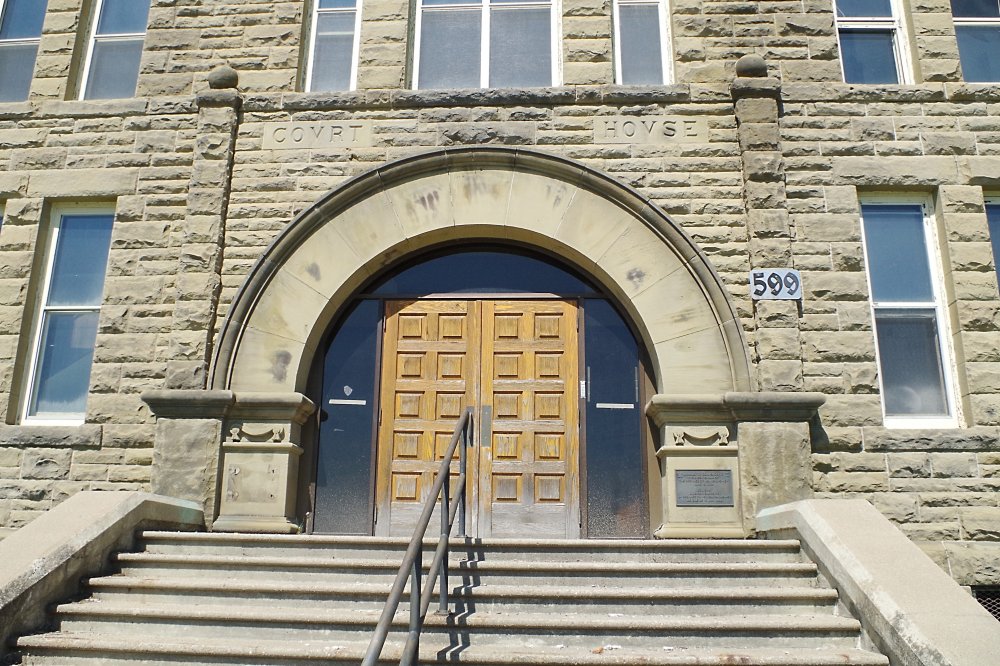 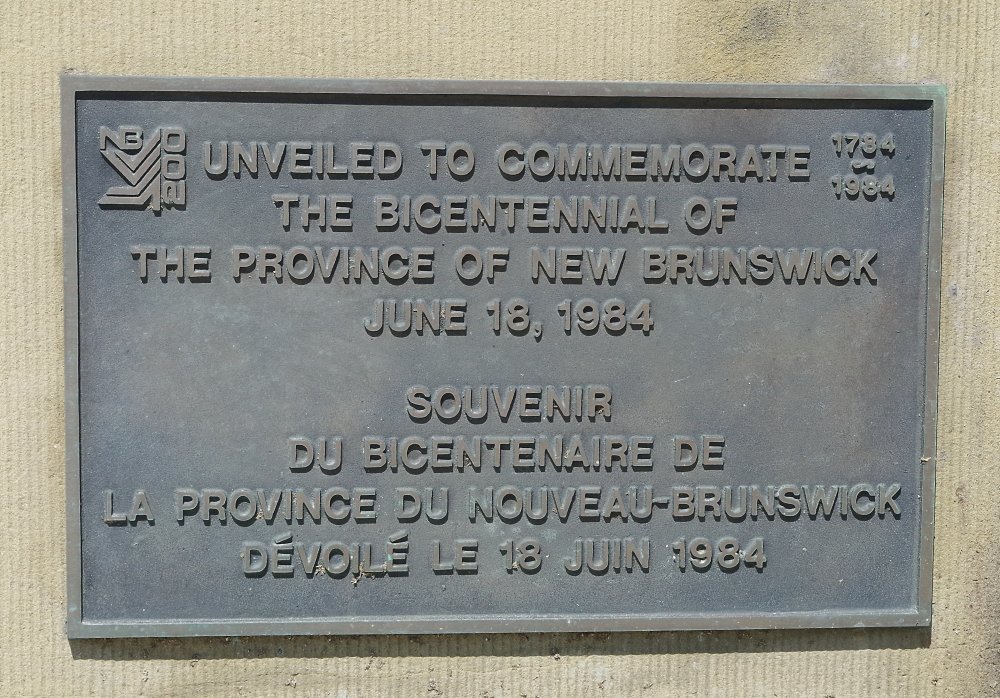 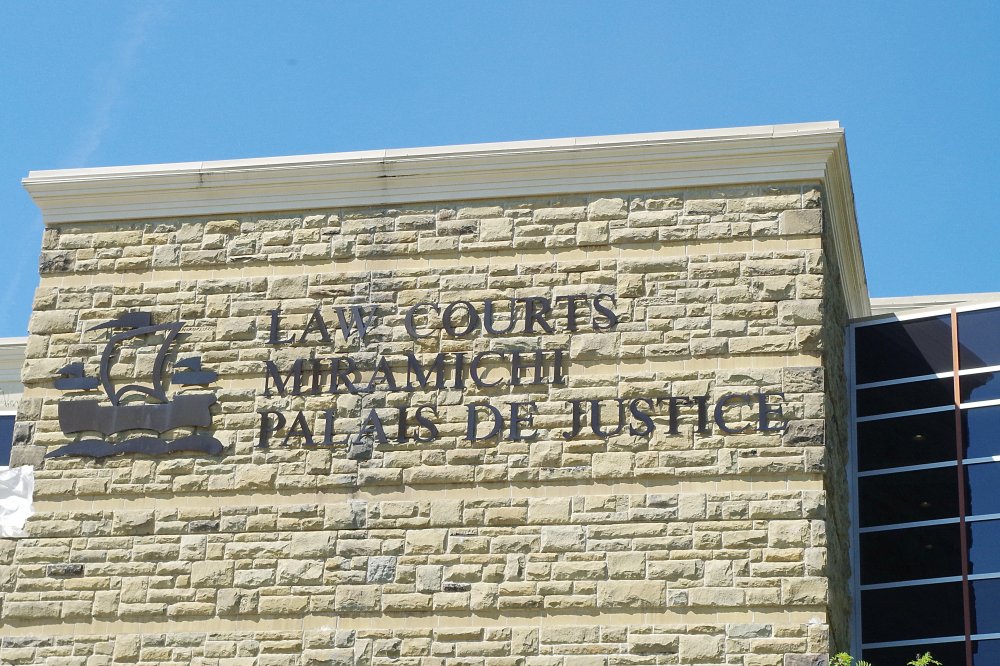 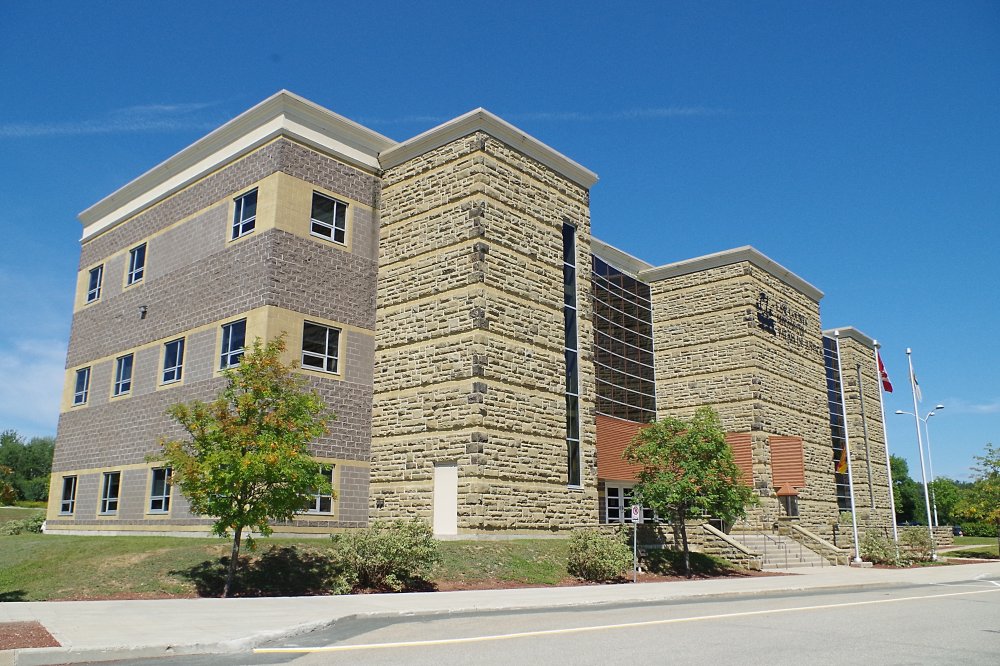 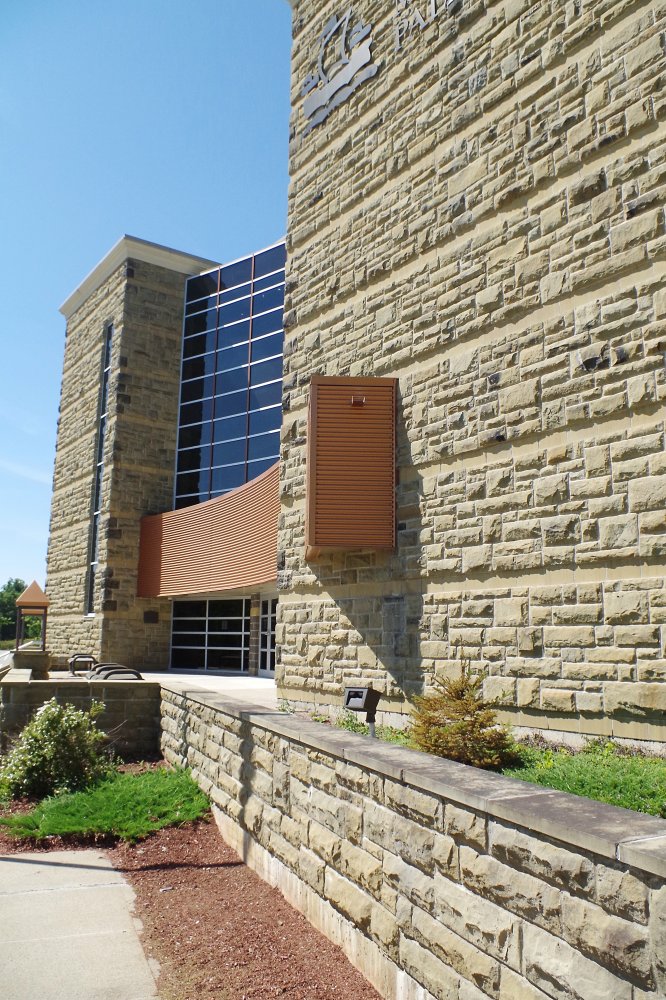 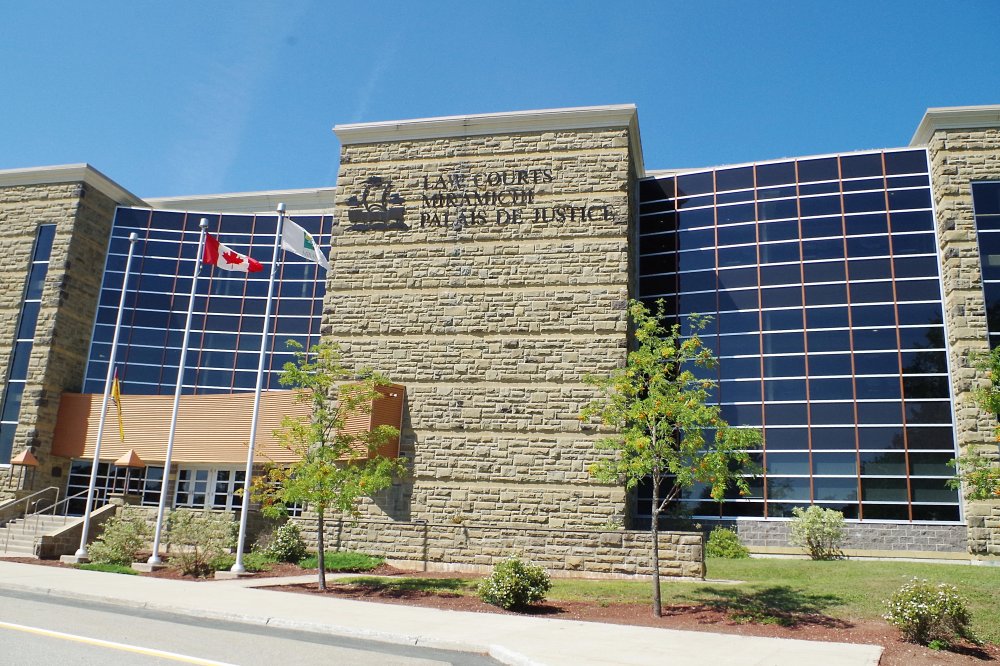 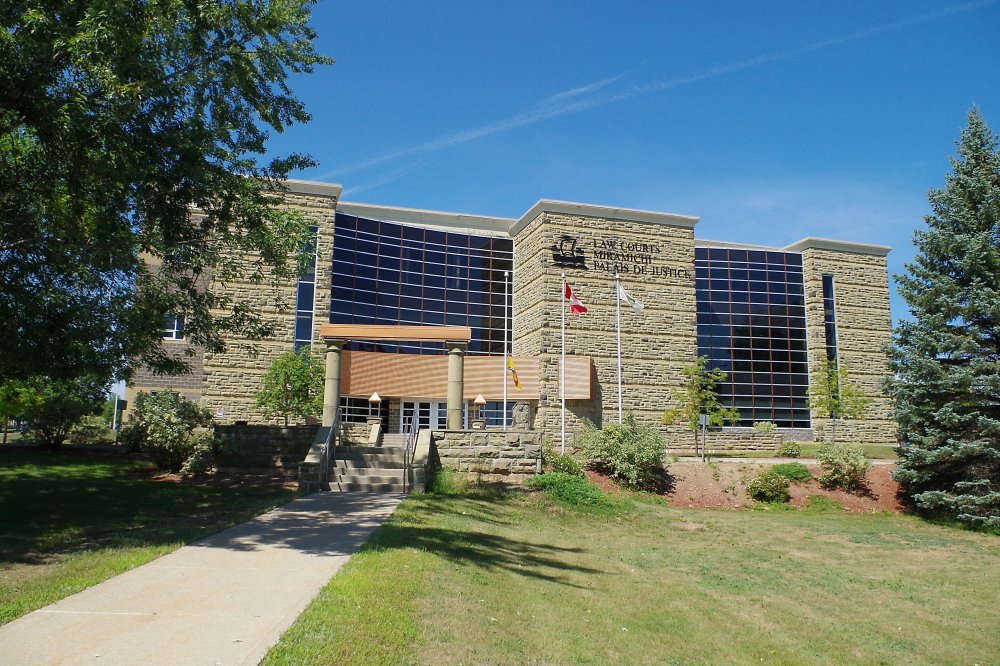 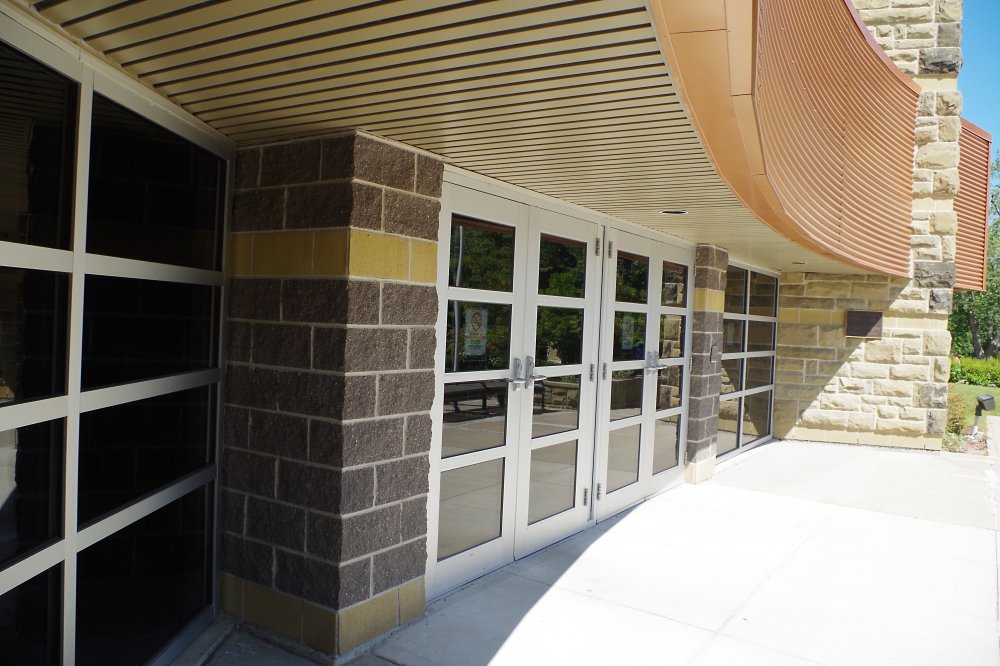