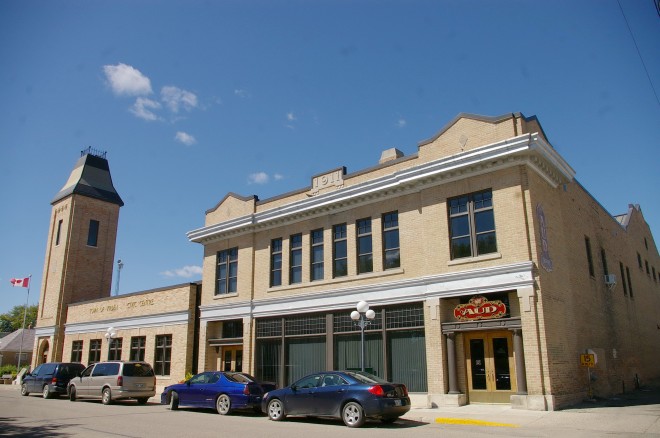 Virden is named for the misspelling of the German town Verden in the homeland of the wife of the 7th Duke of Manchester.

Location:  Virden is located in the southwest part of the Province.

Architect:  William A Elliott of Brandon

Description:  The building faces southeast and is a two story buff coloured brick structure . The southeast front has two recessed entrances at each end of the building. The windows are vertical. The roof line is flat. The courtroom / council chamber is located on the first story adjoining the new Town Hall addition constructed in 1989. The building also contains the Empire-Advance which is one of the finest and best equipped opera houses in Western Canada. The the Auditorium has a handsome interior and superb acoustics. 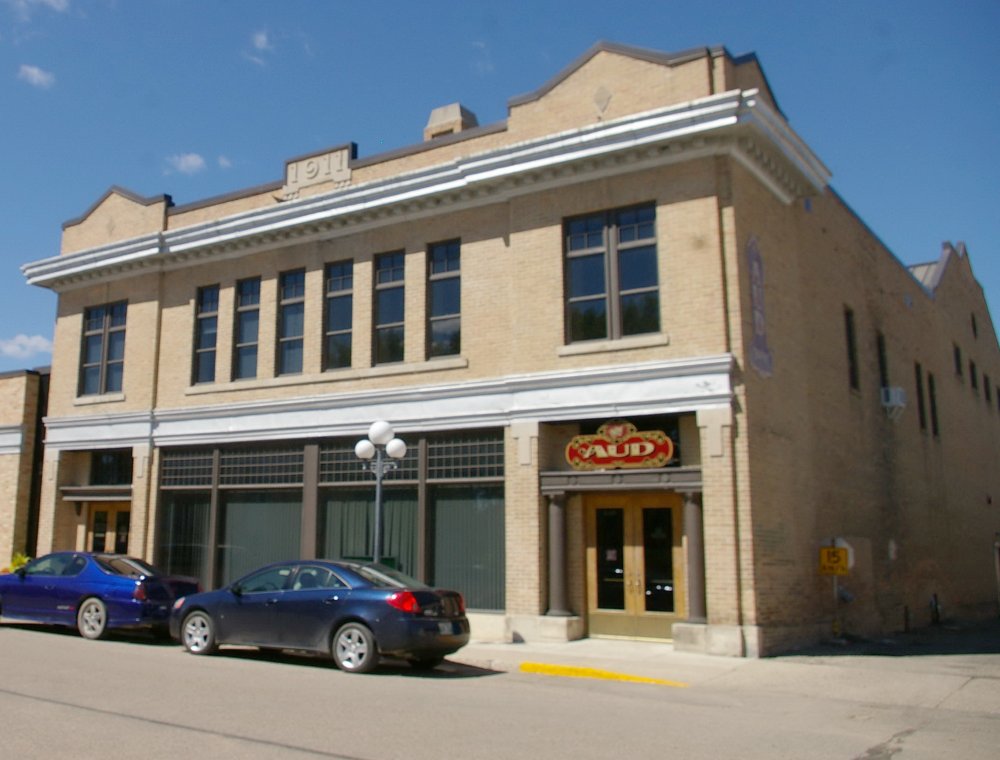 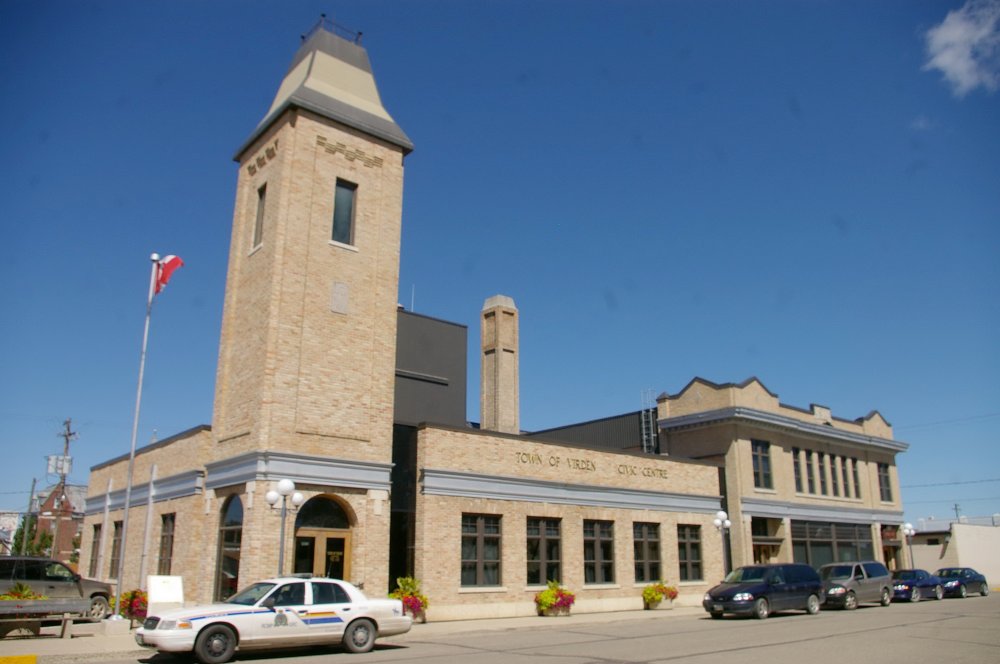 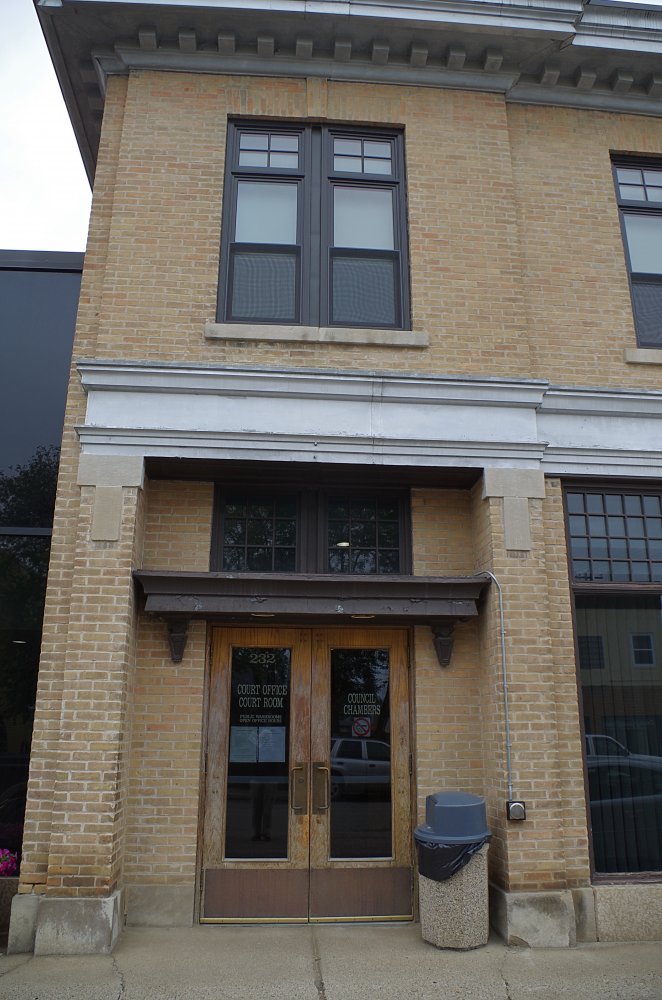 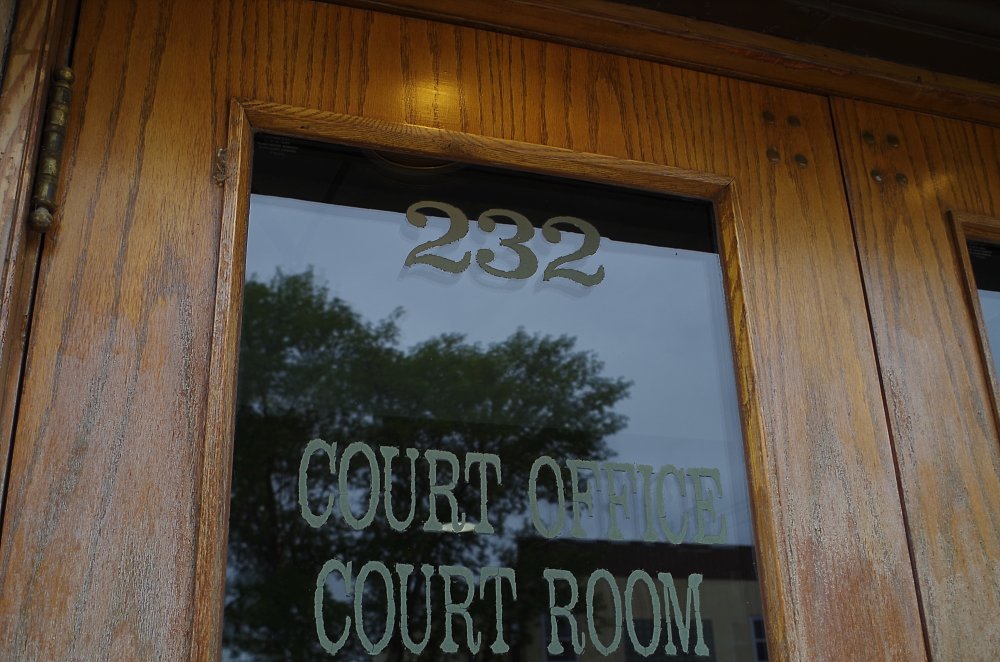 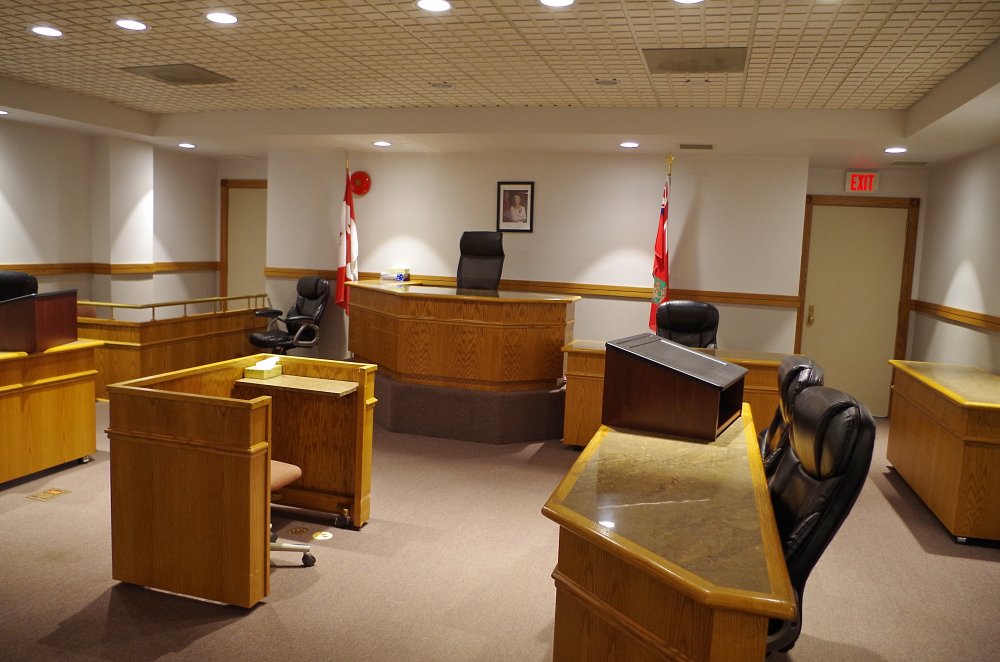 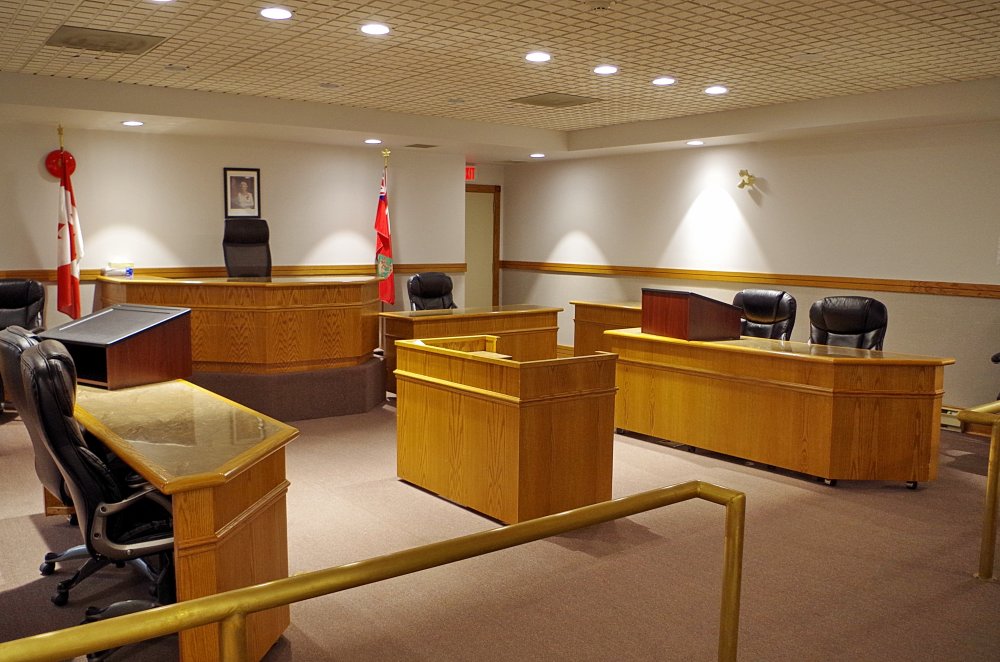 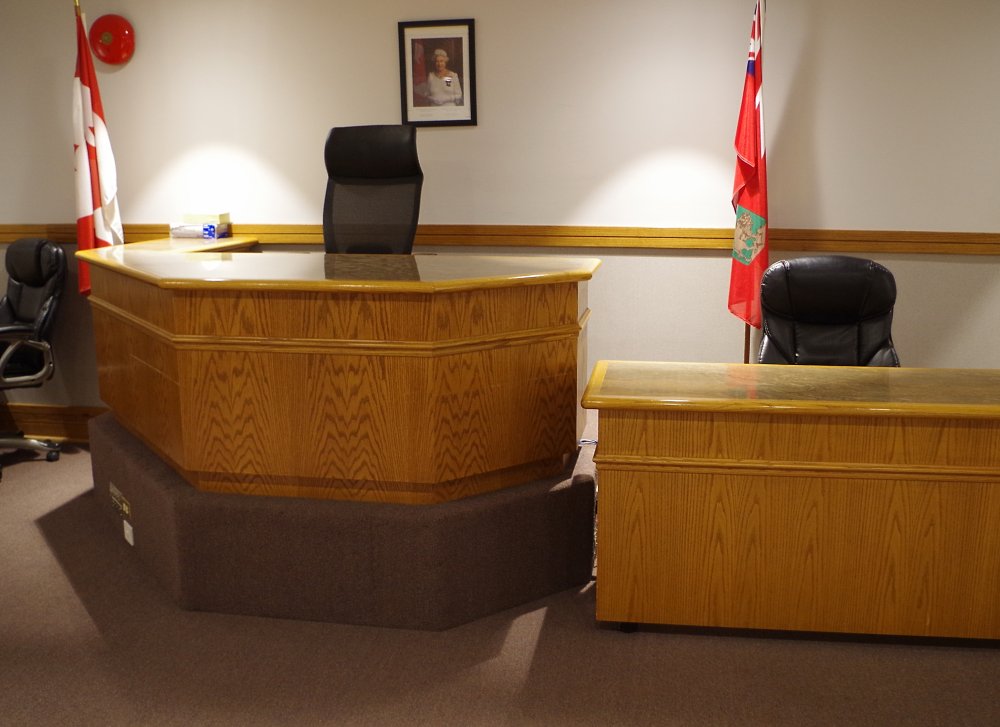 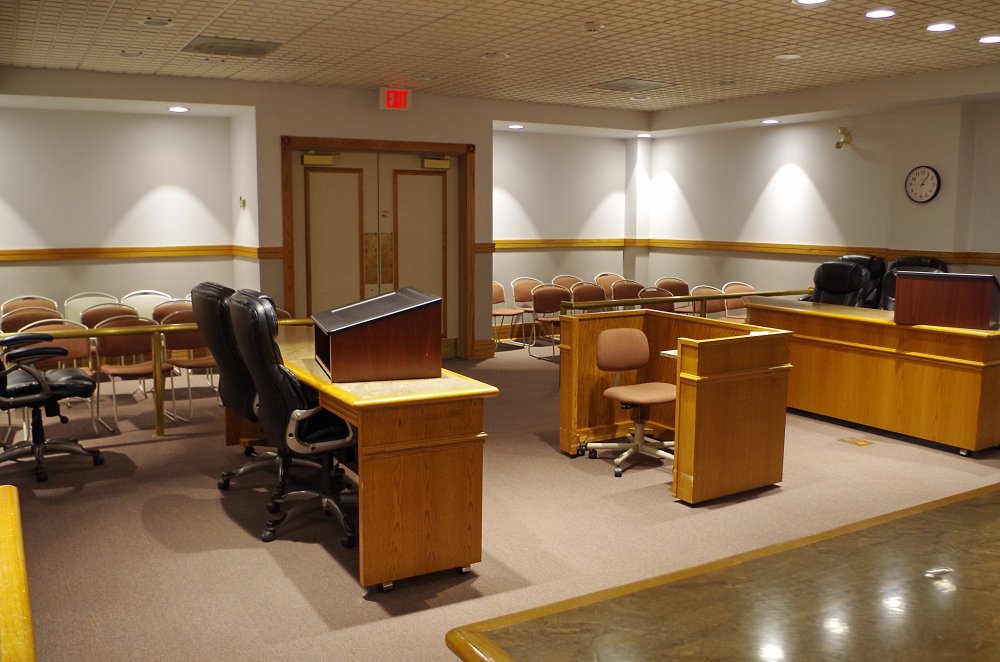 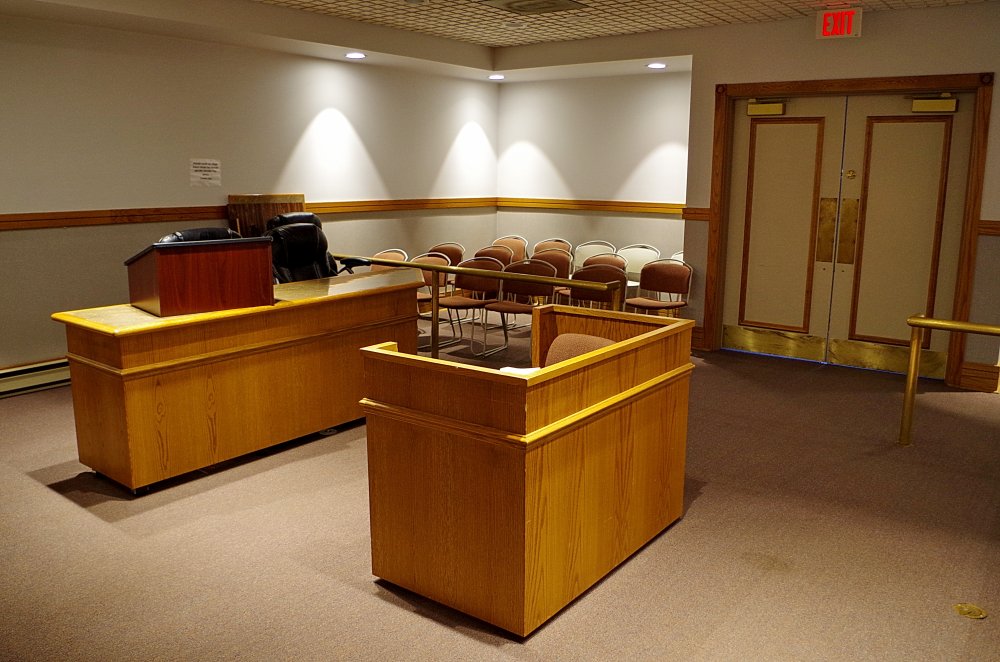 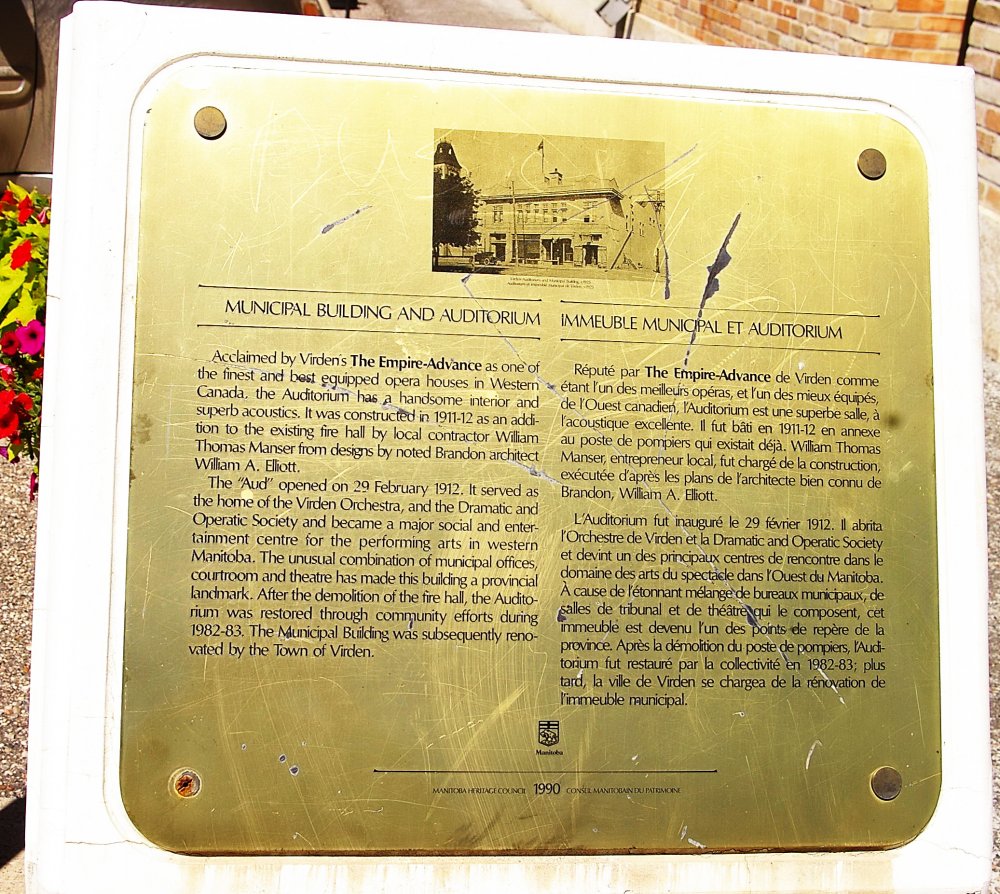