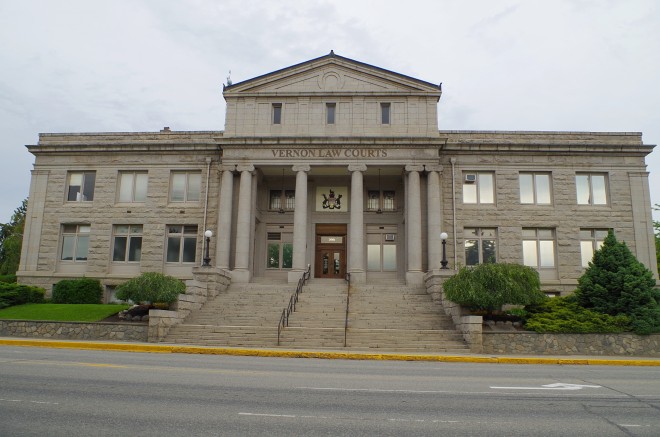 Vernon is named for Forbes George Vernon, who was a pioneer member of the Legislative Assembly of British Columbia for Yale.

Location:  Vernon is located in the south central part of the Province.

Description:  The building faces west and is a three story grey-pink coloured granite structure.. The building is located on landscaped grounds in the centre of Vernon. The west front has a central portico with six columns rising to a header with third story section rising above the flat roof line. Locally quarried pink granite from Okanagan Landing was used for the exterior walls and Italian marble for the main staircase, floor tiling and pilasters. British Columbia fir was used for interior wood finish and trim and the furnishings for the courtrooms and government offices were all made with white coloured oak. Stained glass windows are found on the stair landings. The building used to have a glass dome which allowed light to stream into the courtrooms. The Supreme Court courtroom is located on the west side of the second story with gallery on the third story. The building also houses the Provincial Court courtroom. In 1919 additional work was completed on the building. The contractor was H J Davies. The building was renovated in 1966. 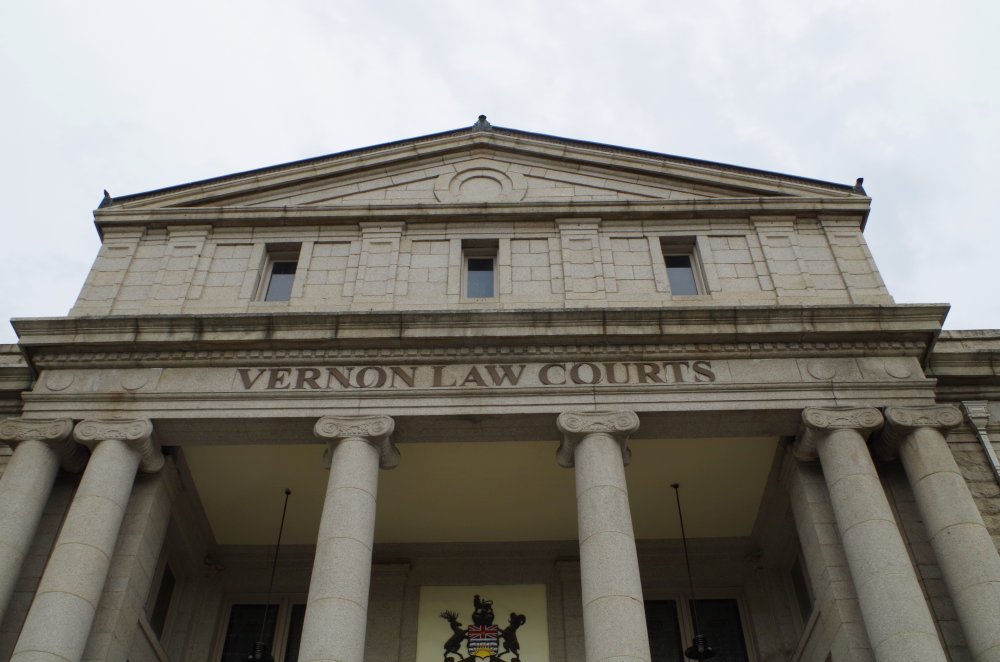 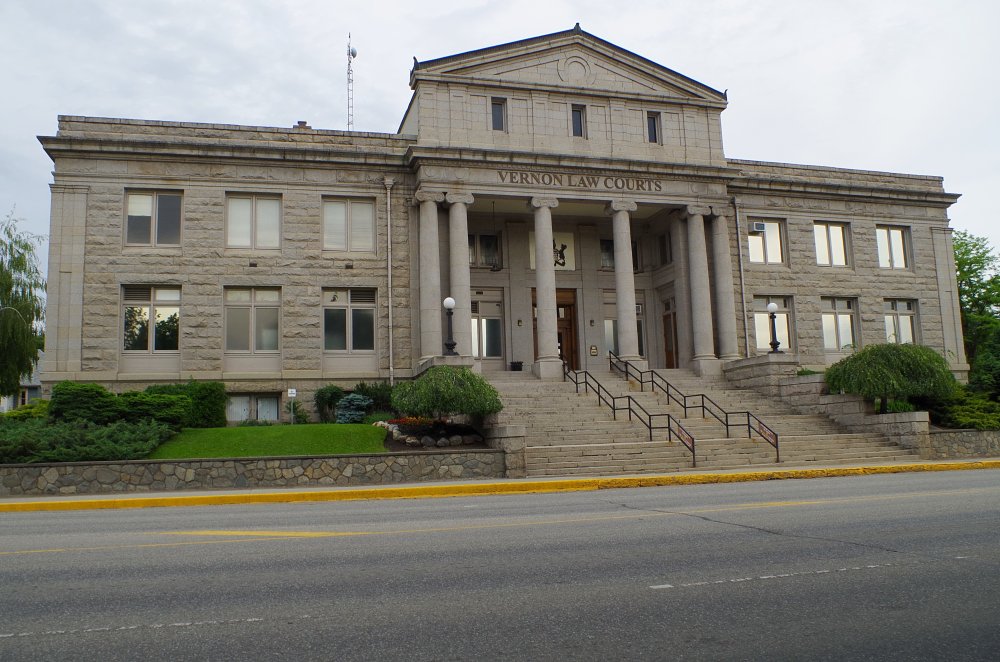 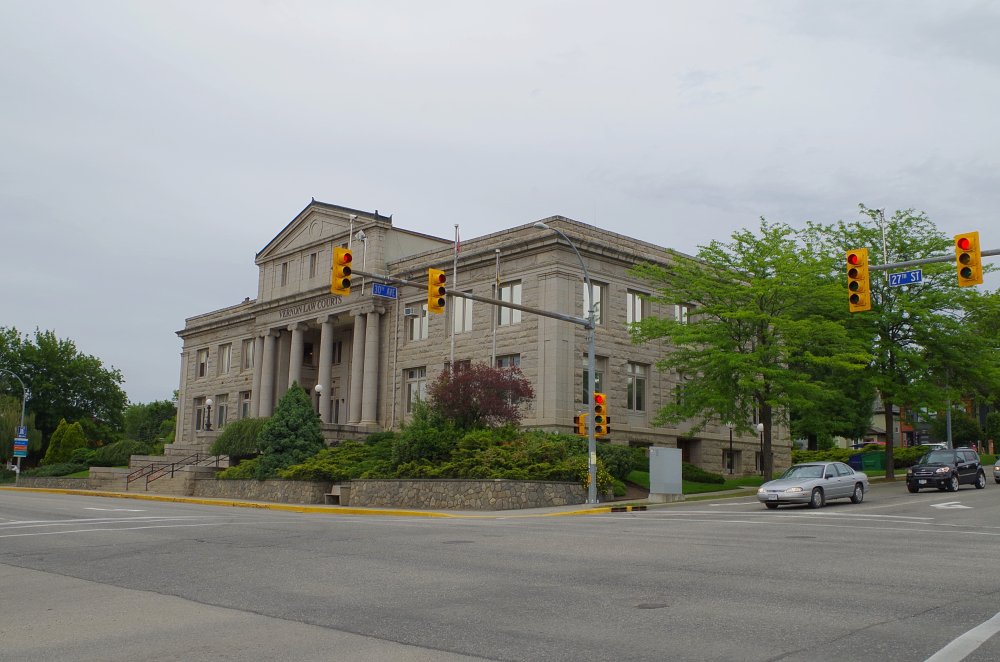 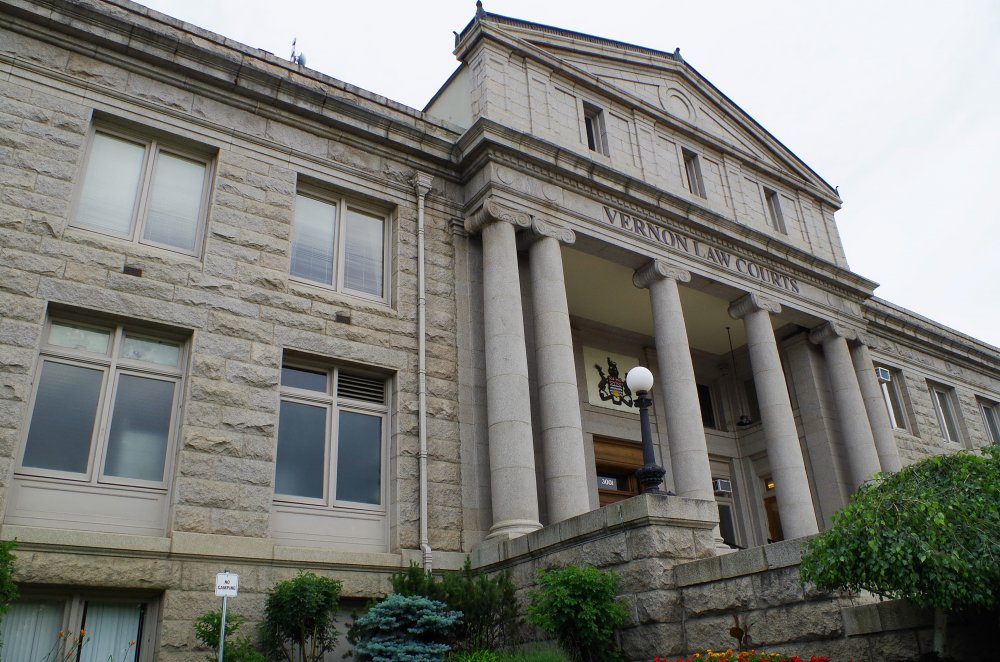 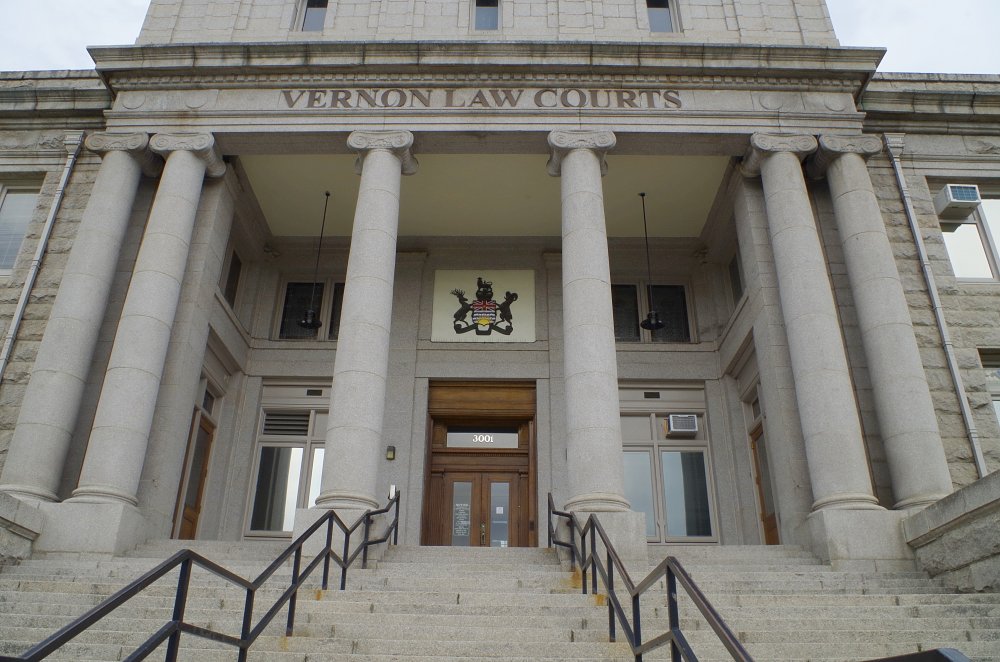 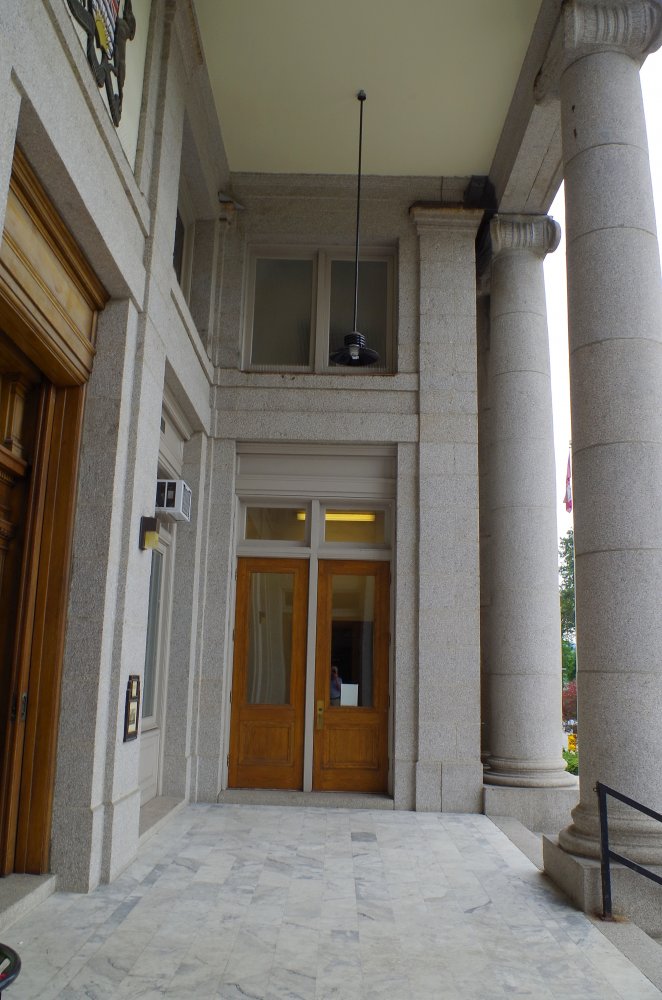 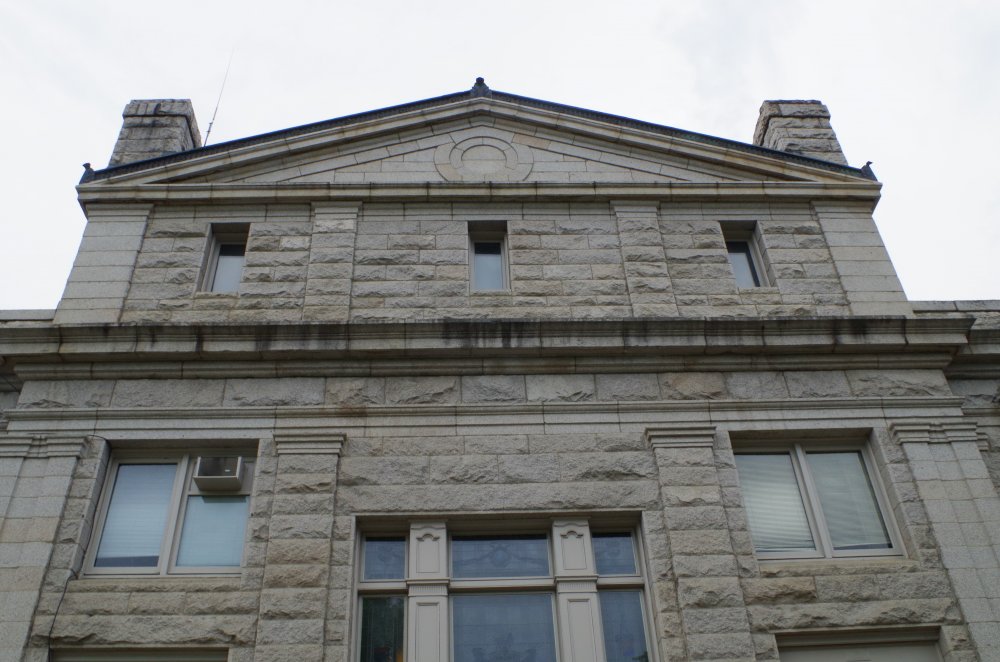 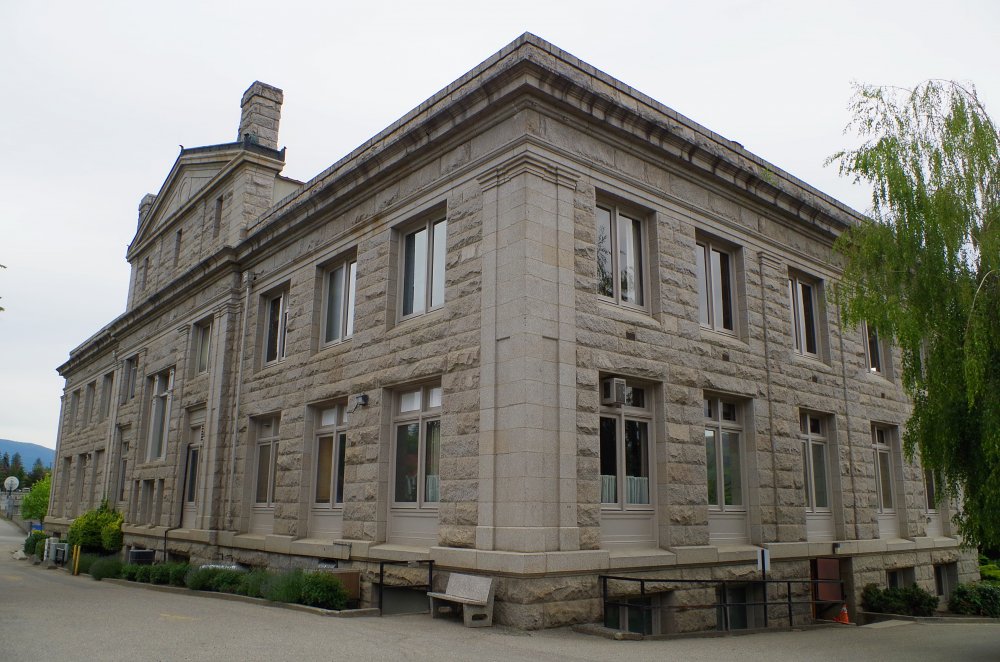 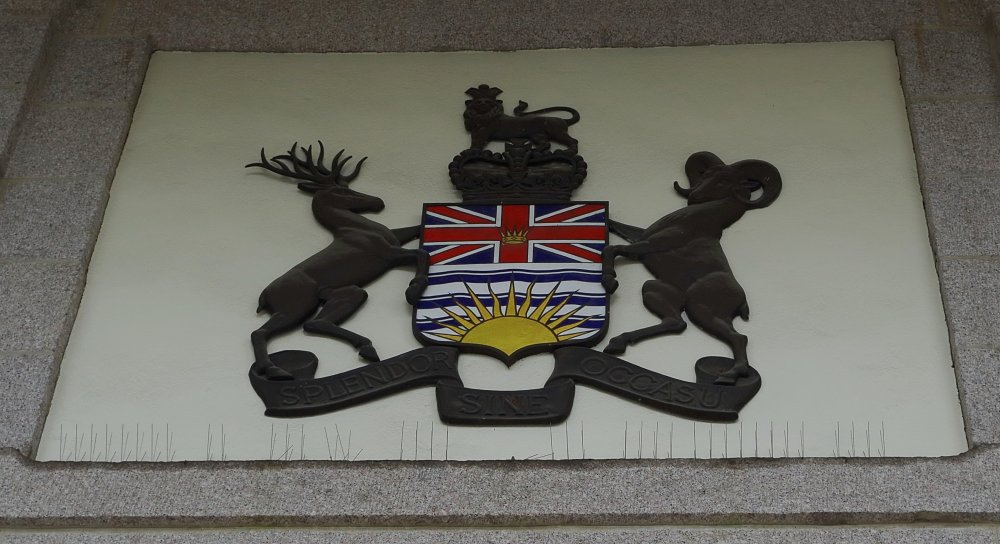 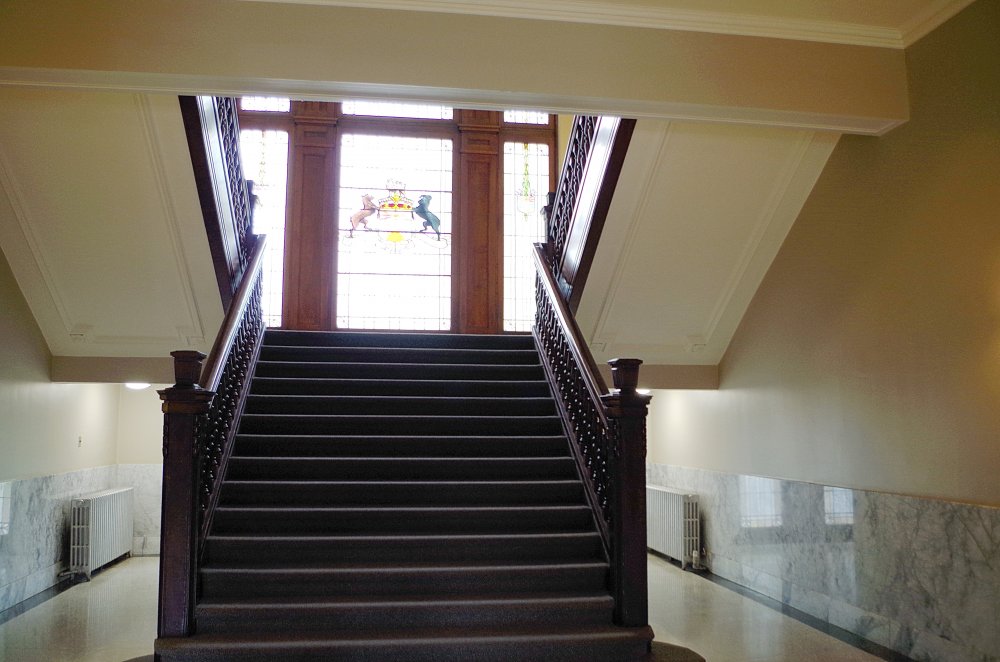