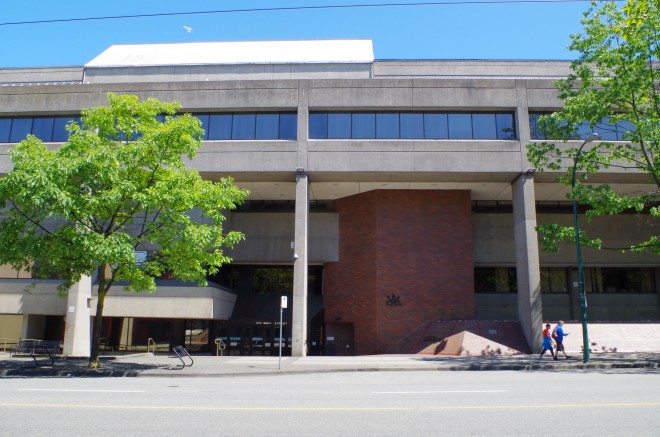 Vancouver is named for Captain George Vancouver, who was a British Royal naval officer and who explored the and charted the coast of British Columbia.

Location:  Vancouver is located in the southwest part of the Province at the mouth of the Fraser River.

Description:  The building faces west and is a four story rectangular concrete structure. The building is located on the east side of the centre of Vancouver. The façade is concrete piers and walls reflecting the cut stone with classical columns of the old courthouse at Robinson Square. The front has a recessed glass entrance rising three stories with projecting red coloured brick section. The fourth story has horizontal windows. The building houses the Provincial Criminal Court.

See:  Located in Vancouver are the Court of Appeal and the Supreme Court. 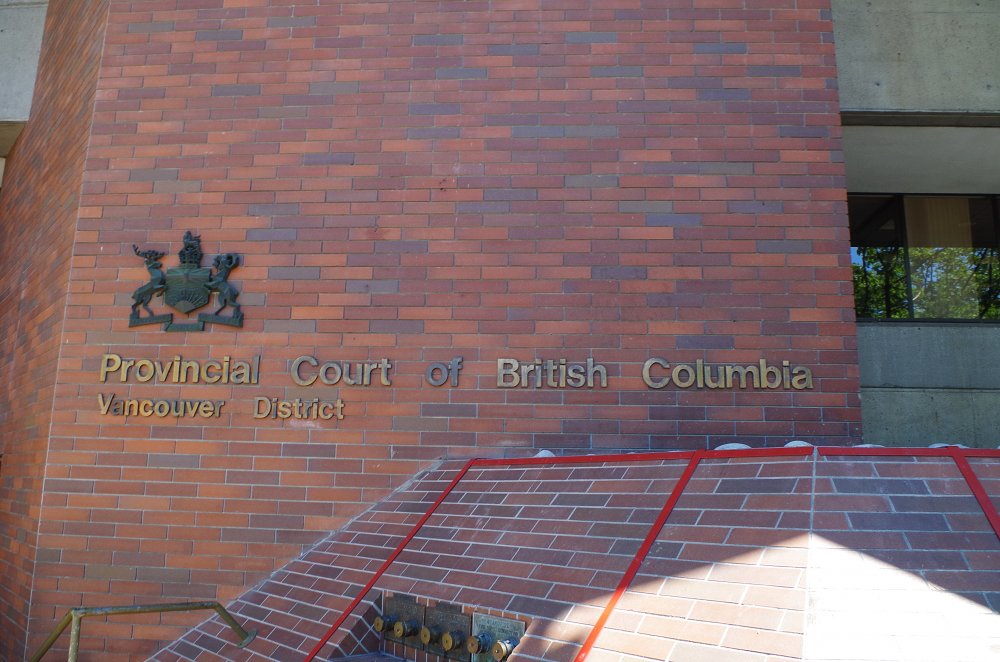 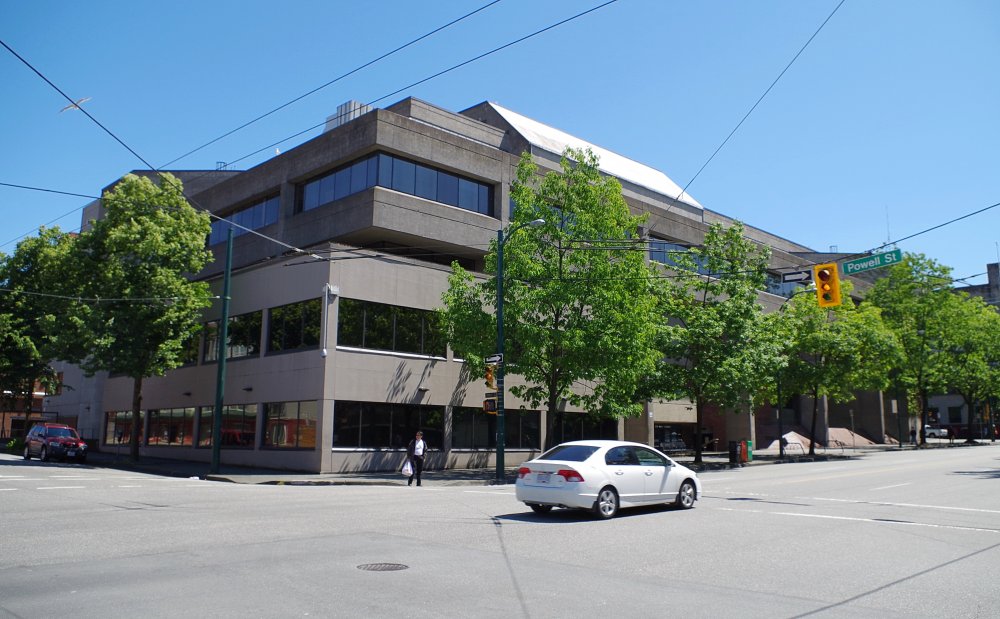 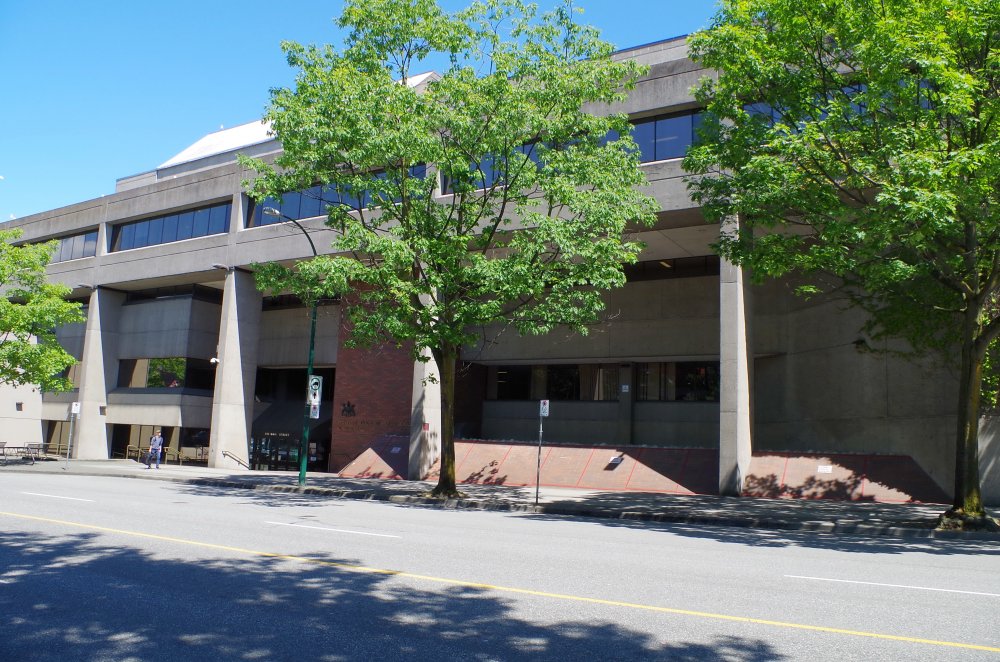 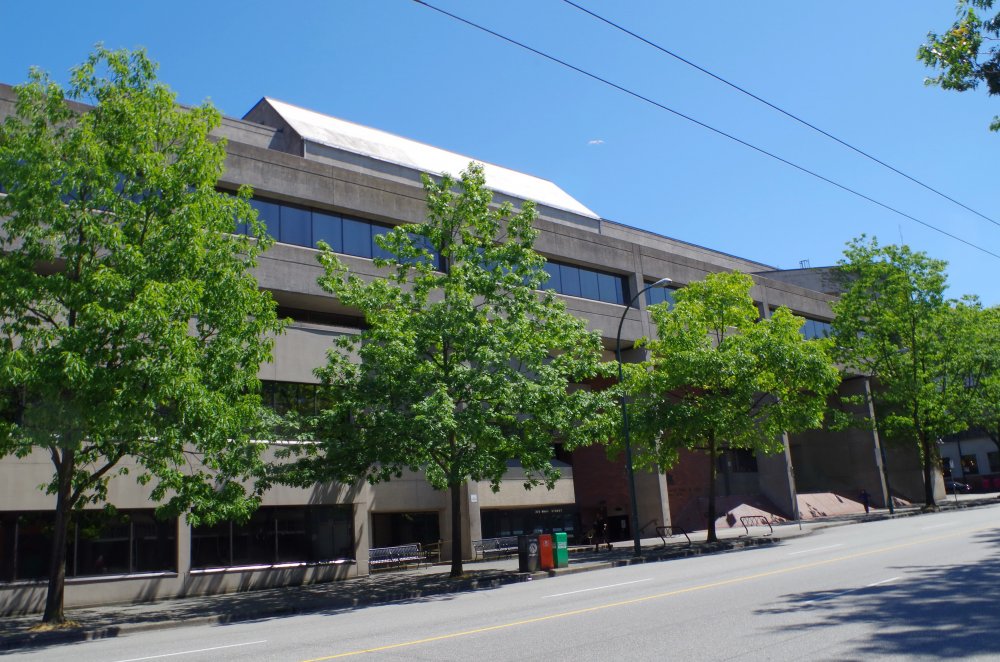 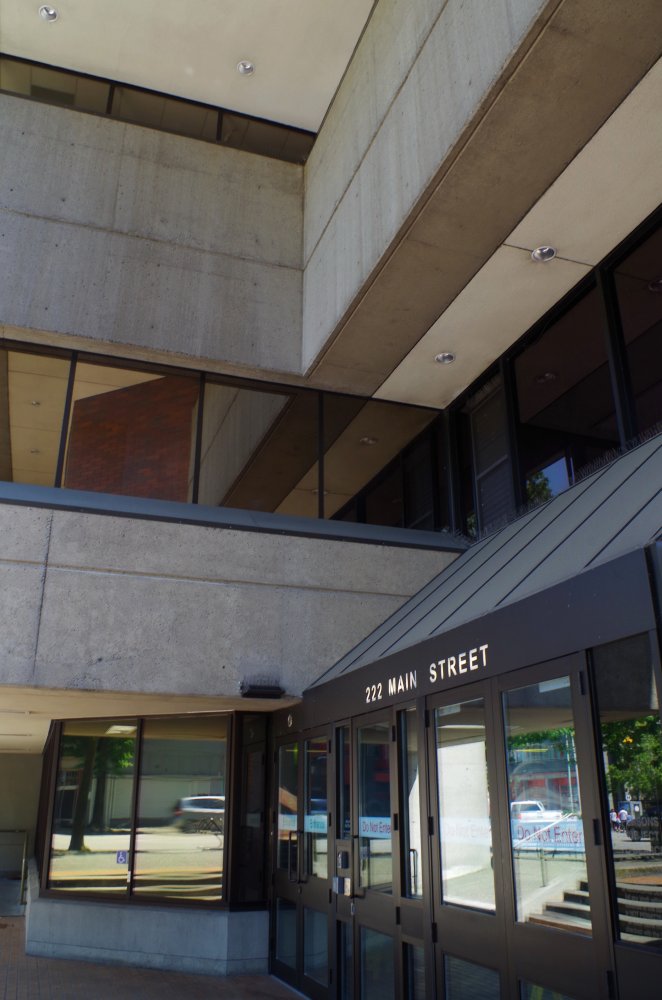 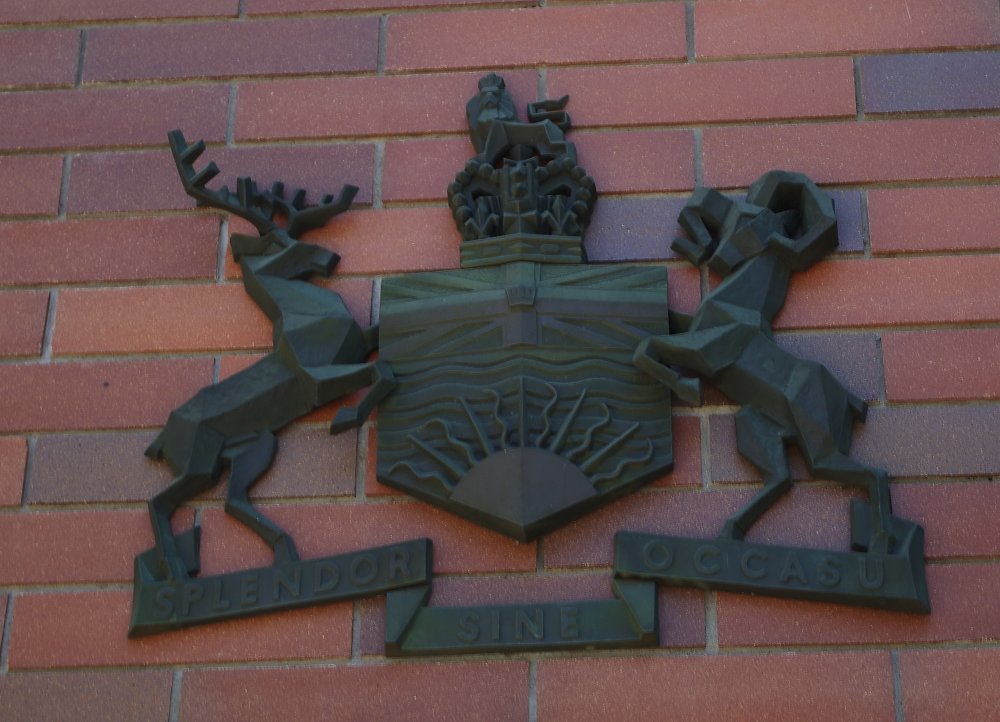