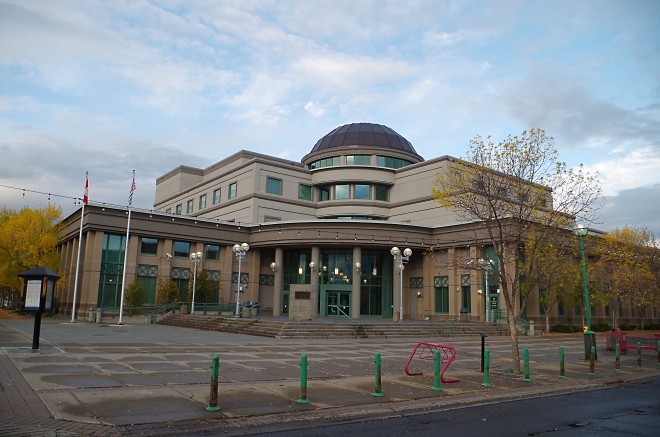 Prince George is named for Fort George and Prince George, Duke of Kent, who was the fourth son of reigning King George V.

Location:  Prince George is located in the north central part of the Province.

Description:  The building faces southwest and is a five story brick, concrete and glass structure. The building is located in the centre of Prince George. The southwest front has a two story semi-circular colonnade with recessed entrance and glass walls. The west and south sections are two stories with the northeast section of the building rising to five stories with a large black coloured dome at the top. The interior had a large rotunda rising up to the dome. The courtrooms are located along the north side of the rotunda. The roof line is flat. A plaza named as the J O Wilson Square runs along the south side. The building is named as  Prince George Law Courts and houses the Supreme Court and the Provincial Court.. 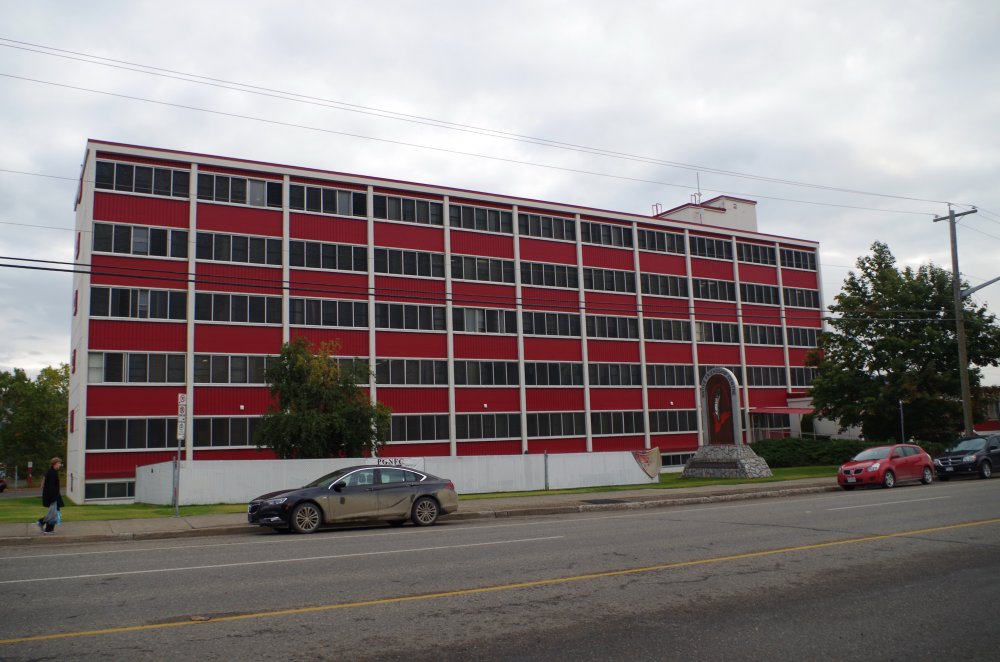 Description:  The building faces south and is a five story concrete and glass structure. The rectangular building is located on landscaped grounds on the west side of the centre of Prince George. The windows are horizontal with red coloured panels between the windows. Vertical concrete dividers are along the south and north sides. On the east side is a one story section which housed the Supreme Court and the Provincial Court. The building was the Provincial Building and is now the Native Friendship Centre. 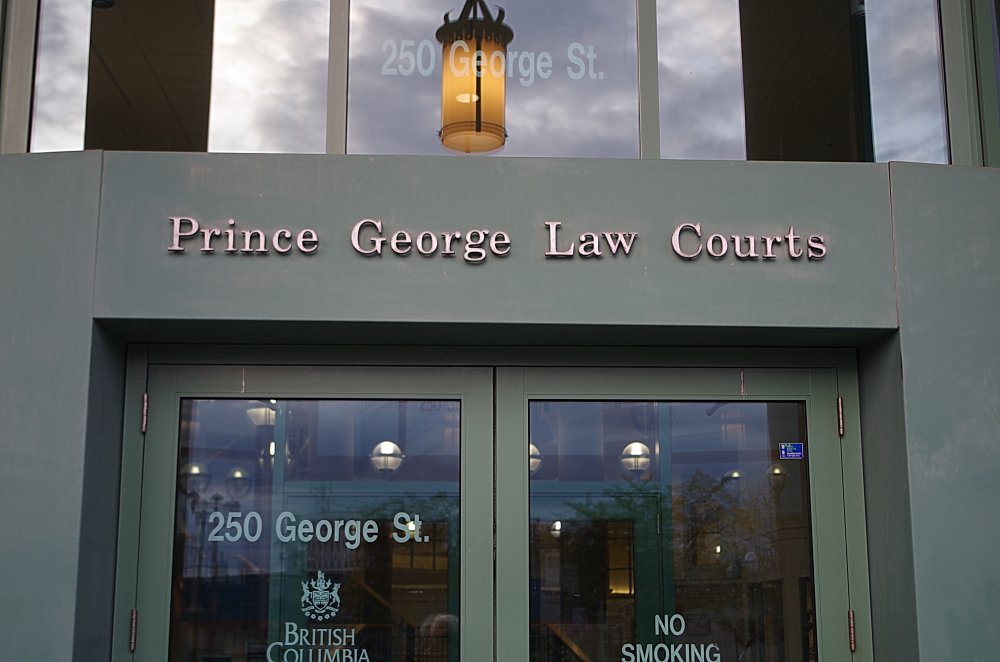 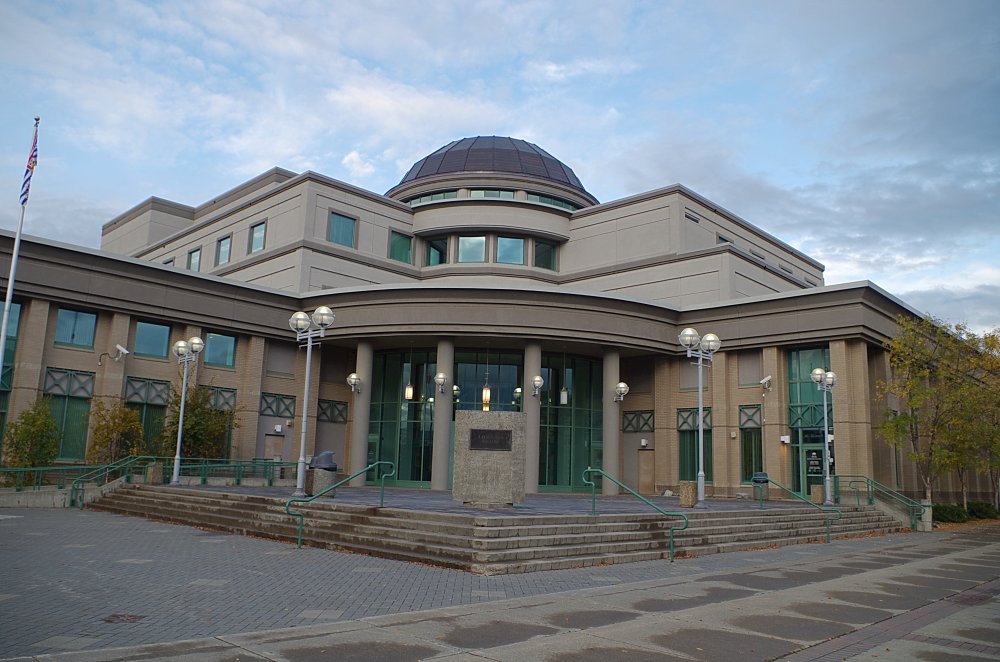 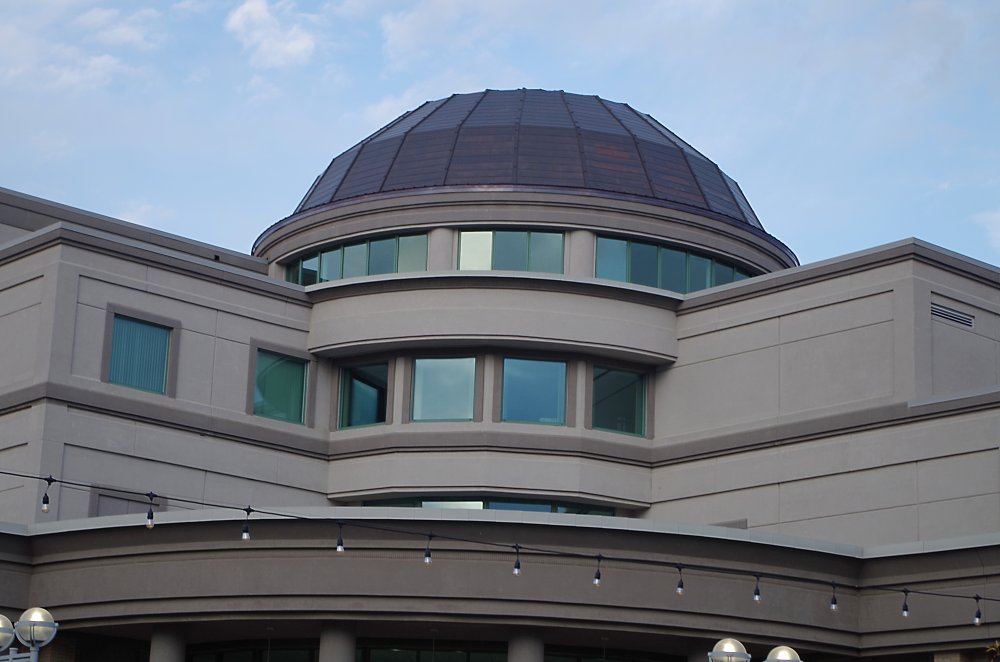 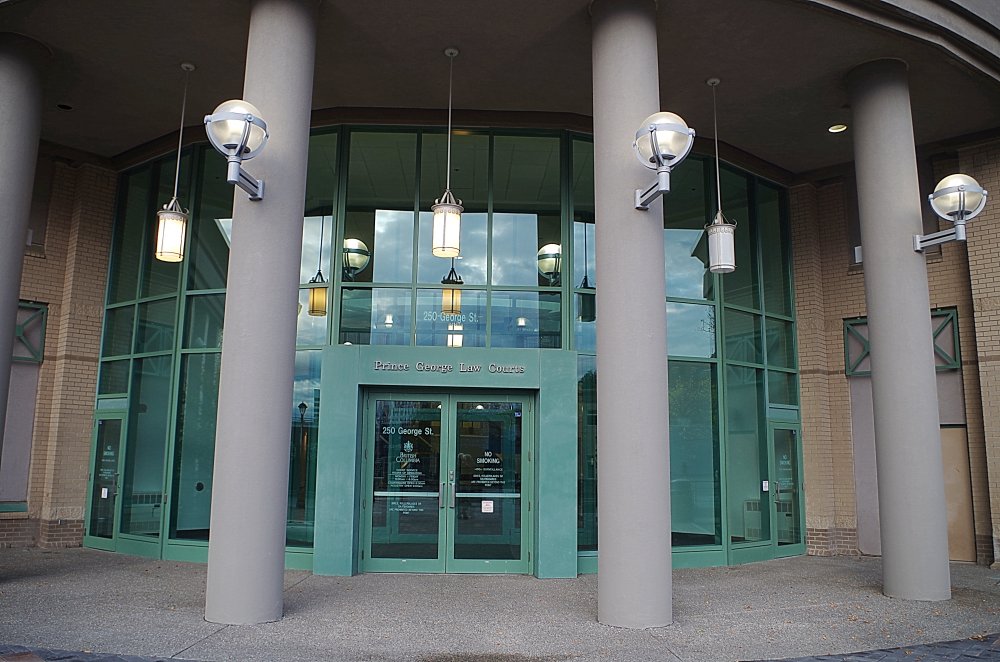 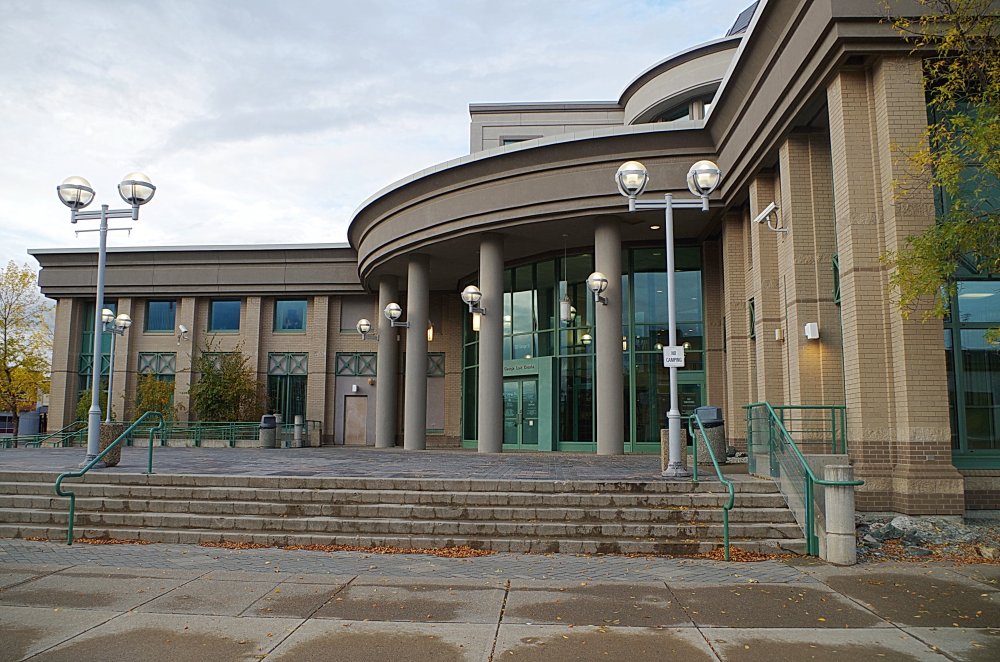 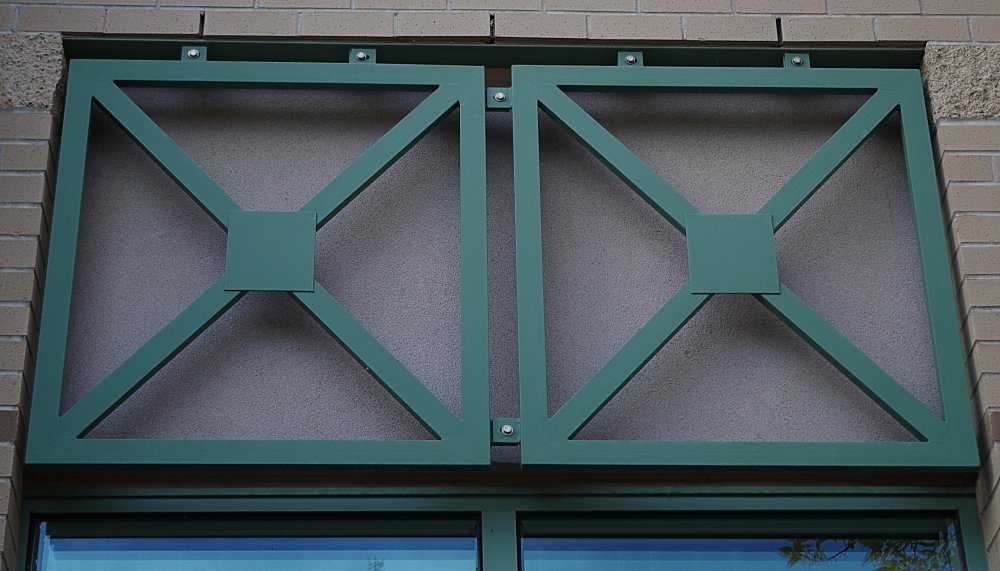 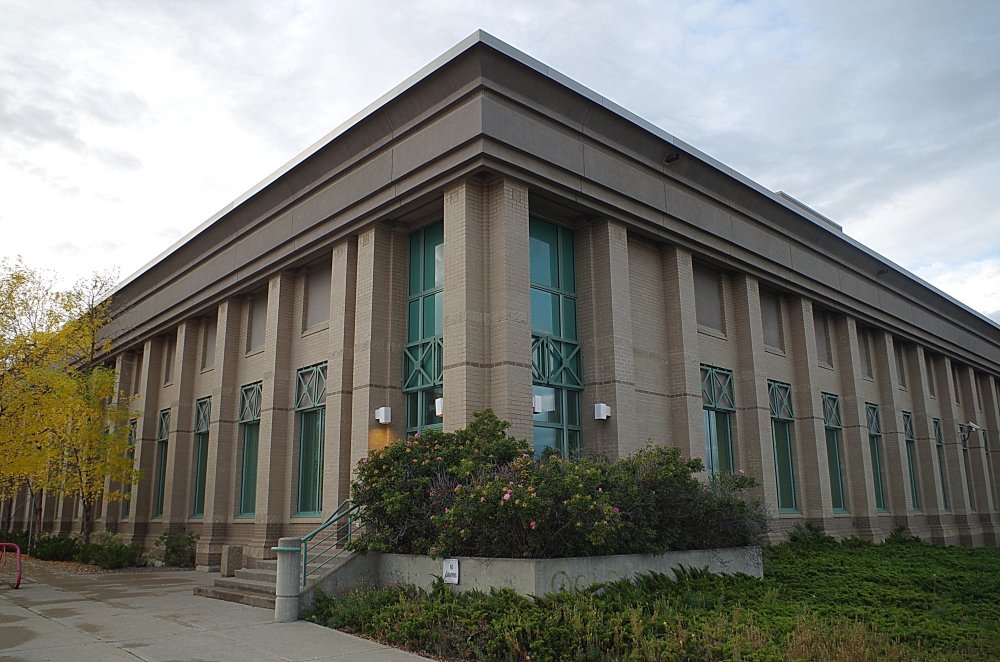 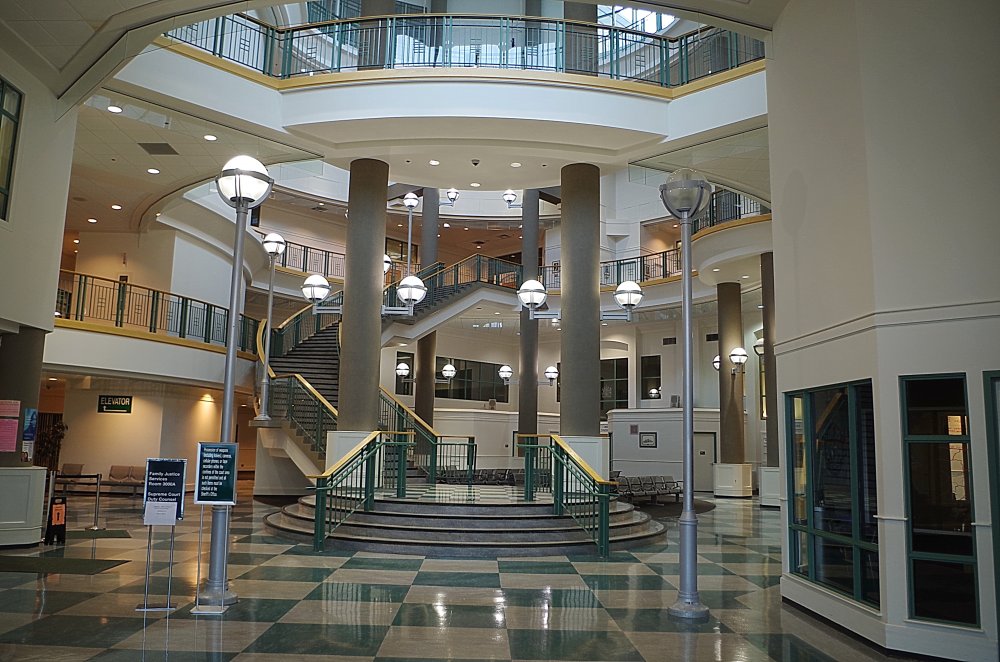 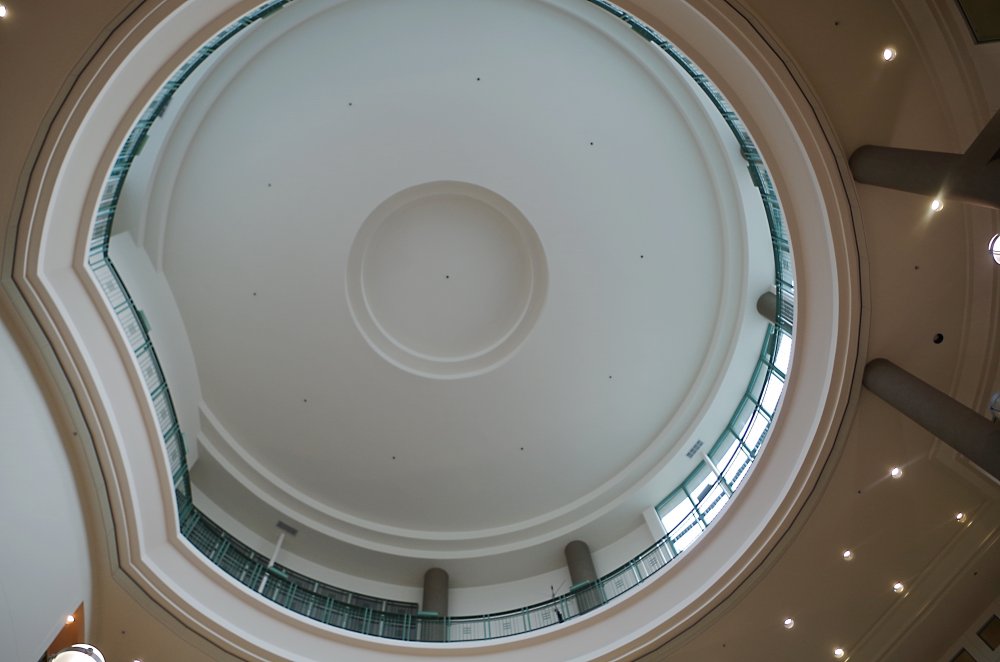 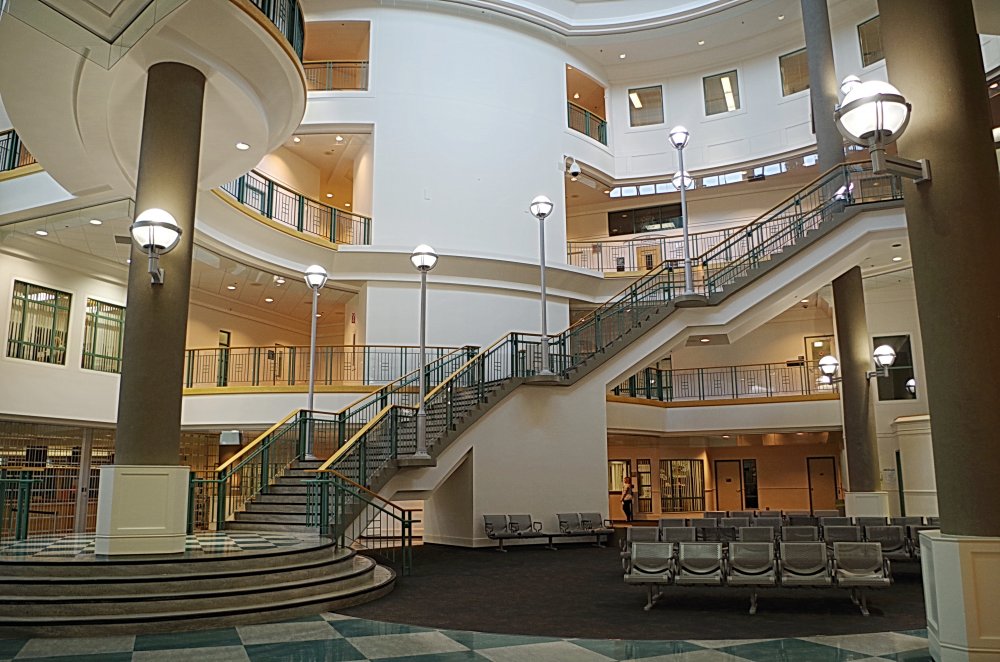 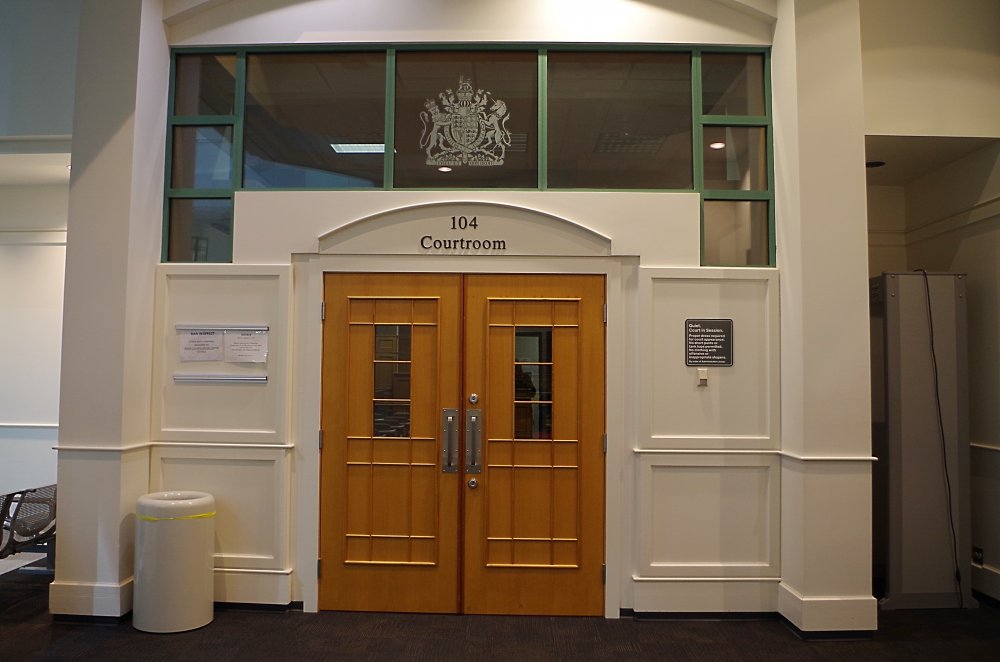