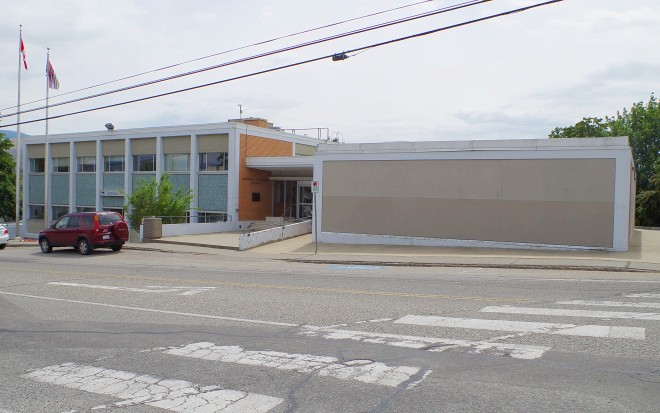 Oliver is named for John Oliver, who was Premier of British Columbia bringing irrigation and settlement to the area.

Location:  Oliver is located in the south central part of the Province.

Description:  The building faces north and is a two story glass and concrete structure. The building is located on landscaped grounds in the centre of Oliver. The centre section is recess with glass entrance. On the east side, the section is two stories with vertical concrete dividers between the windows. On the west side is a one story section which housed the former courtroom. The roof line is flat. The building houses the Provincial Court. 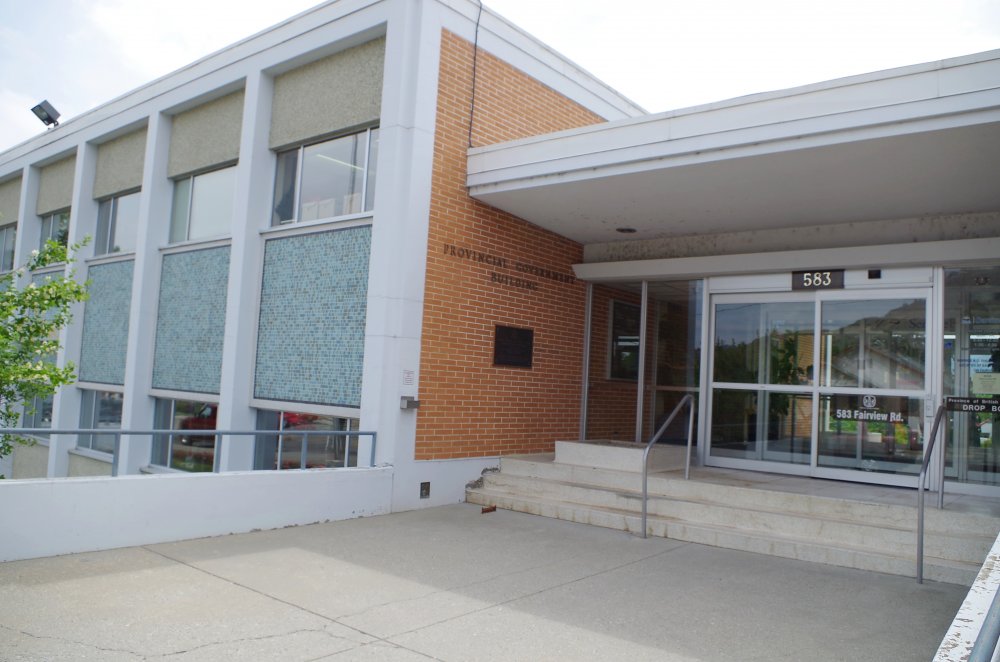 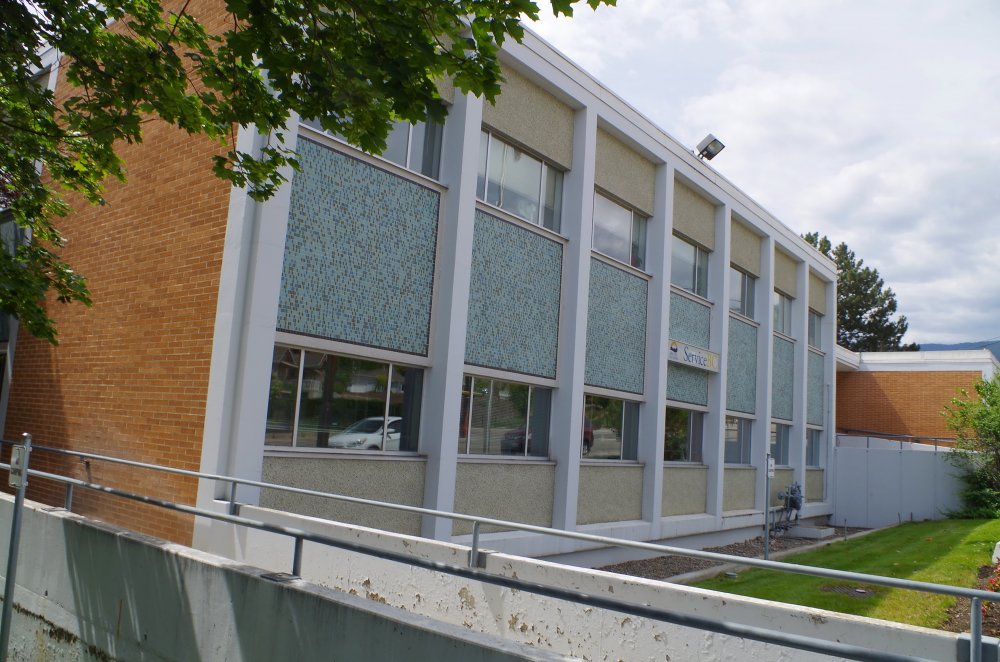 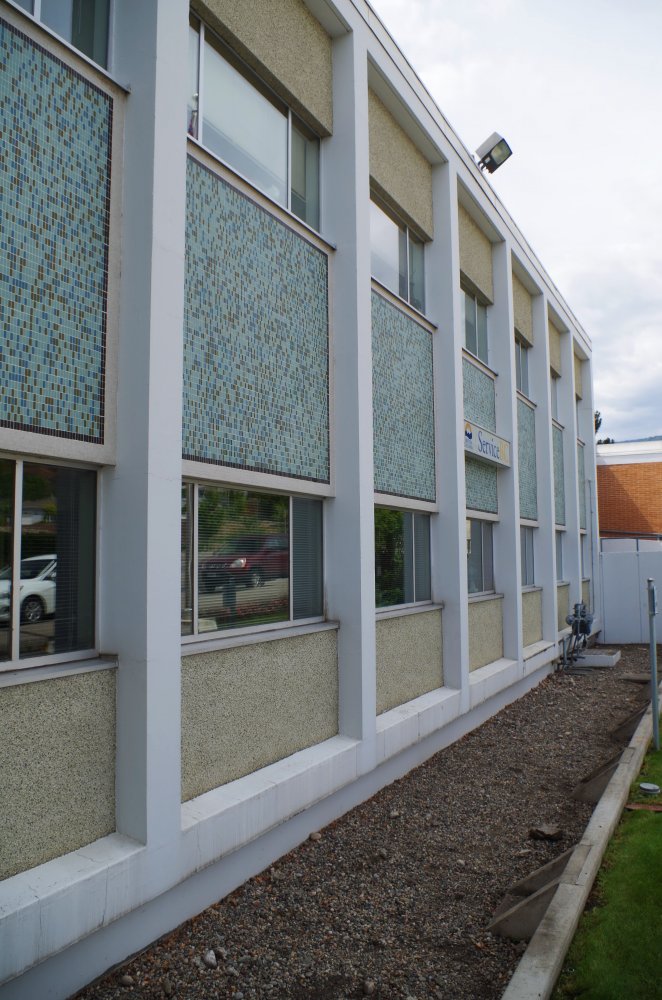 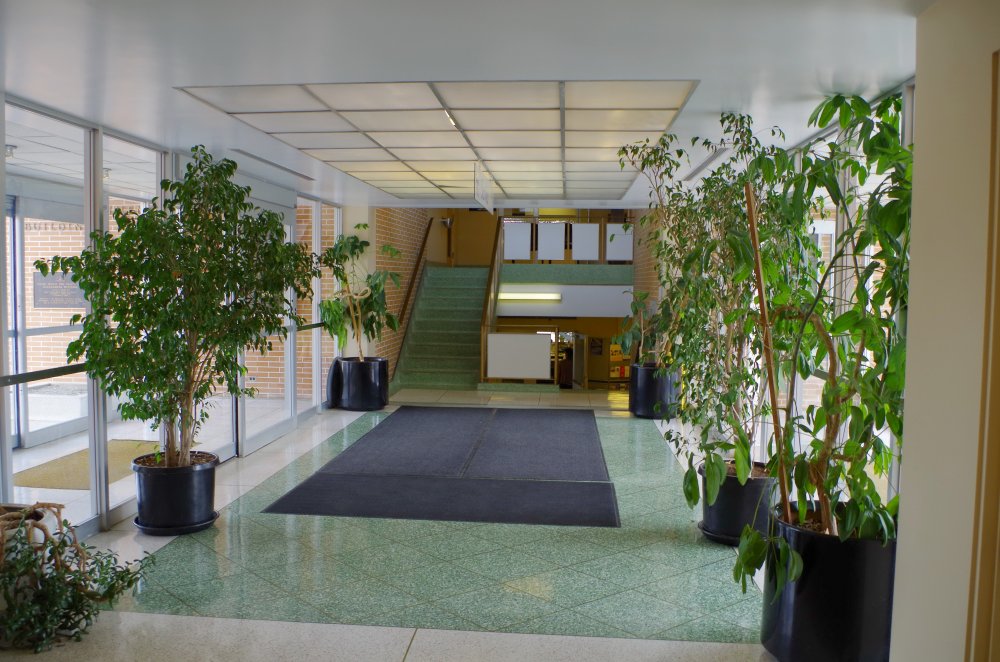 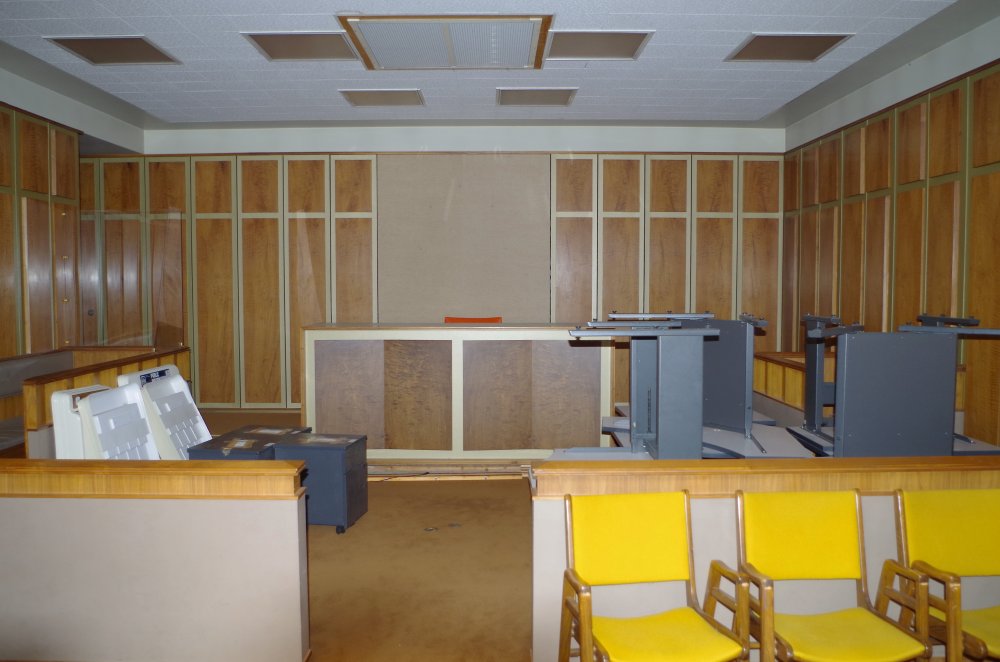 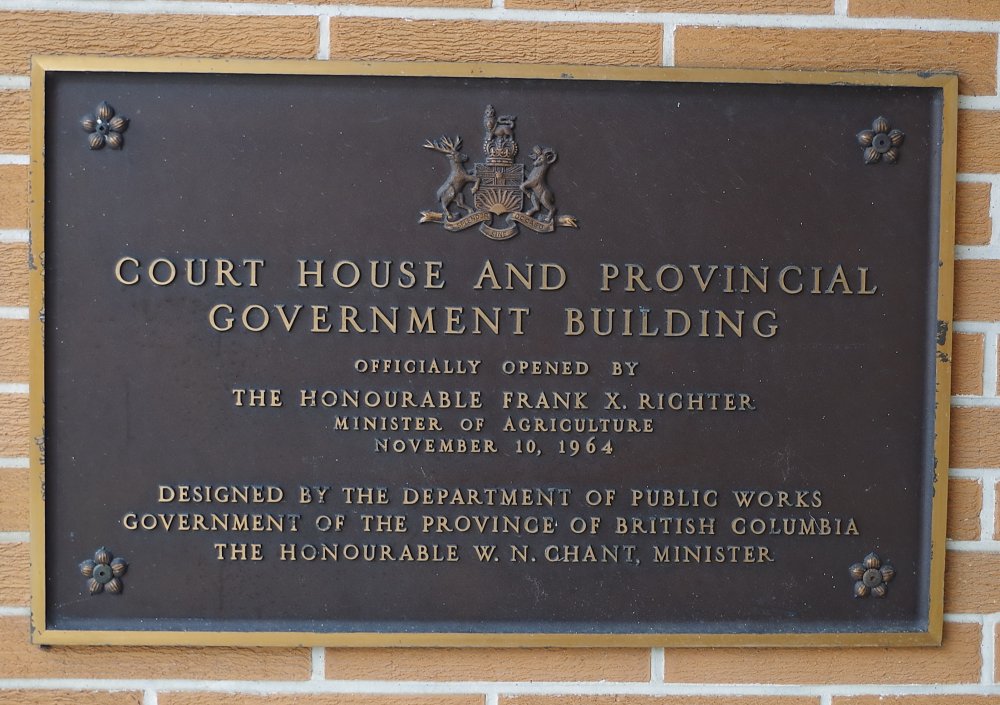