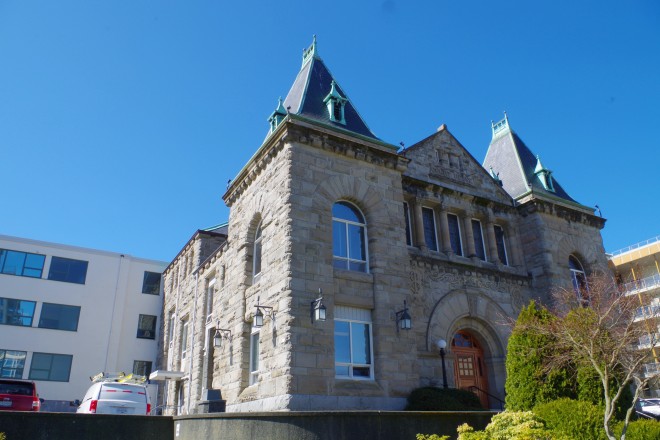 Location:  Nanaimo is located in the southwestern part of the Province on Vancouver Island

Description:  The building faces east and is a two story stone structure. The building is located on landscaped grounds along the waterfront in the centre of Nanaimo. The exterior is grey coloured rough-dressed masonry and prominent round arched openings. The east front has a large square stone tower on each corner with steep roofs. The centre section is recessed with a large arched entrance on the first story. The second story has a row of five arched windows with raised peak above.  The rear addition was constructed in 1957. The building is named as Law Courts Nanaimo and houses the Supreme Court and the Provincial Court.

Note:  The previous courthouse was designed by Elmer H Fisher and built by Harrison and Grant in 1887 at a cost of $4,255. The building was demolished. The cost of construction of the present courthouse was $35,000. 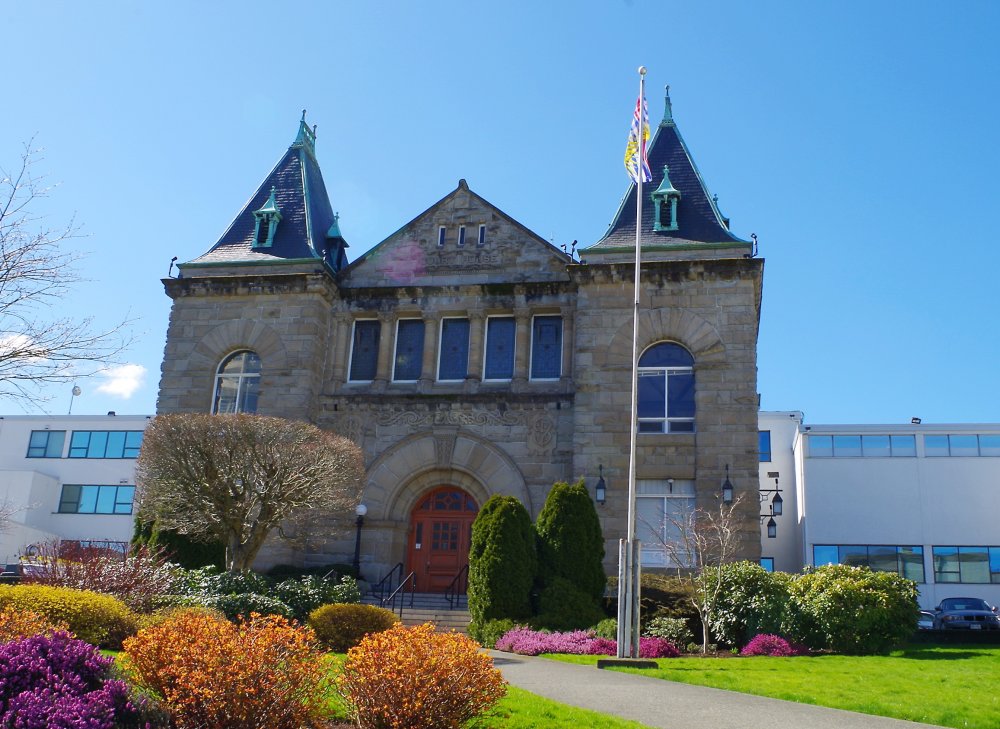 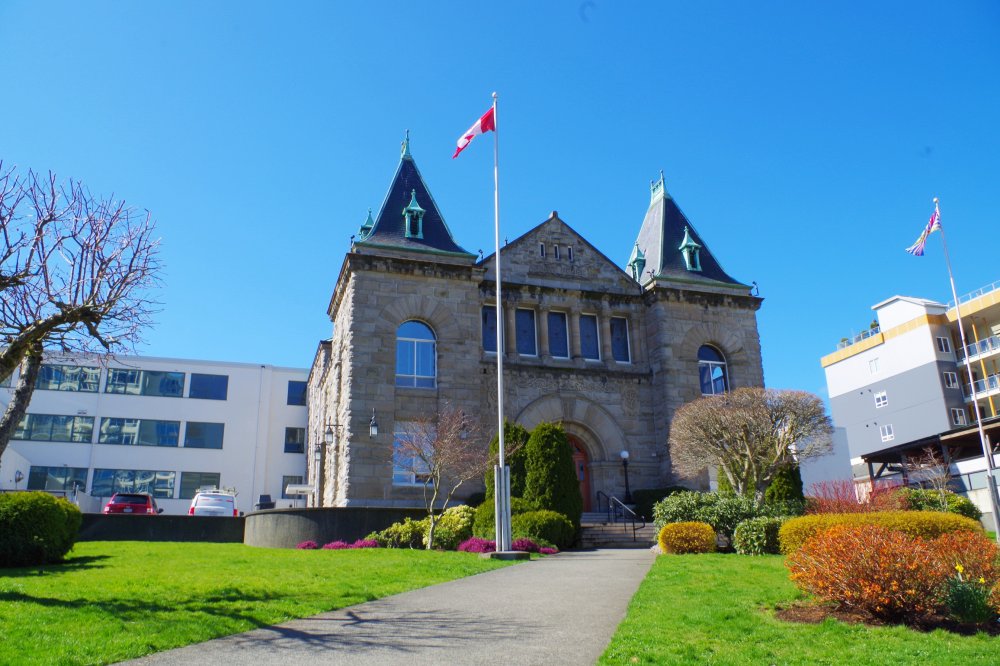 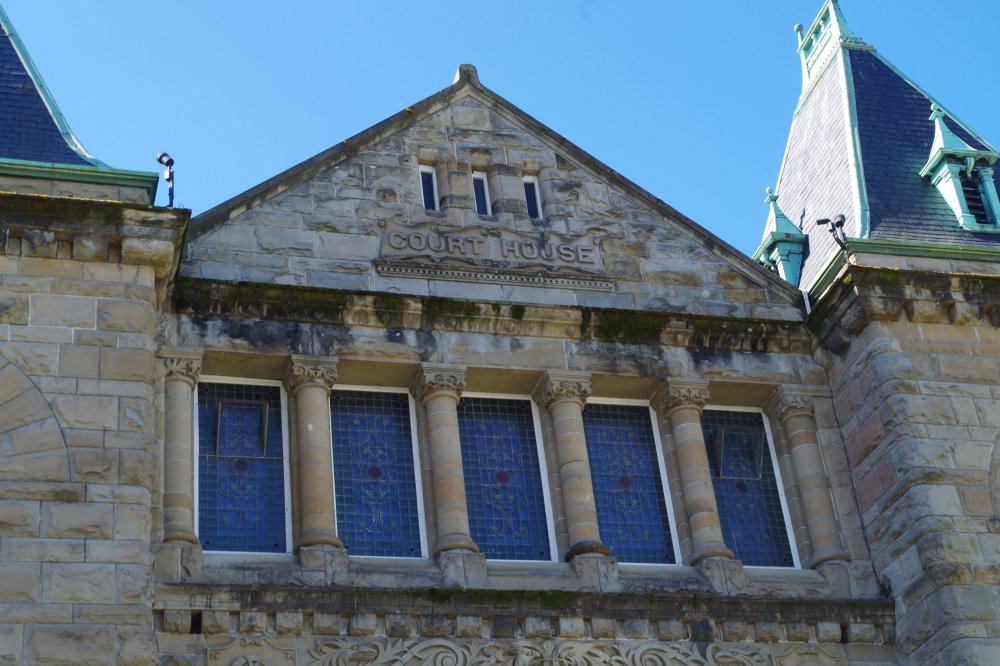 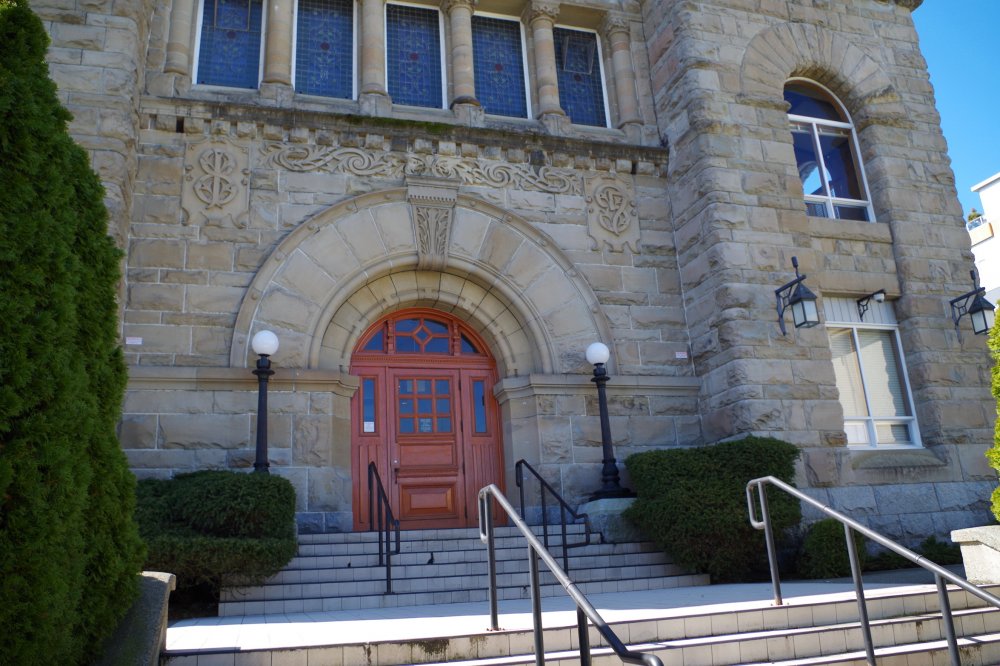 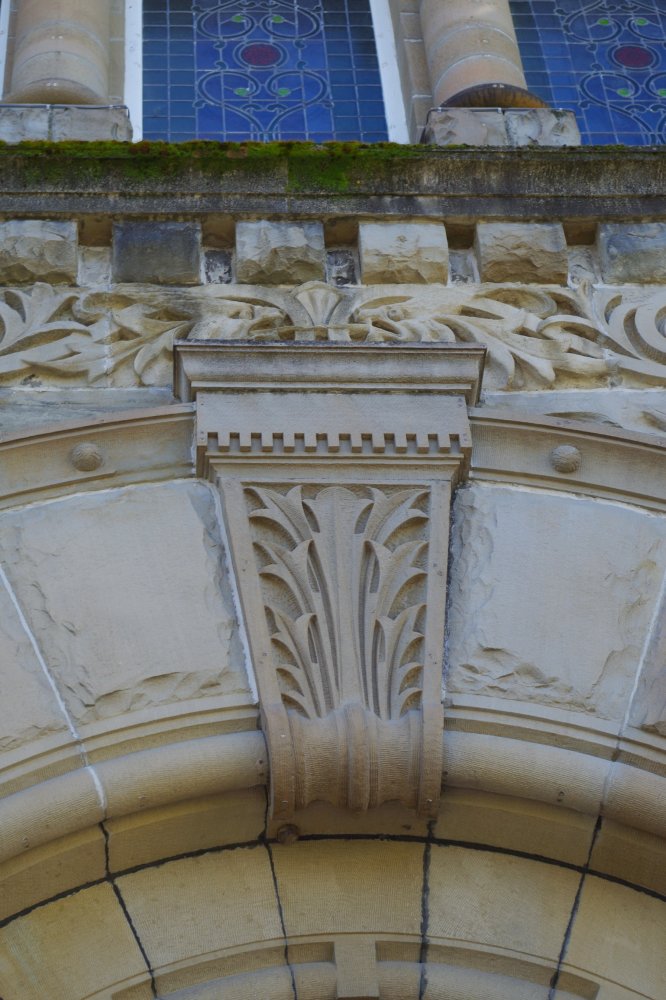 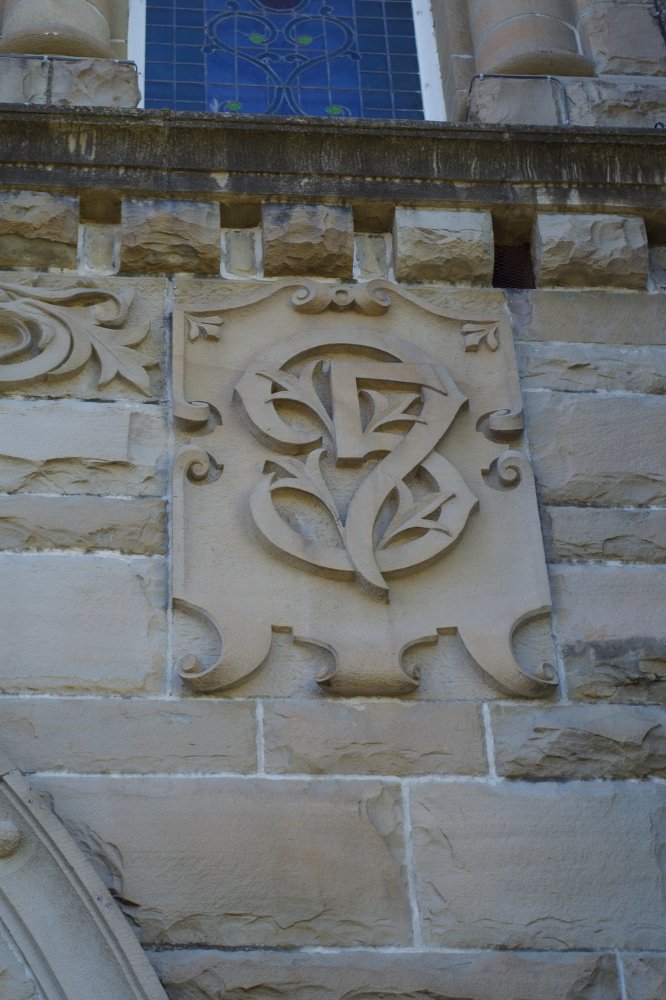 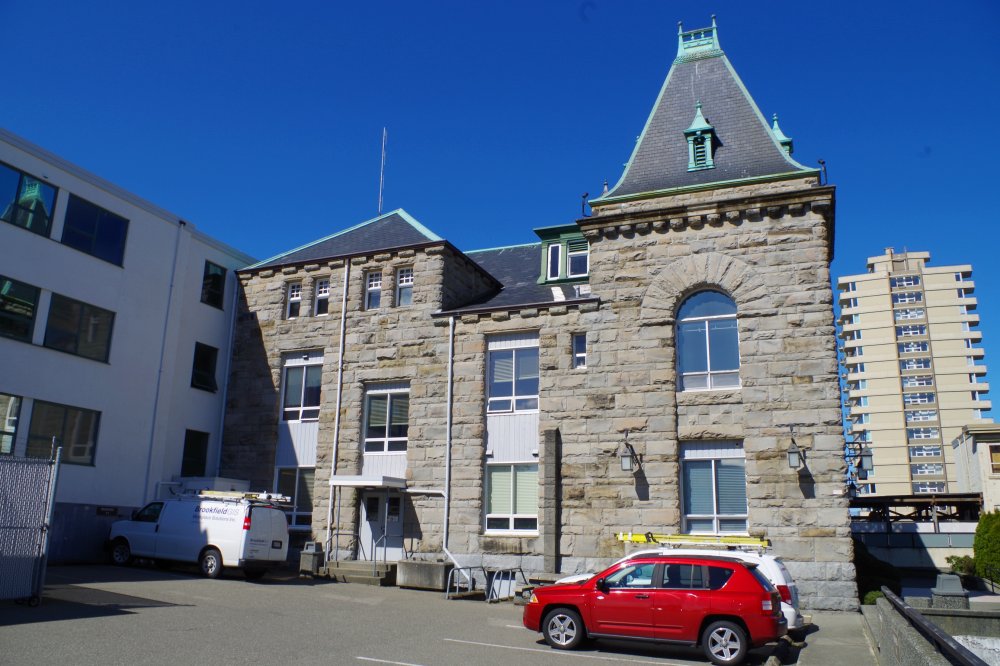 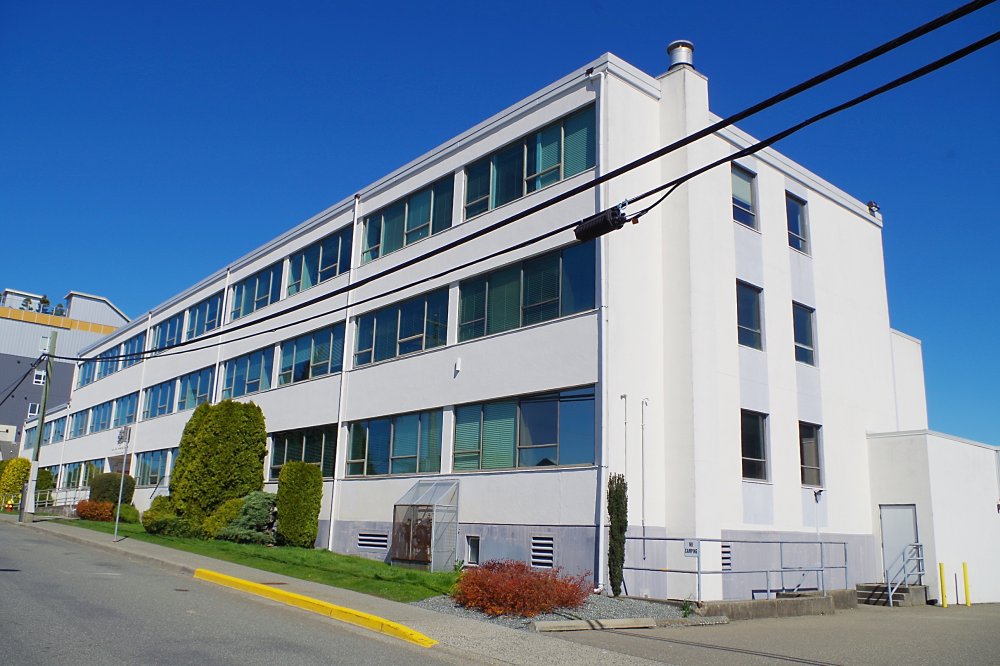 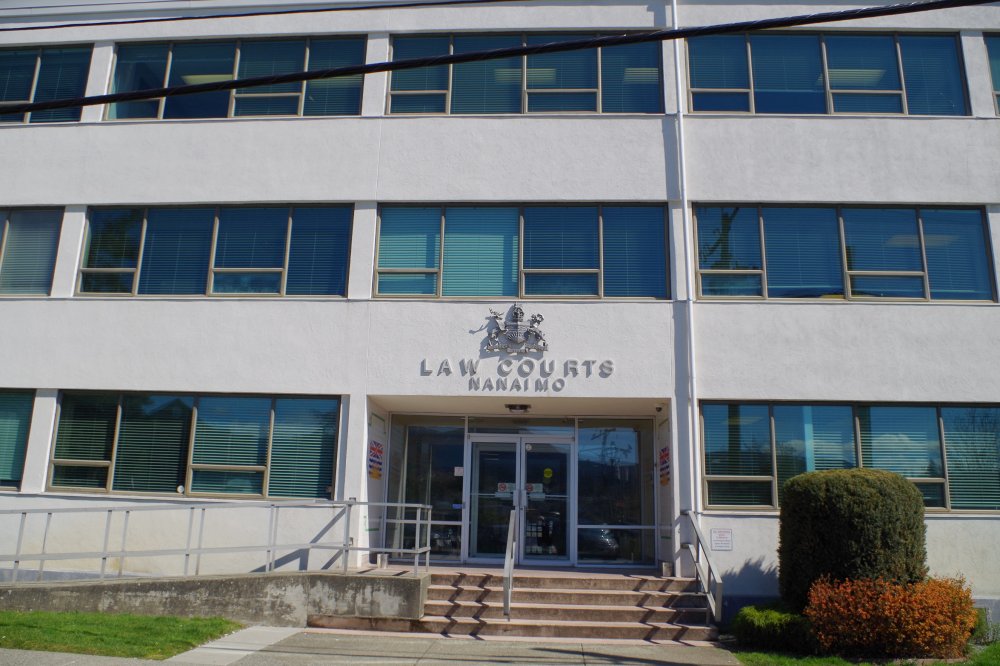 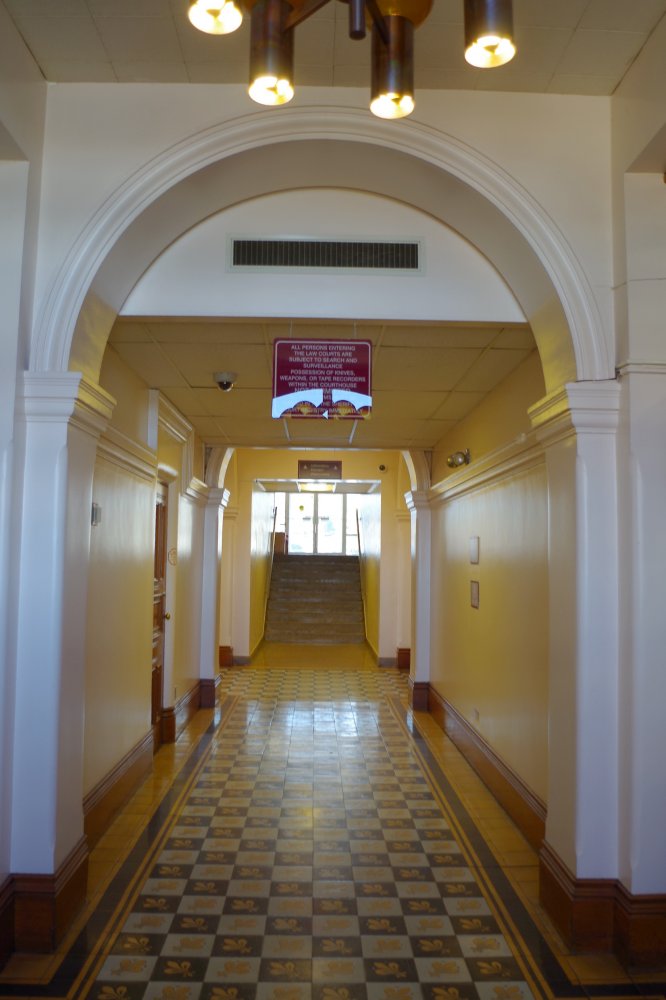 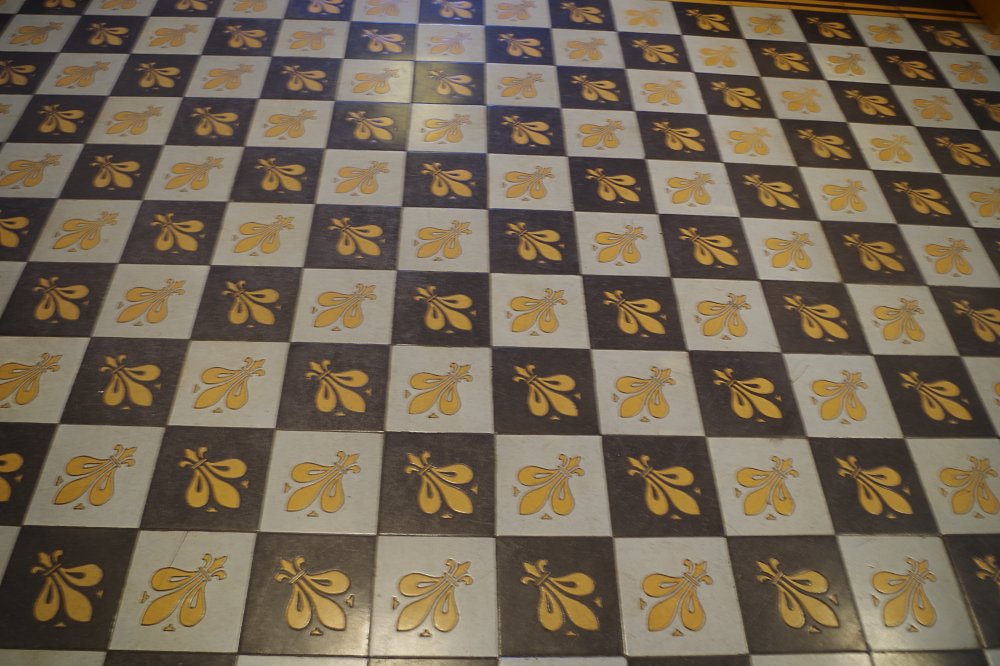 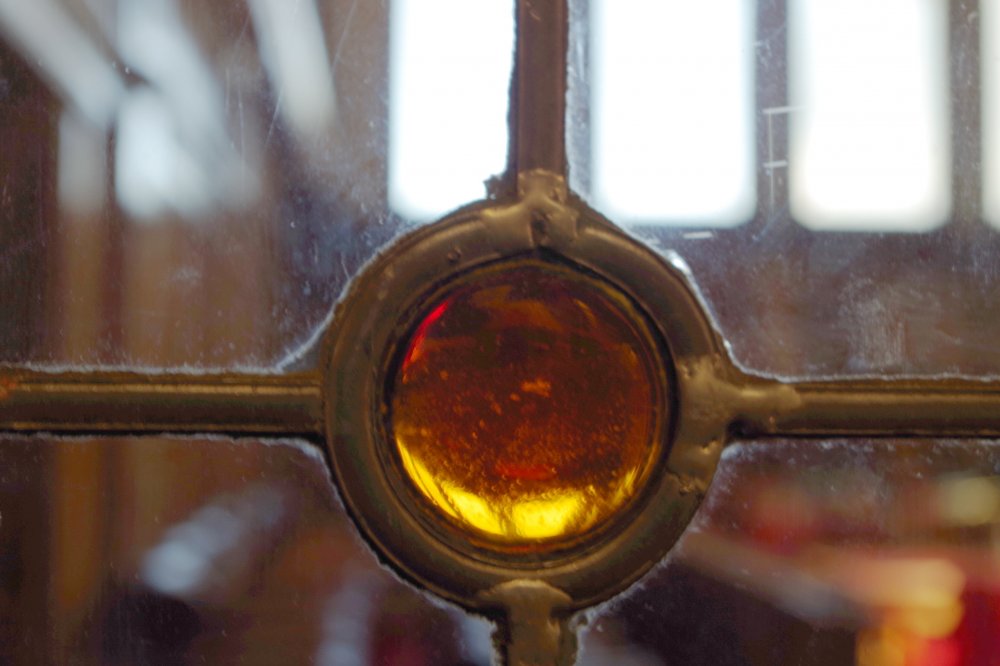