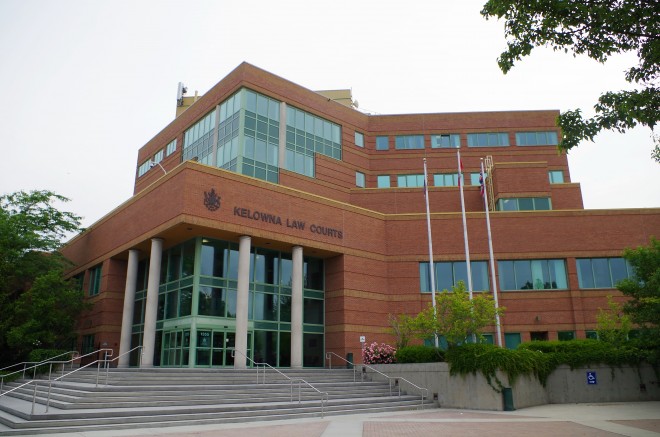 Kelowna is named for the Okanagan language term for “grizzly bear”.

Location:  Kelowna is located in the south central part of the Province.

Description:  The building faces south and is a five story red coloured brick, glass and concrete structure. The building is located on landscaped grounds in the centre of Kelowna. The southwest corner has wide steps ascending to a two story entrance section with four concrete columns and recessed glass walls. On the northeast side, the building rises to five stories with horizontal glass windows. The roof line is flat. The building is named as the Kelowna Law Courts and houses the Supreme Court and the Provincial Court.

Note:  The previous courthouse was located on the west side of Water Street which is now part of the waterfront park. 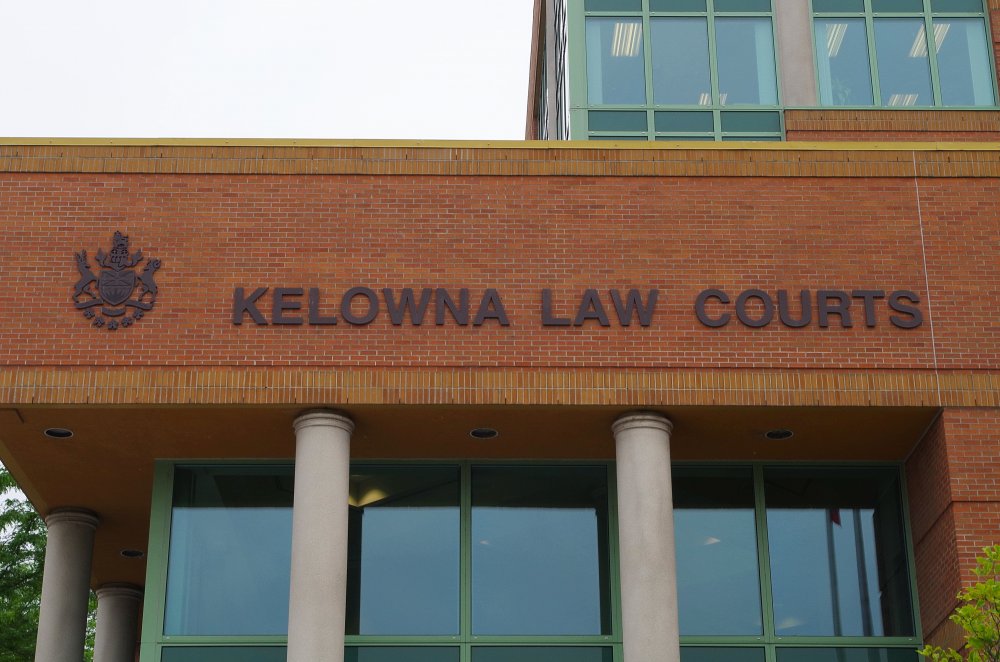 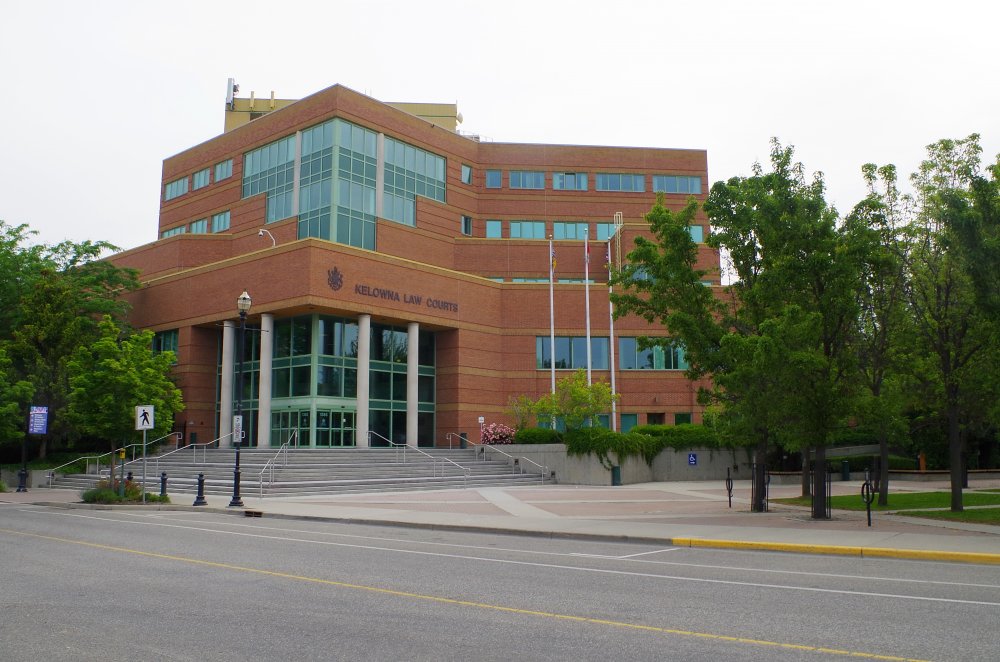 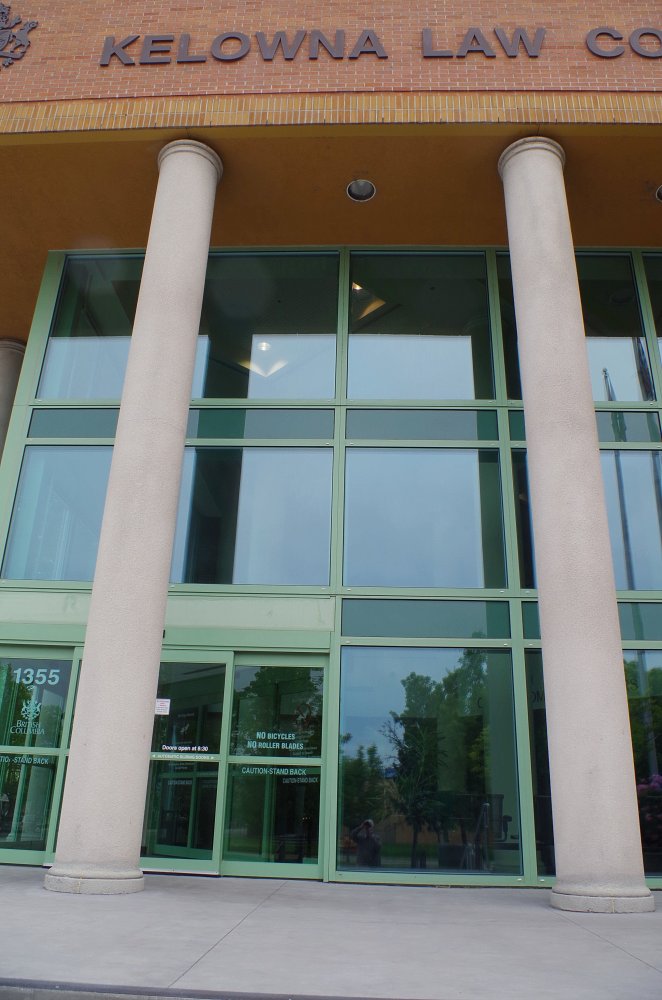 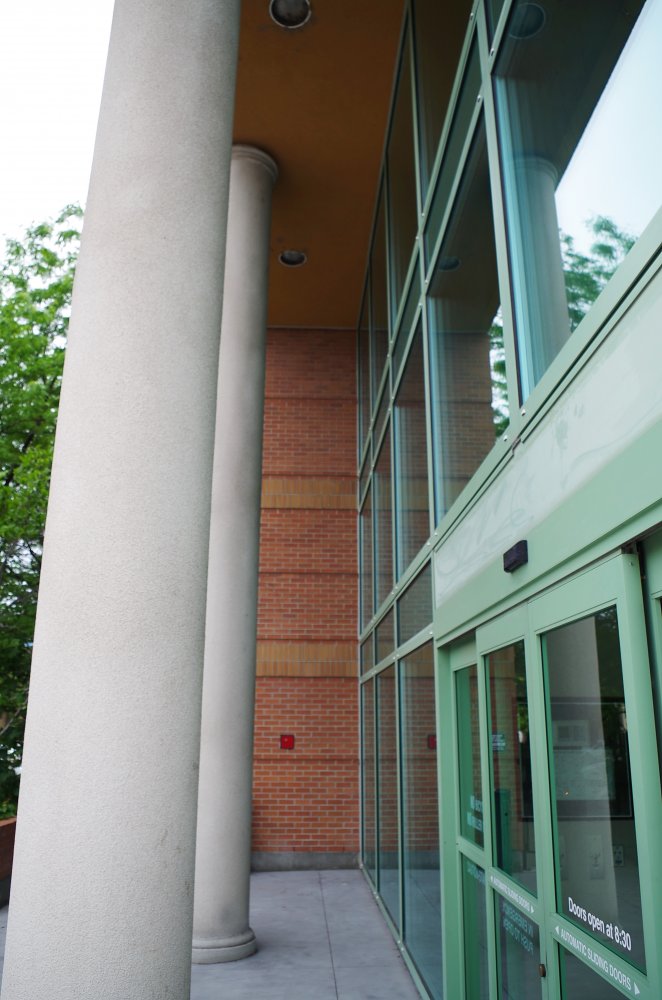