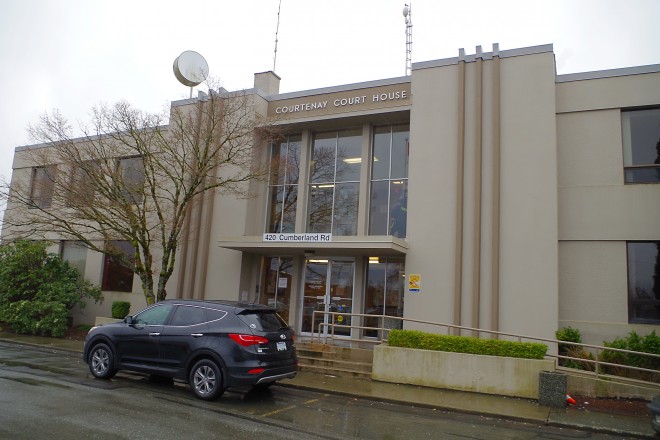 Courtenay is named for the Courtenay River, which was named after George William Courtenay, captain of the British ship HMS Constance.

Location:  Courtenay is located in the western part of the Province on Vancouver Island.

Architect:  Henry Whitaker of the Department of Public Works

Description:  The building faces north and is a two story light brown coloured stucco and concrete structure.  The building is located on landscaped grounds in the centre of Courtenay. The north front has a wide projecting central section with glass entrance on the first story and large glass windows on the second story. The roof line is flat. The building houses the Supreme Court and Provincial Court..

See:  The contractor, Dawson and Hall Limited of Vancouver also constructed the courthouse in Penticton. 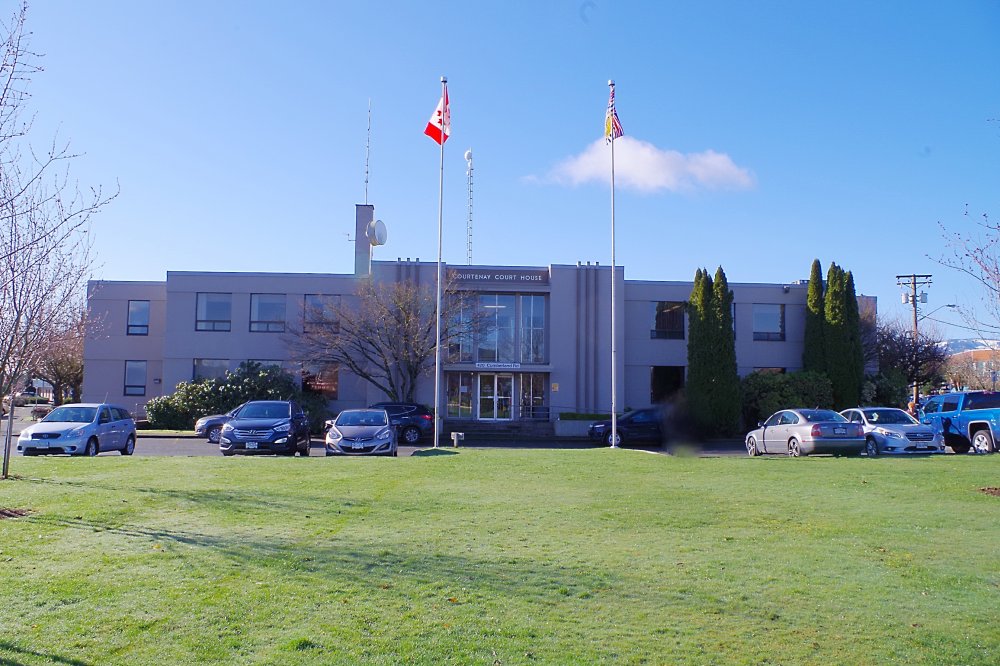 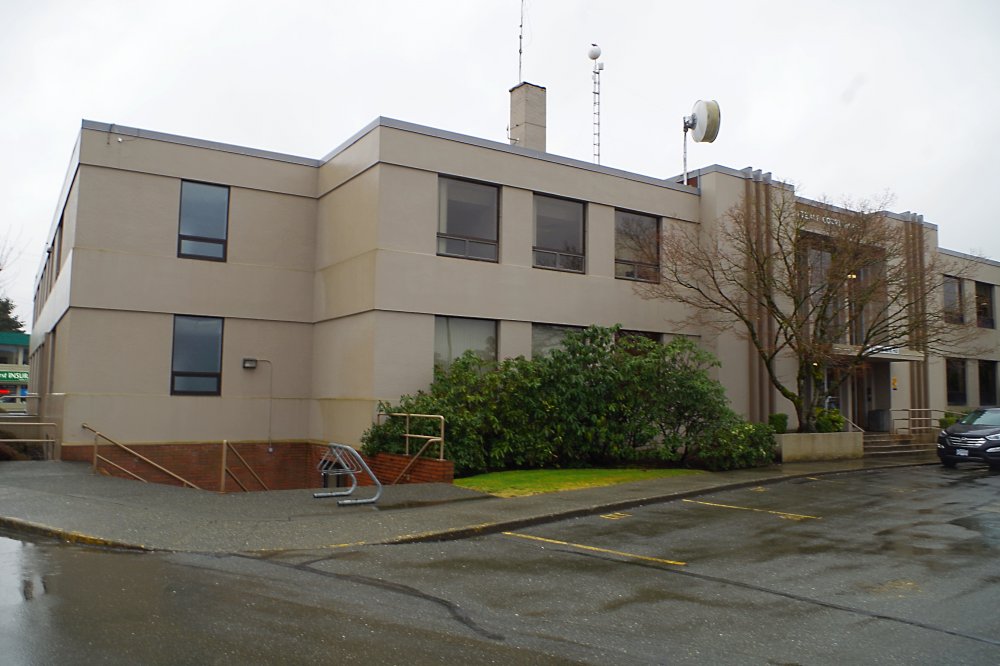 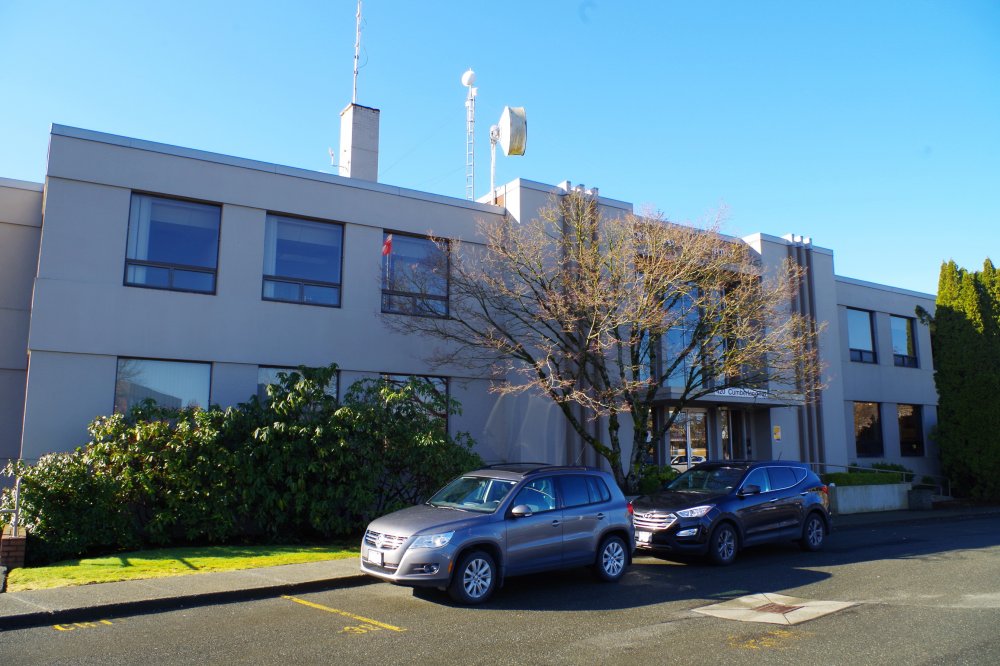 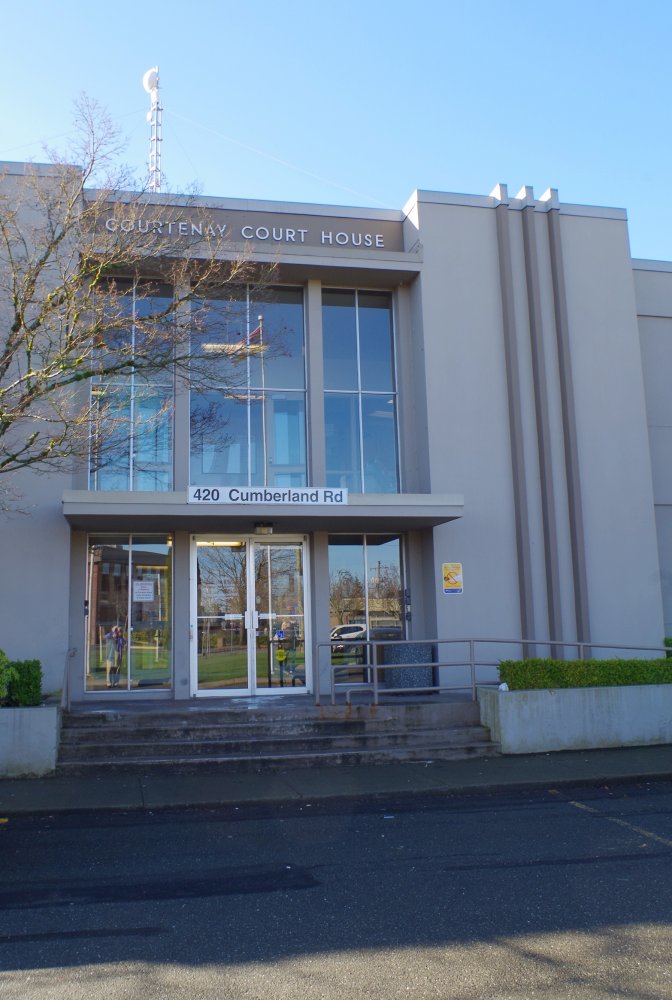 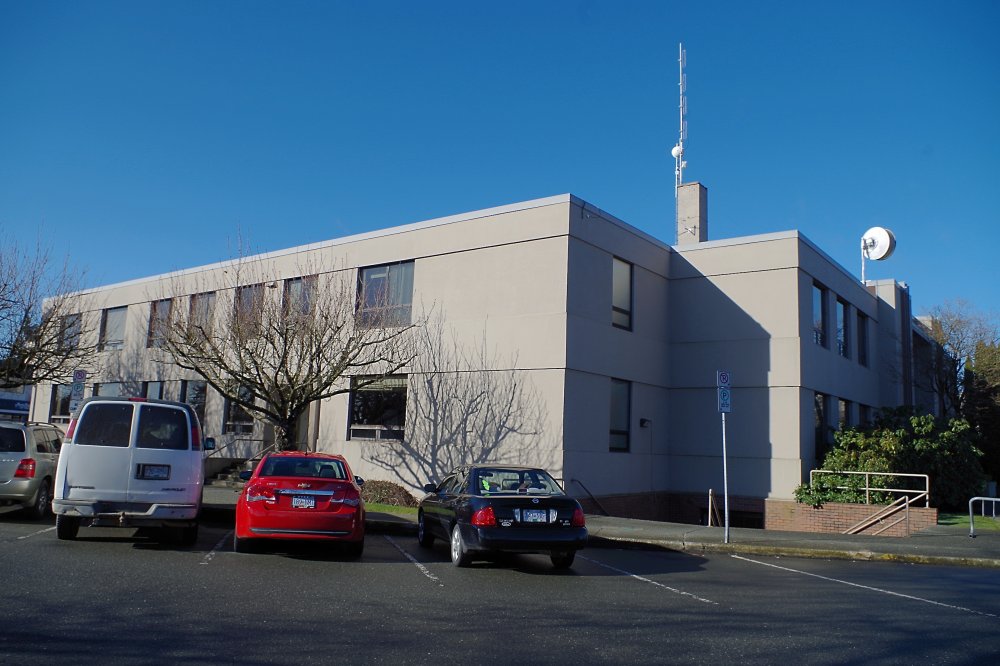