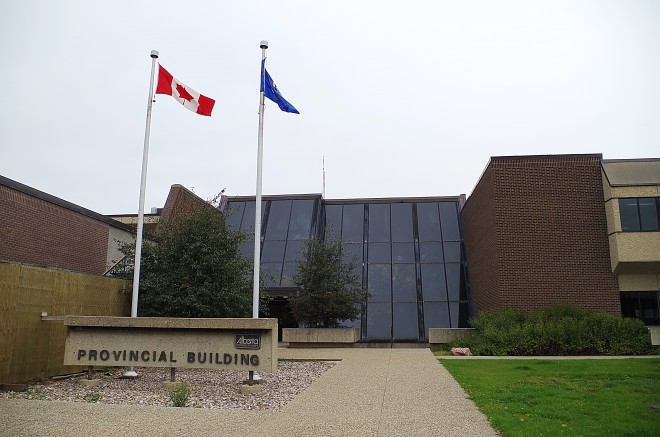 Whitecourt named by Walter White, who was the postmaster and the son-in-law of former Kansas governor John W Leedy, who also settled in the community.

Location:  Whitecourt is located in the west central part of the Province. ..

Description:  The building faces south and is a two story brown coloured brick, glass and concrete structure. The building is located on spacious landscaped grounds in the centre of Whitecourt. The south front has a sloping glass wall with recessed entrance. On the east side are two red coloured brick walls with concrete section between having a recessed first story. The roof line is flat. At the entrance is a two story atrium behind the sloping glass wall. The courtroom is on the east side of the first story and houses the Provincial Court. The building is the Provincial Building. An addition was constructed in 1994. The architect was N W Stroich Architect Ltd. An addition was constructed on the west side in 2019. The architect was Alberta Infrastructure and the contractor was K-Rite Construction Ltd. of Edmonton. 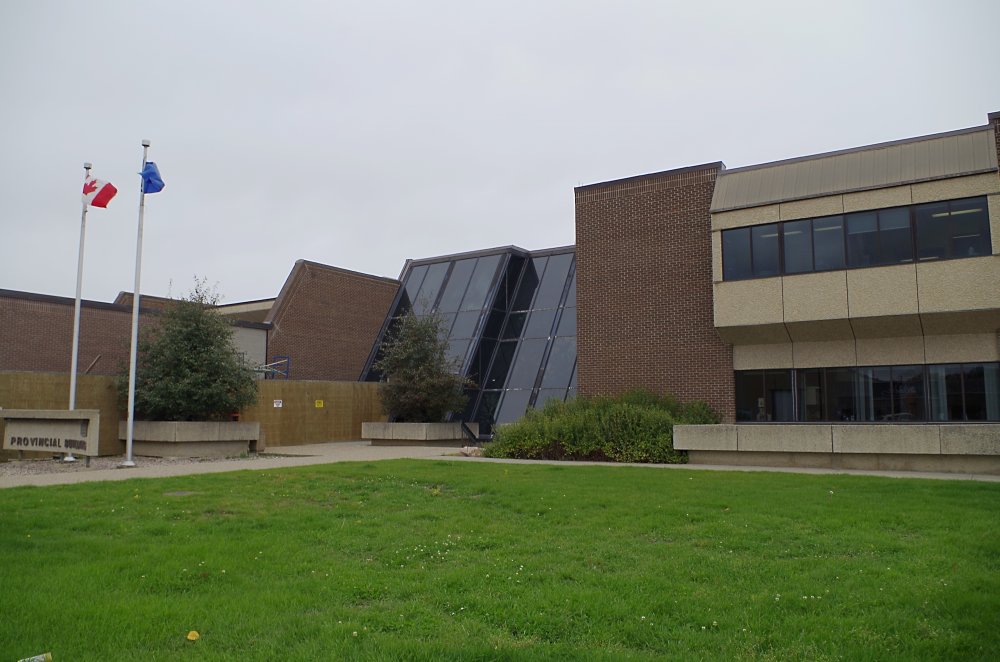 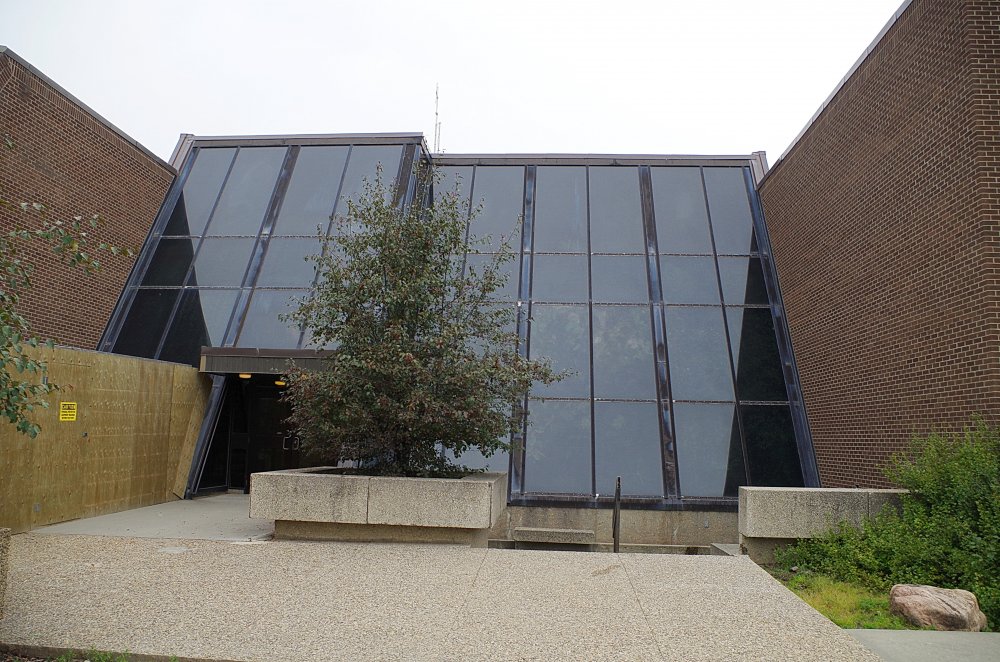 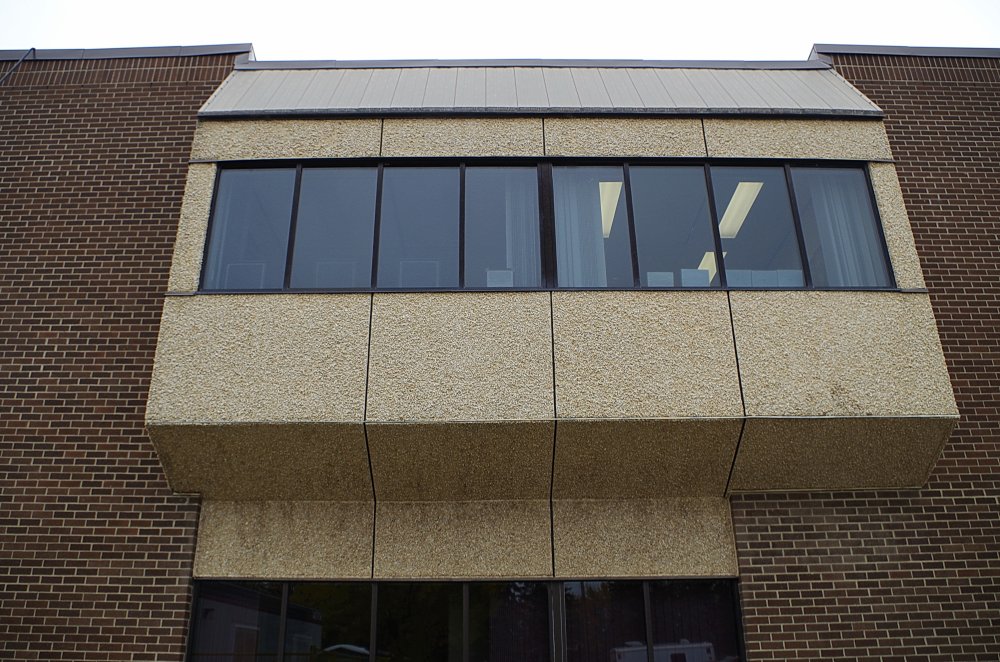 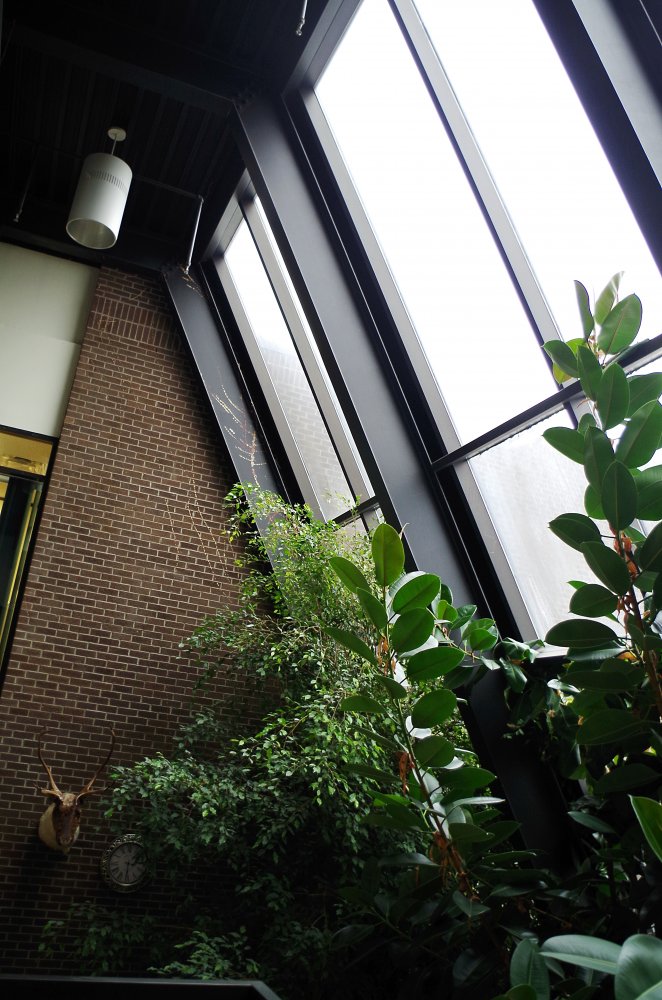 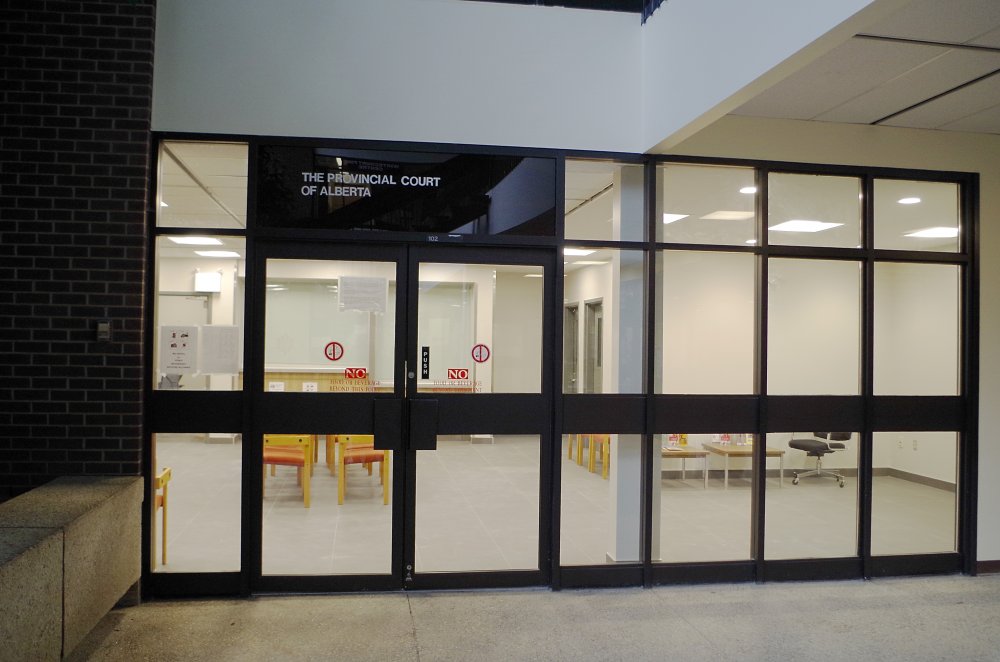 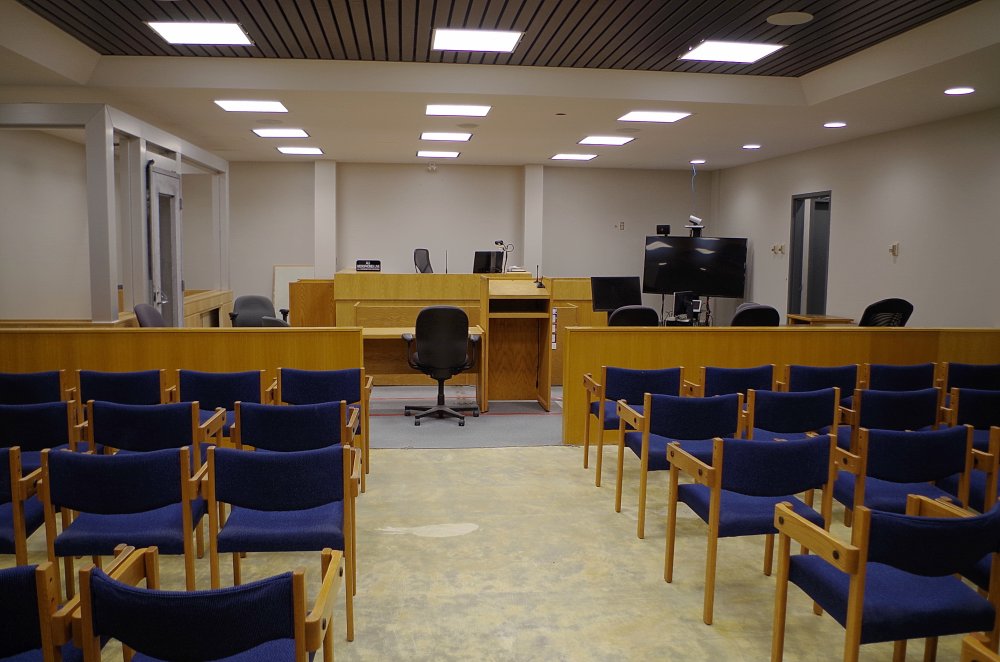