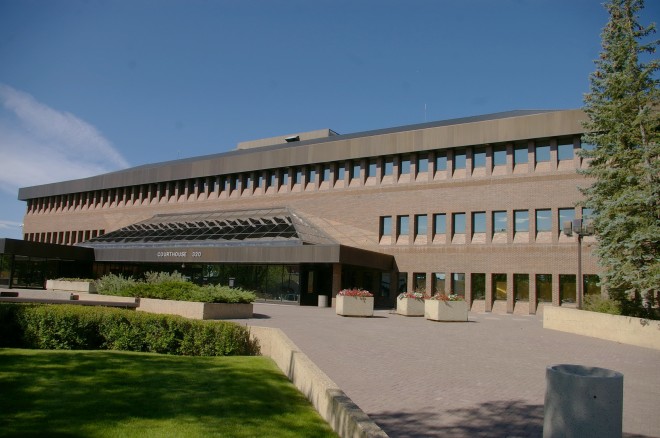 Lethbridge is named for William Lethbridge, who was president of the North Western Coal and Navigation Company which developed coal mines in the region.

Location:  Lethbridge is located in the southwest part of the Province along the Oldman River.

Description:  The building faces east and is a four story brown coloured brick, concrete and glass structure. The east front has a large plaza with steps down to the street. A one story entrance lobby on the second story extends from the main building and has glass panels and glass pitched roof. The windows are recessed and a wide band runs below the flat roof line. 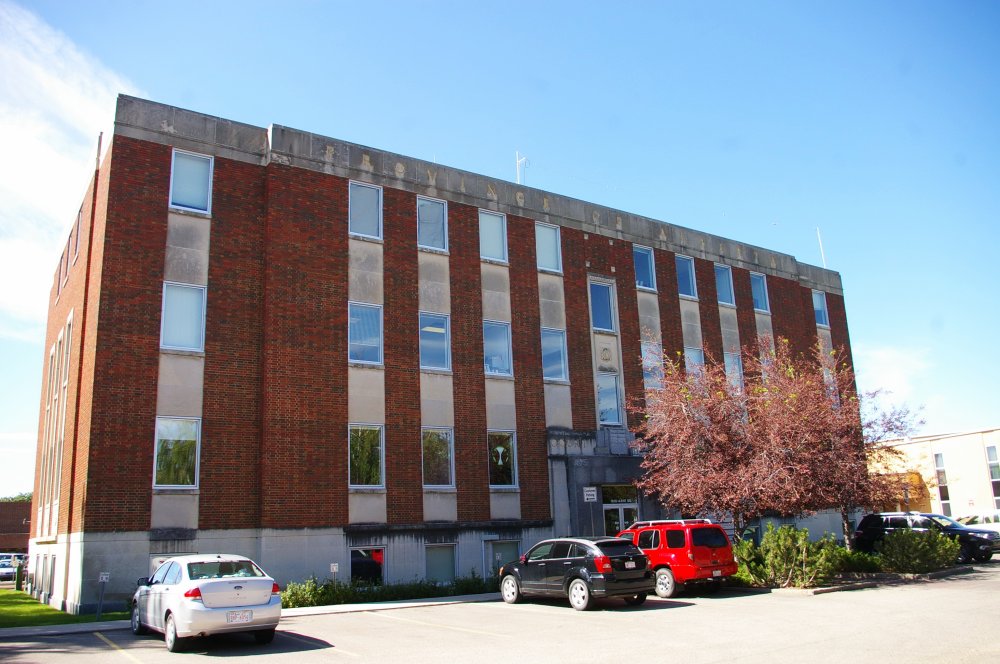 Description:  The building faces north and is a three story red coloured brick and concrete structure. The north front has a central entrance framed with limestone with the shield of the arms of Alberta above. The windows are vertical with limestone panels between the floors. A concrete band runs along the flat roof line is flat. The building served as the courthouse until 1983.

Note:  The first courthouse was constructed in 1895 on the corner of 9th Street South and 1st Avenue South. The two story building became the Royal Canadian Legion. The previous courthouse was constructed in 1908 and was located on the corner of 4th Avenue South and 6th Street South. The Classical Revival building was demolished. 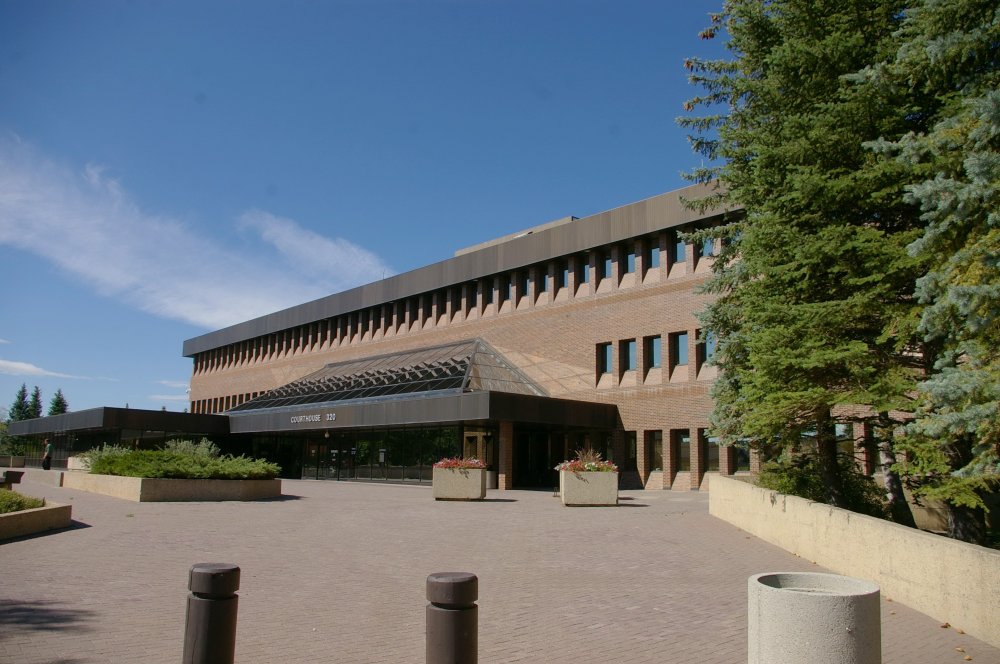 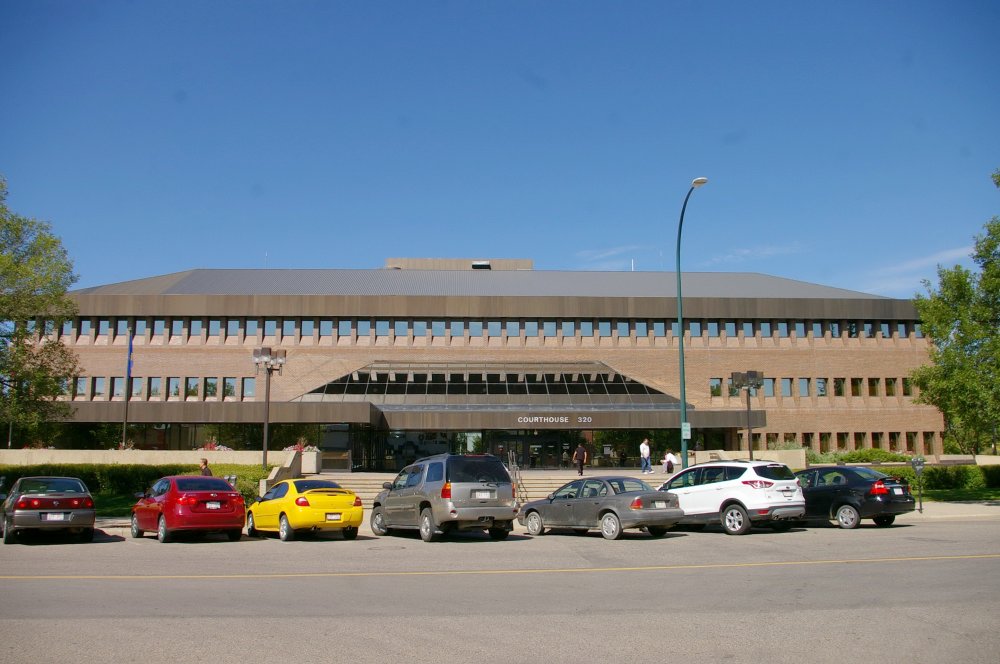 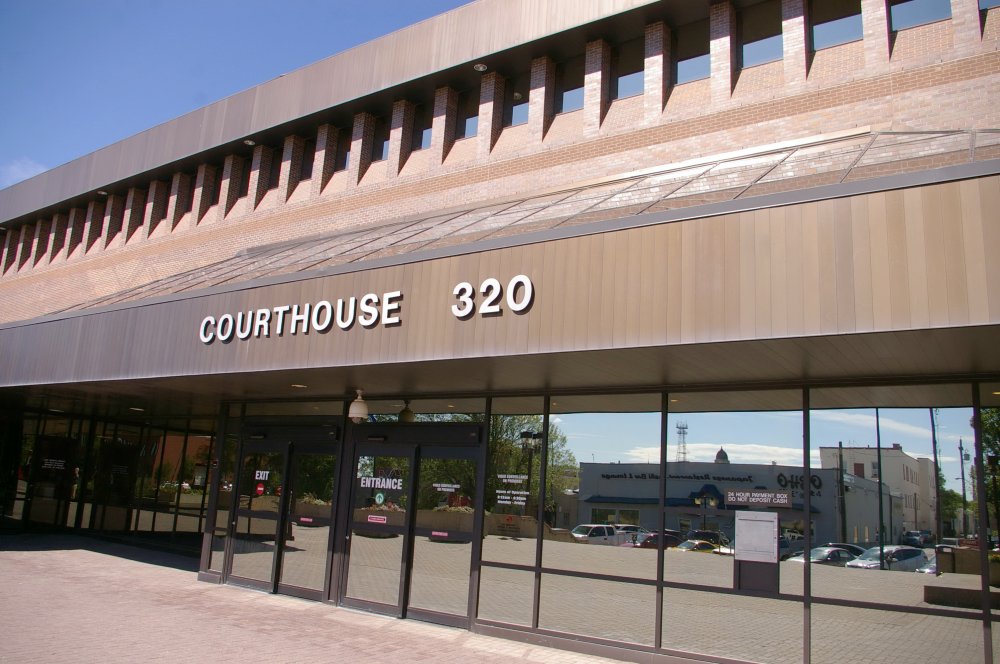 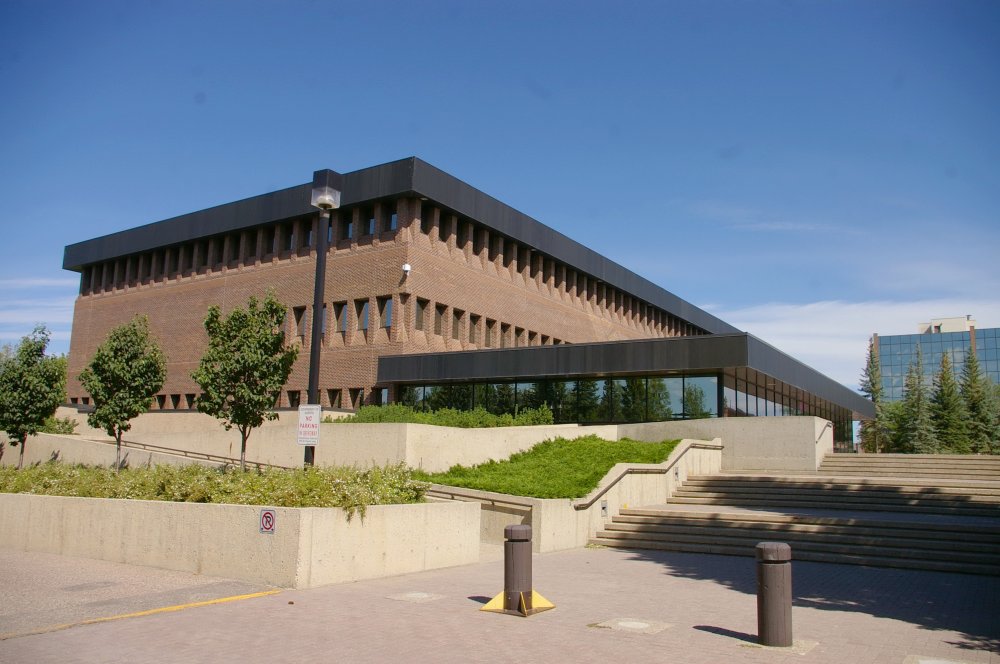 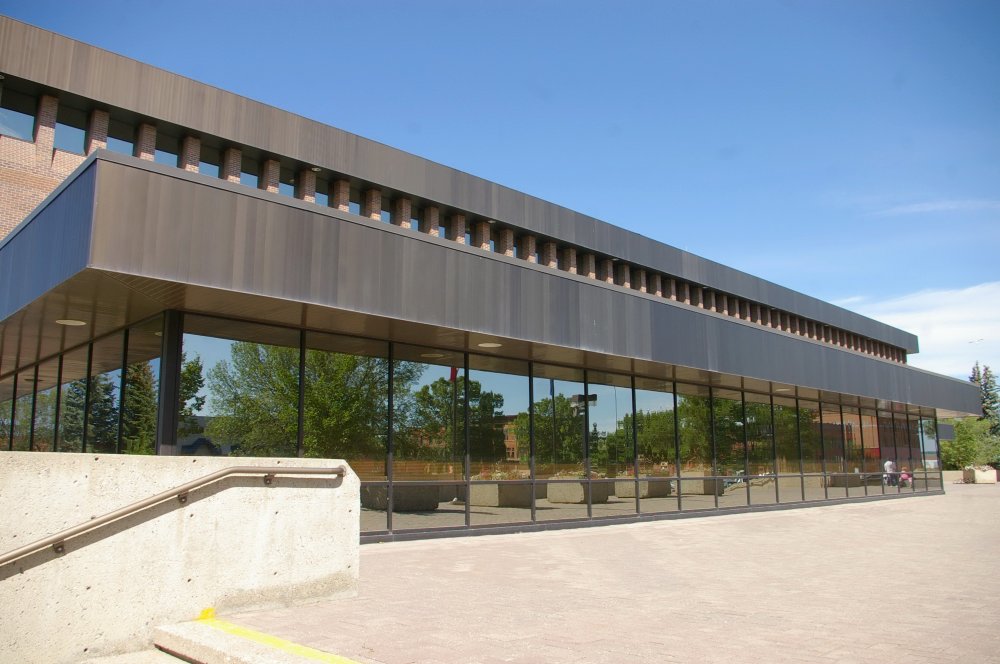 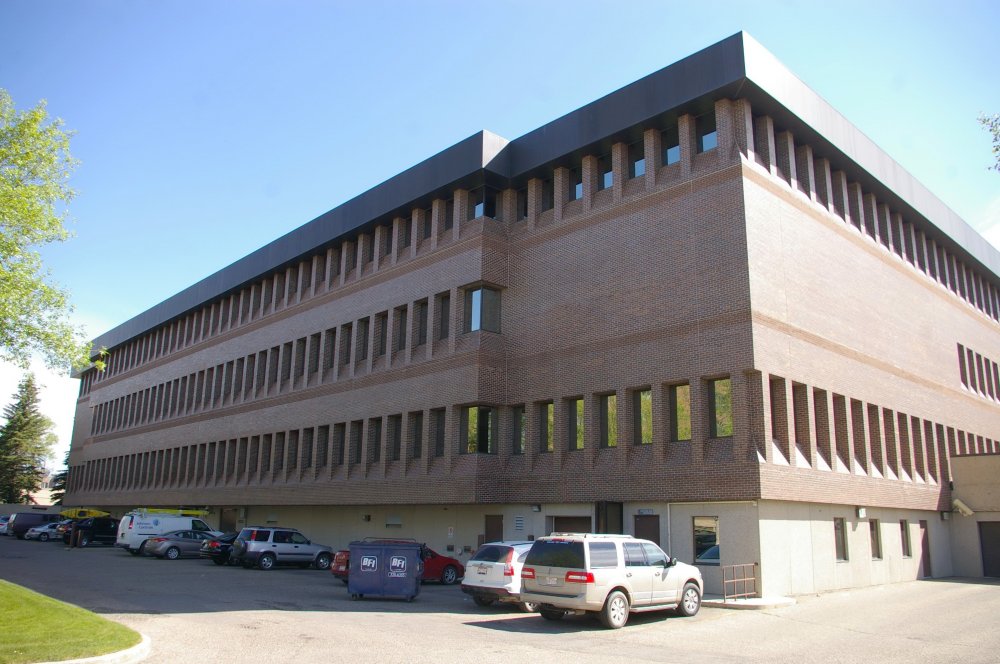 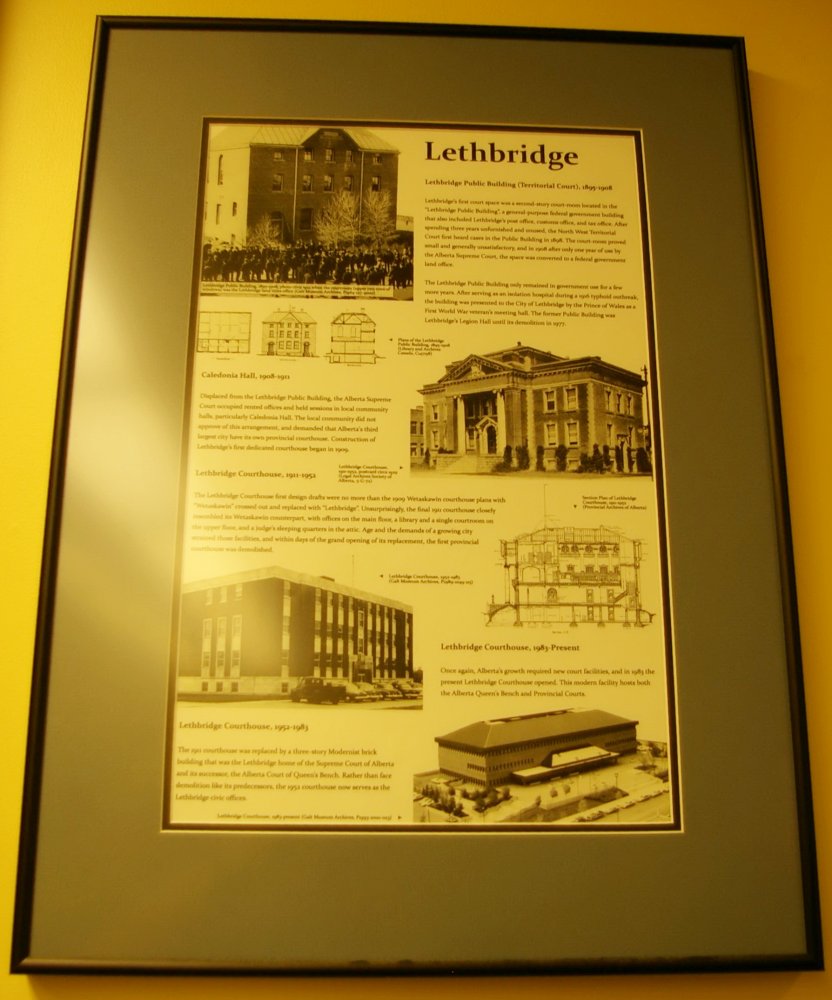 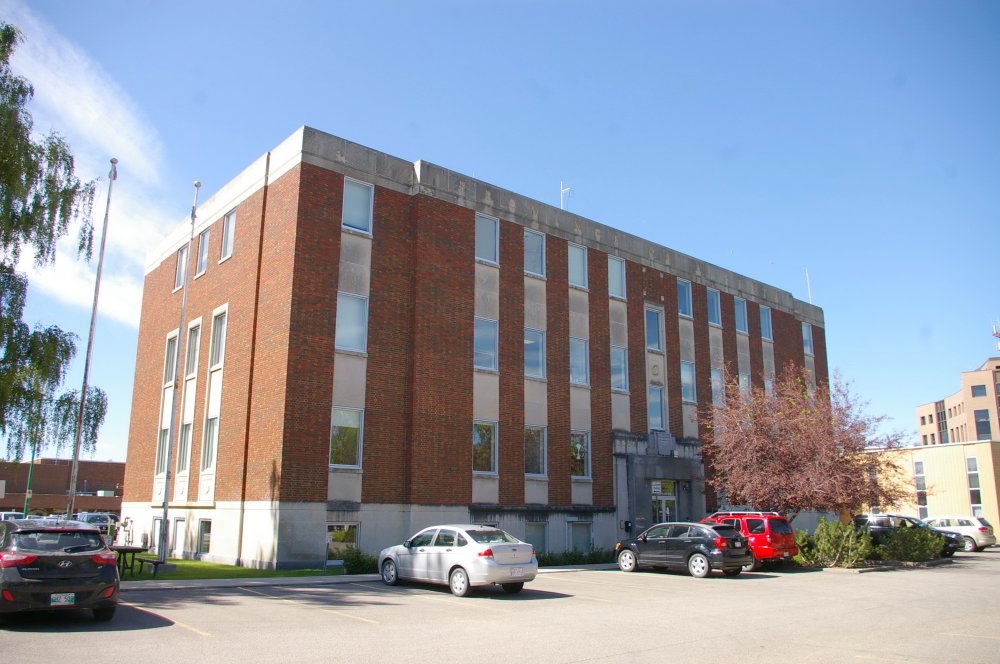 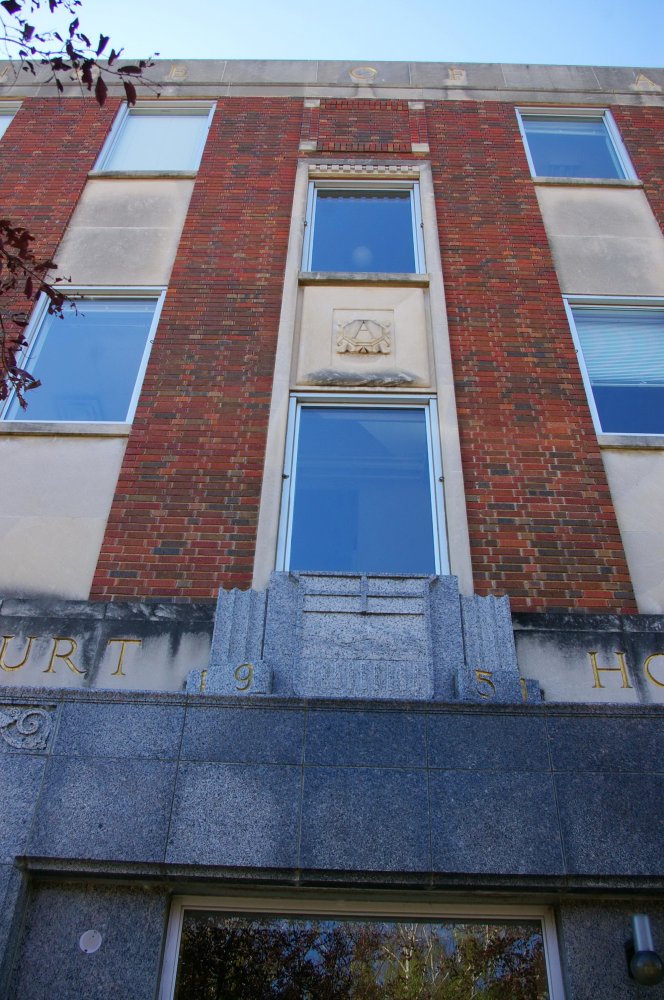 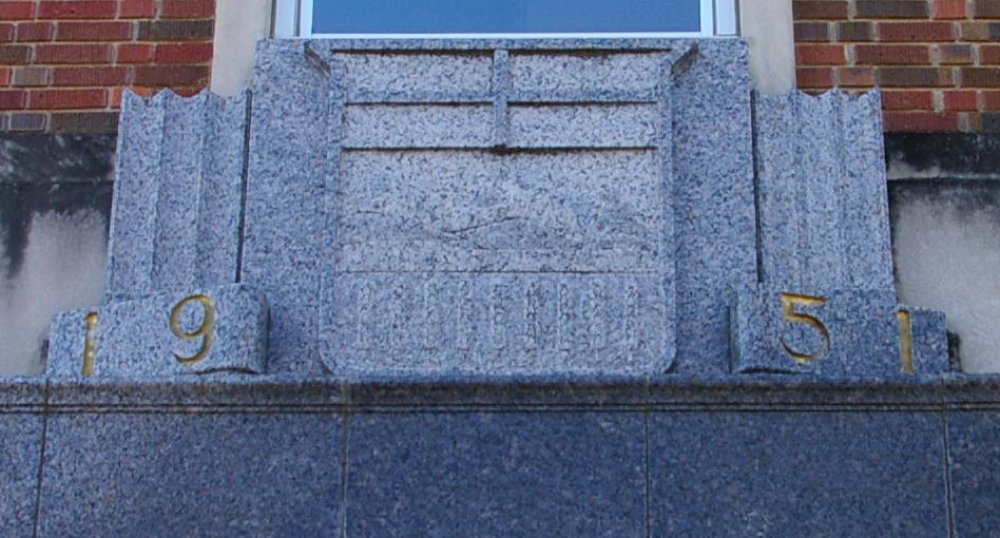 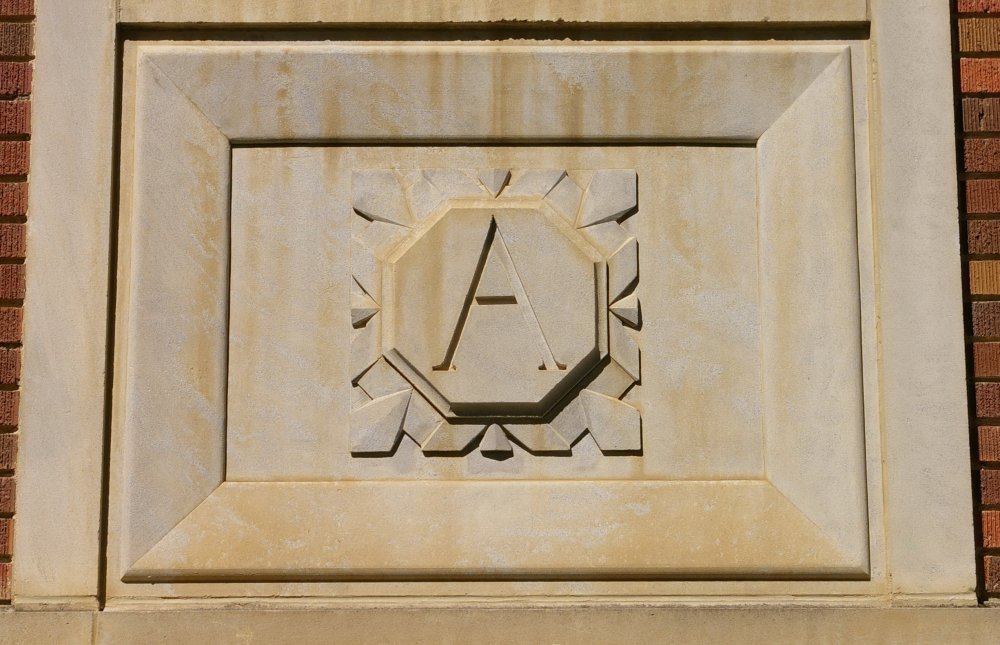 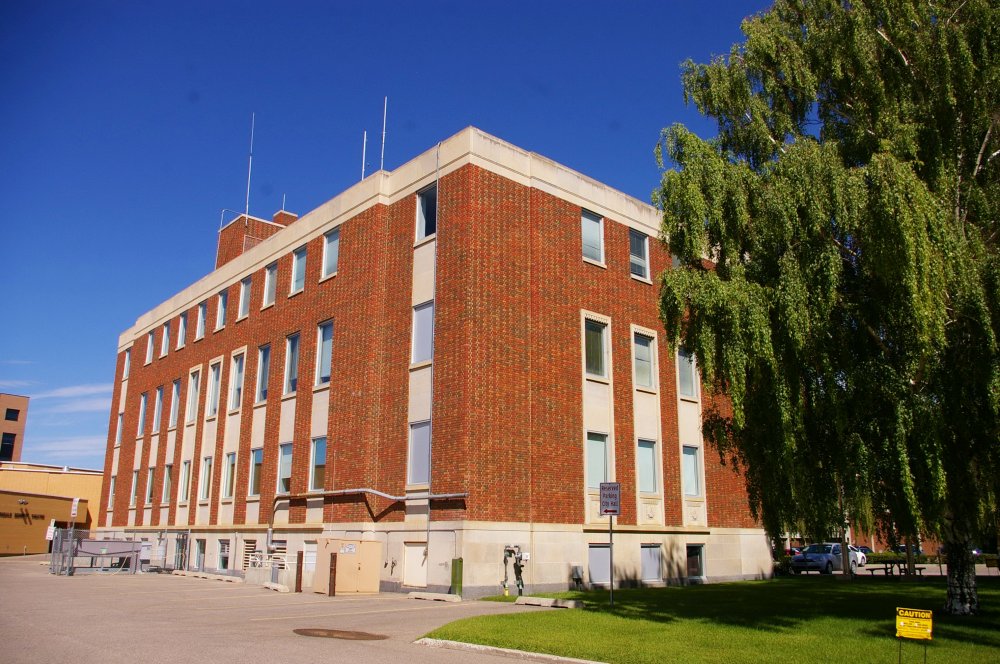