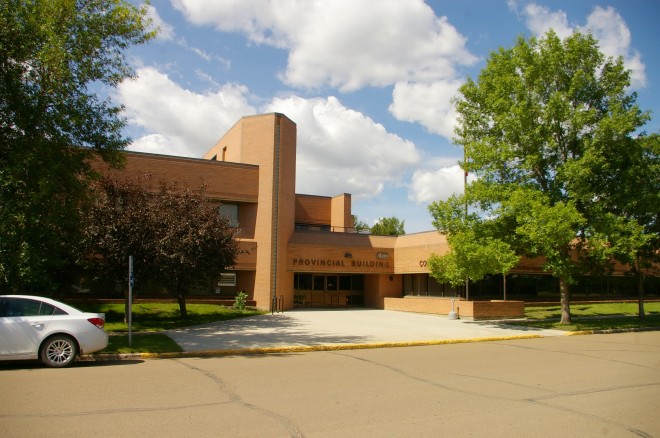 Hanna is named for D B Hanna, who was an executive of the Canadian Northern Railway.

Location:  Hanna is located in the south central part of the Province.

Description:  The building faces east and is a two story red coloured brick, concrete and glass. The building is located on landscaped grounds in the centre of Hanna. A central recessed entrance is located on the east front with the one story court section on the north side and the two story Provincial Building on the south side. On the south side of the entrance rises a brick tower which rises above the roof line. The roof line is flat. The windows are horizontal. 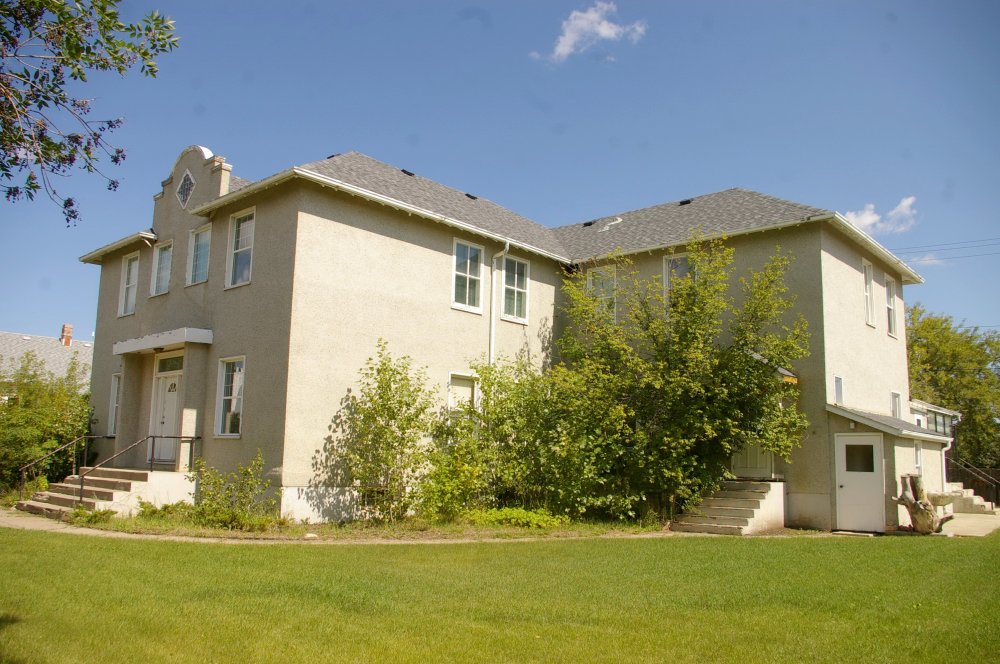 Architect:  D E McDonald of the Department of Public Works

Description:  The build faces west and is a two story white coloured stucco and wood structure. The building is located on landscaped grounds in the centre of Hanna to the north of the courthouse. The west front has a central entrance on the first story with small canopy above. At the roof line a section rises above the roof line. At the rear is a wing which extends south. The roof is hipped. The building stands vacant.

See:  Within the Drumheller / Hanna Judicial District is the Court of Queens Bench at Drumheller and Provincial Courthouses located at Strathmore. 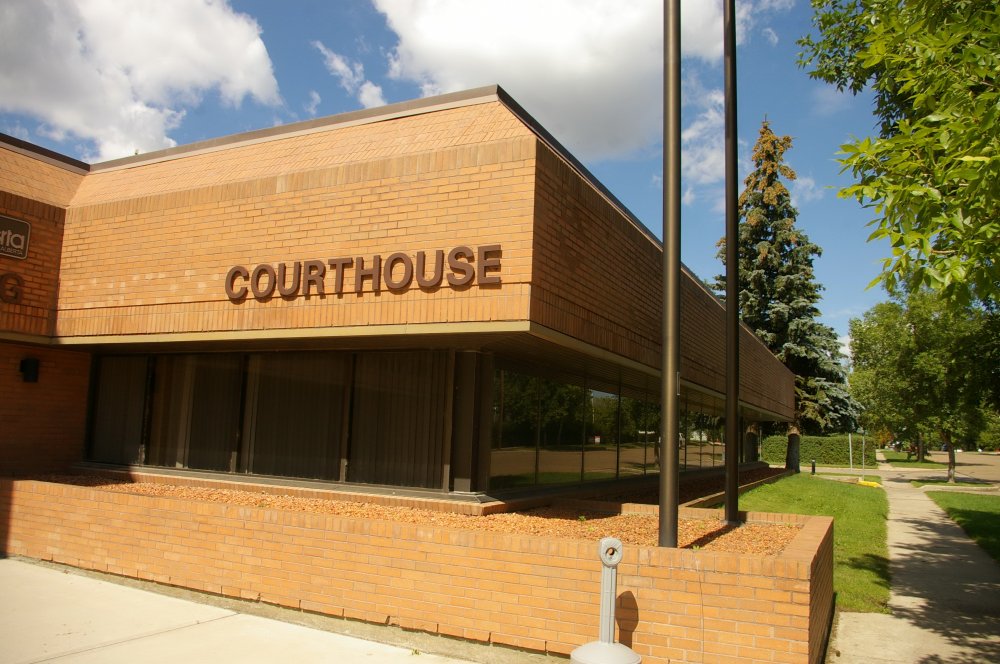 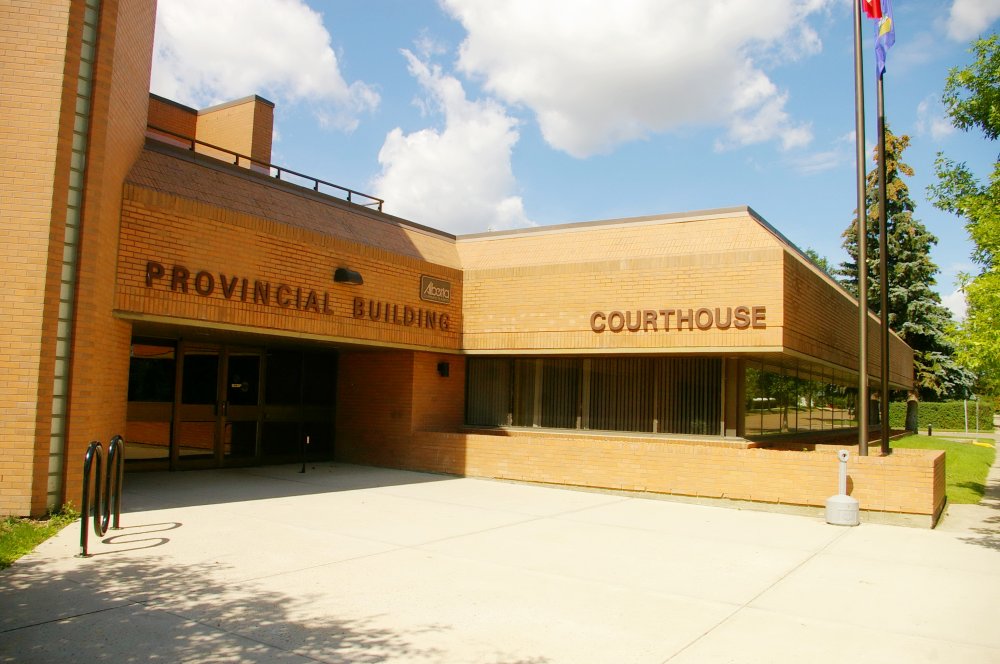 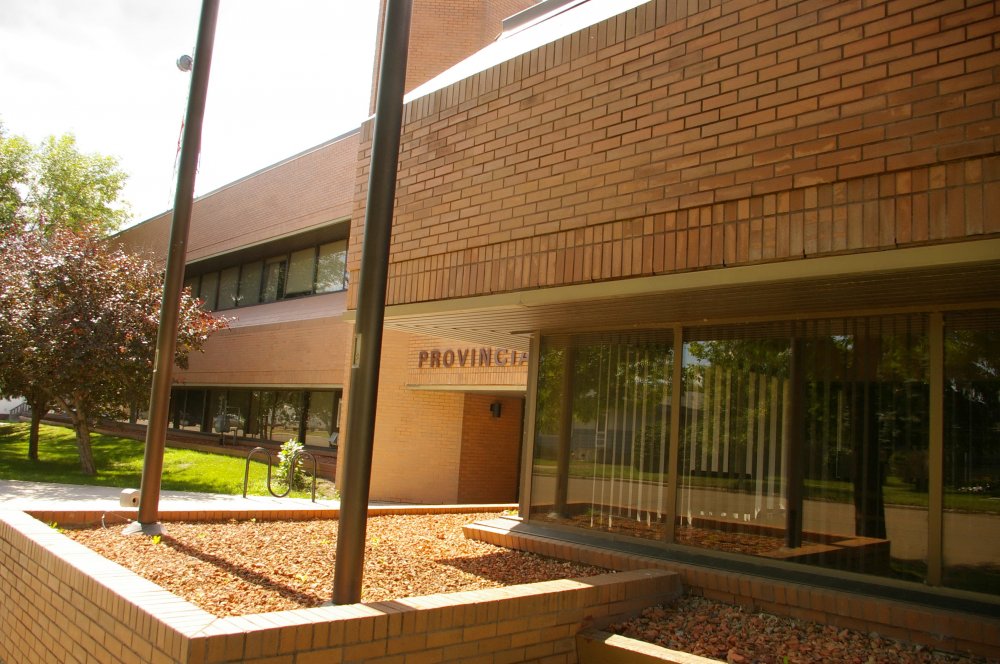 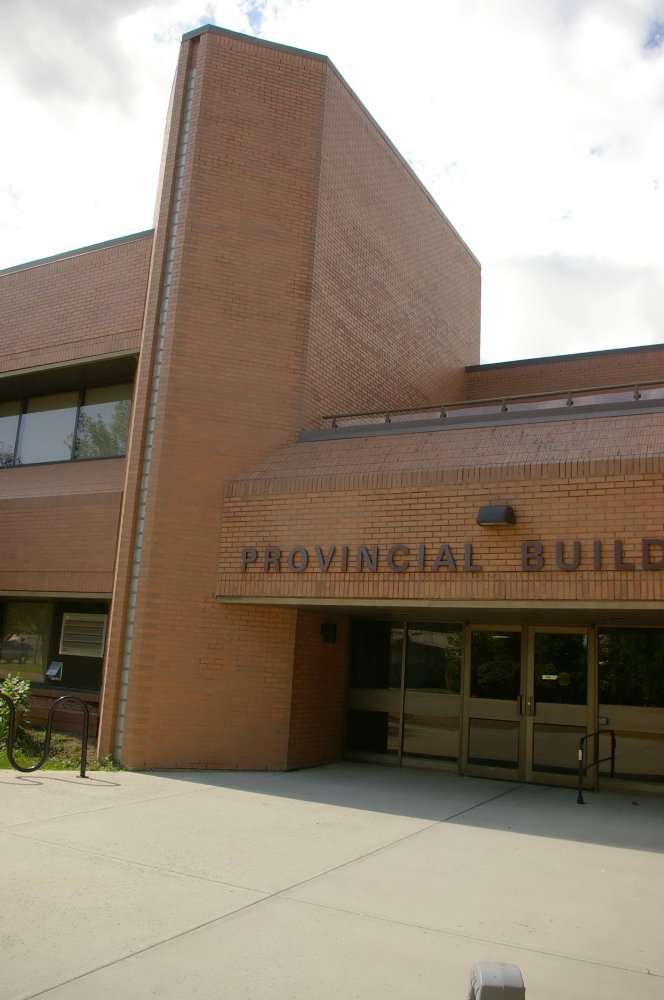 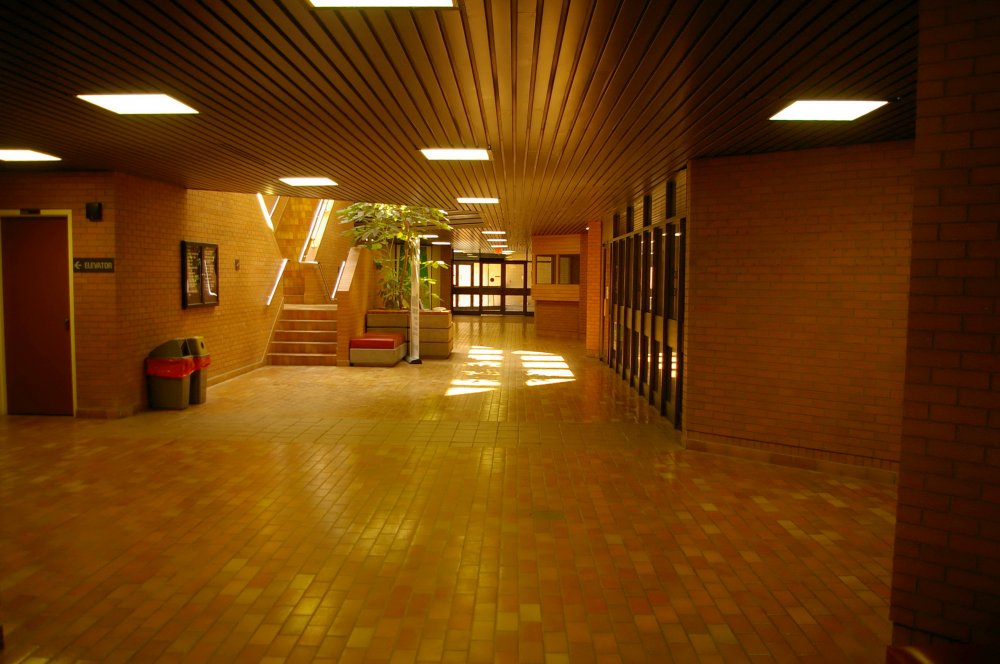 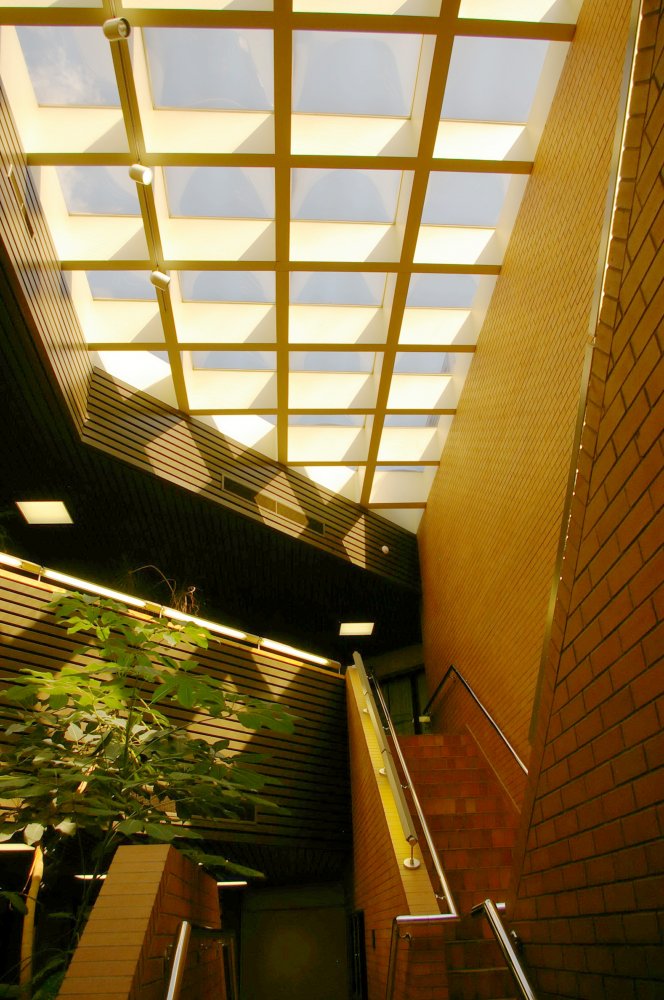 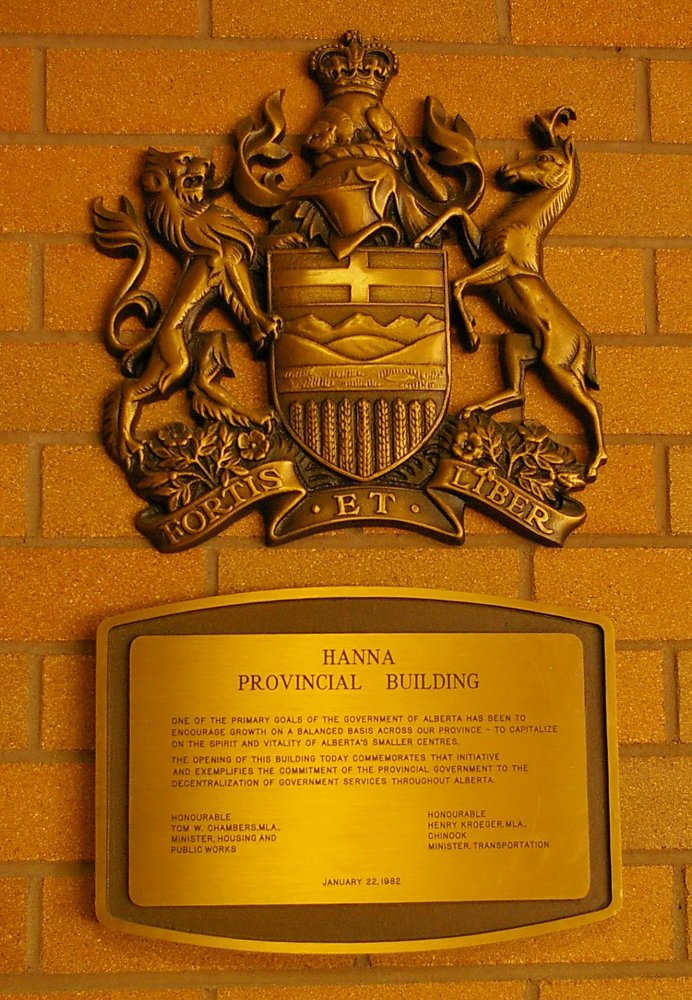 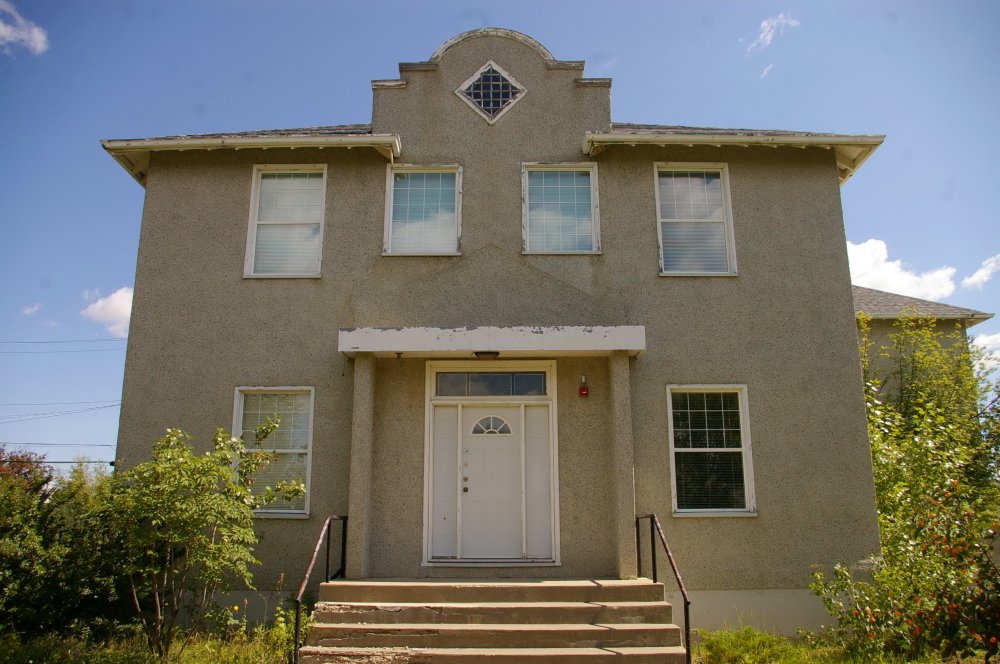 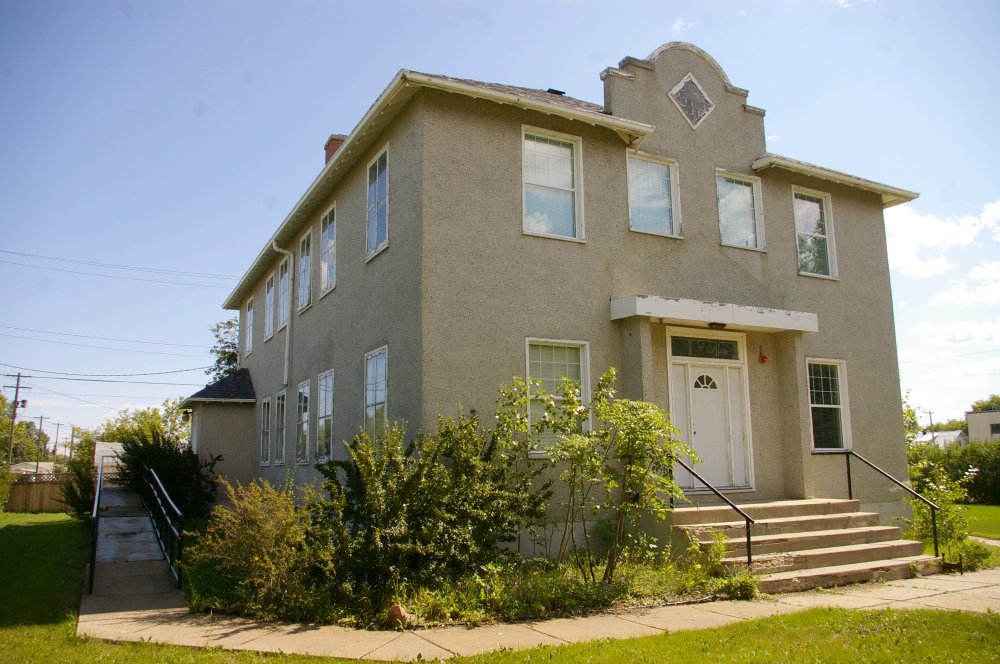 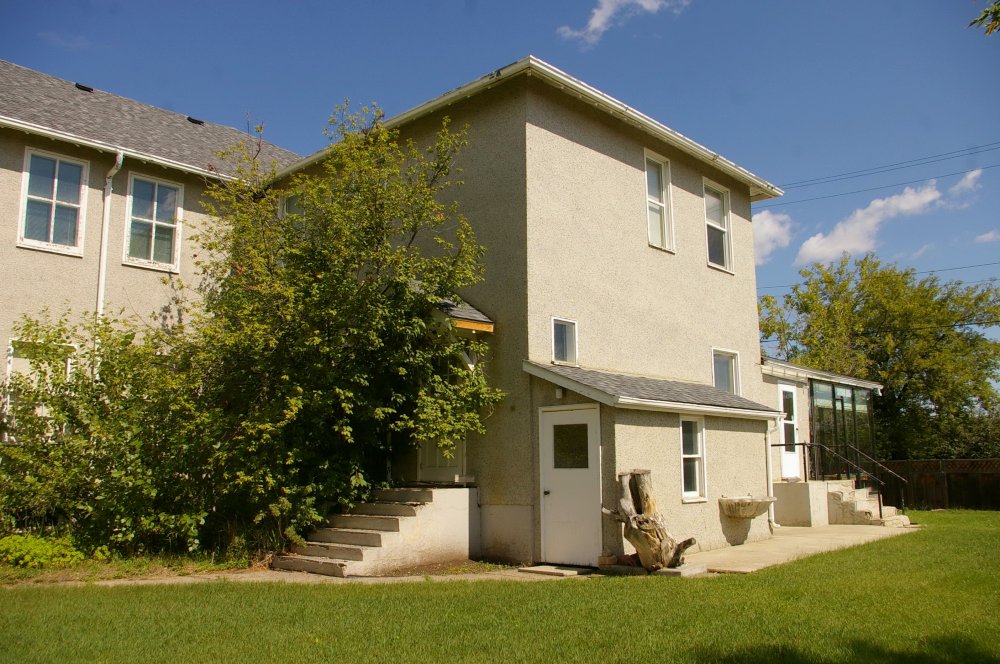