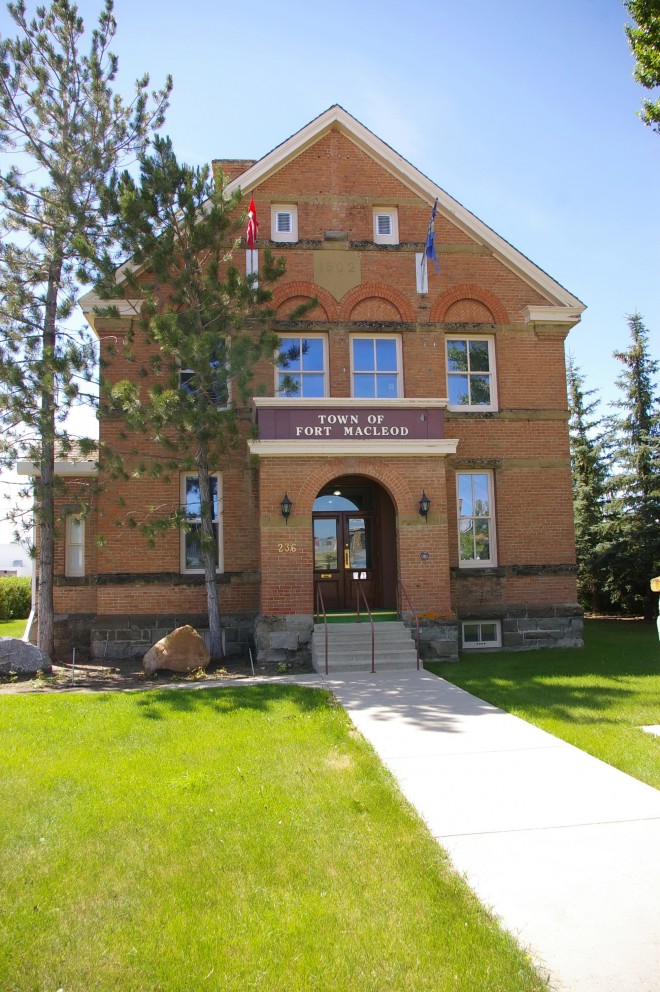 Fort Macleod is named for Colonel James Macleod, who had the North-West Mounted Police barracks named in his honour.

Location:  Fort Macleod is located in the southwest part of the Province along the Oldman River.

Description:  The building faces north and is a two and a half story light red coloured brick structure. The building has horizontal bands of rusticated sandstone and a cross-gabled roof. The north front has a brick portico with large arch and recessed entrance. The courtroom is located on the second story in the centre of the building.  In 1971, the building became the City Hall. 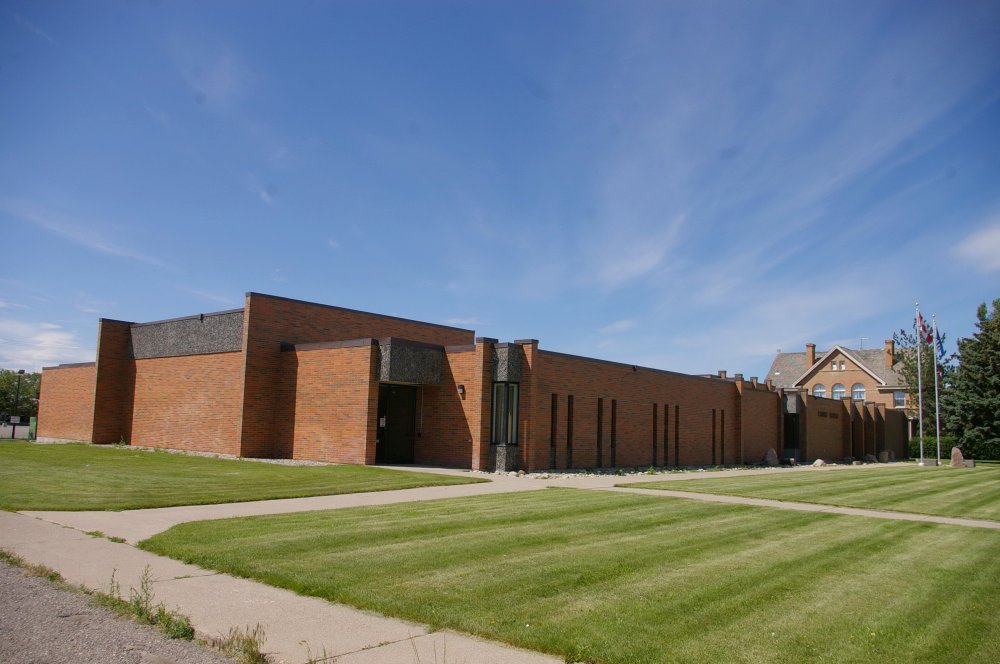 Description:  The building faces north and is a one story red coloured brick and concrete structure. The north front has a central entrance with glass panels. The roof line is flat.

See:  Within the Lethbridge / Macleod Judicial District is the Court of Queens Bench at Lehbridge and Provincial Courthouses located at Cardston, Pincher Creek and Taber. 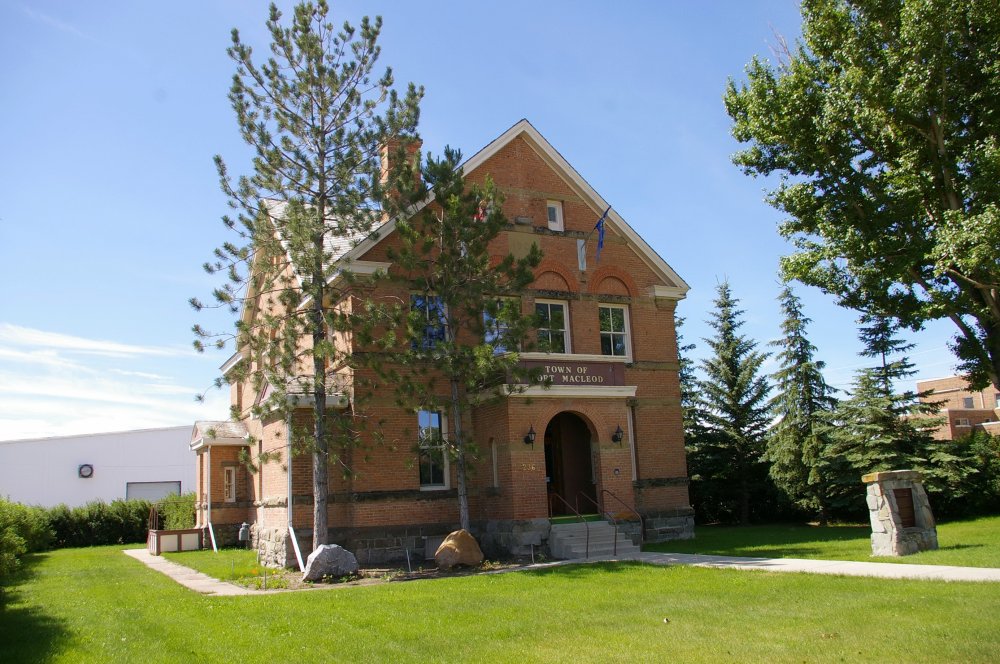 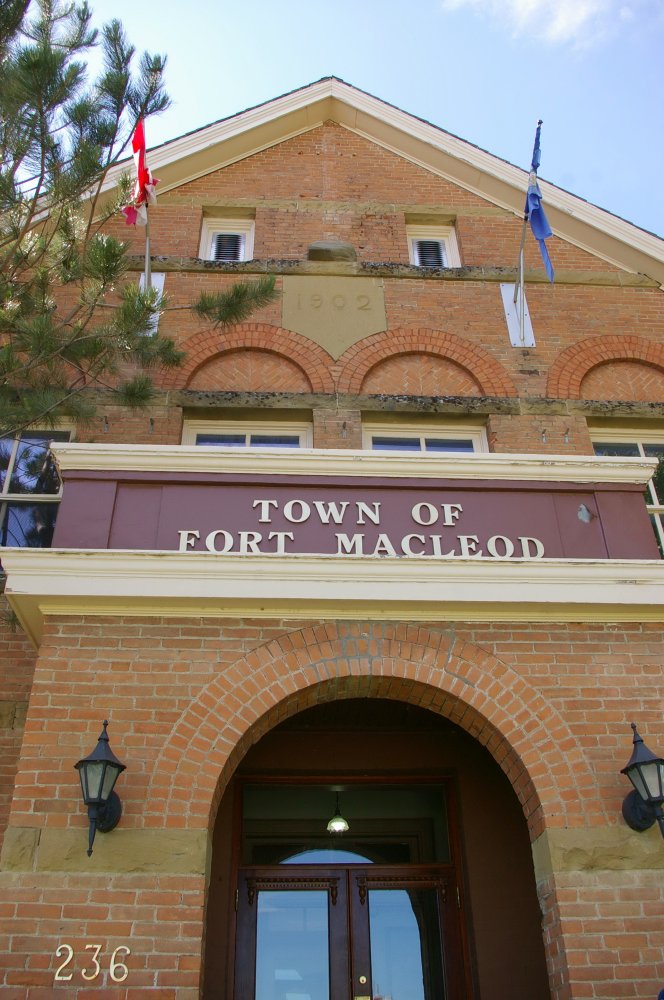 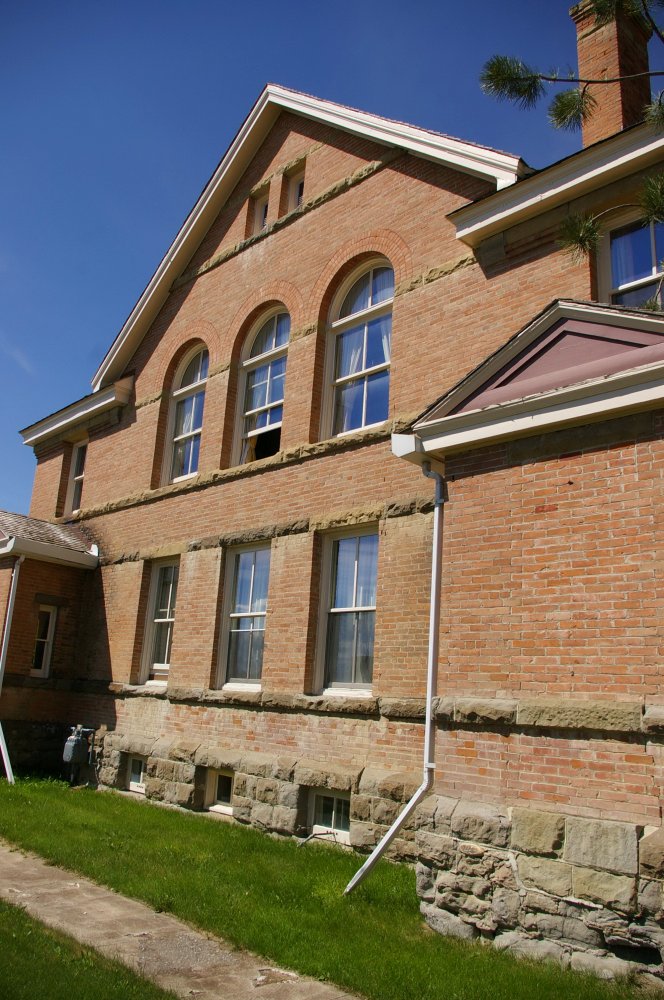 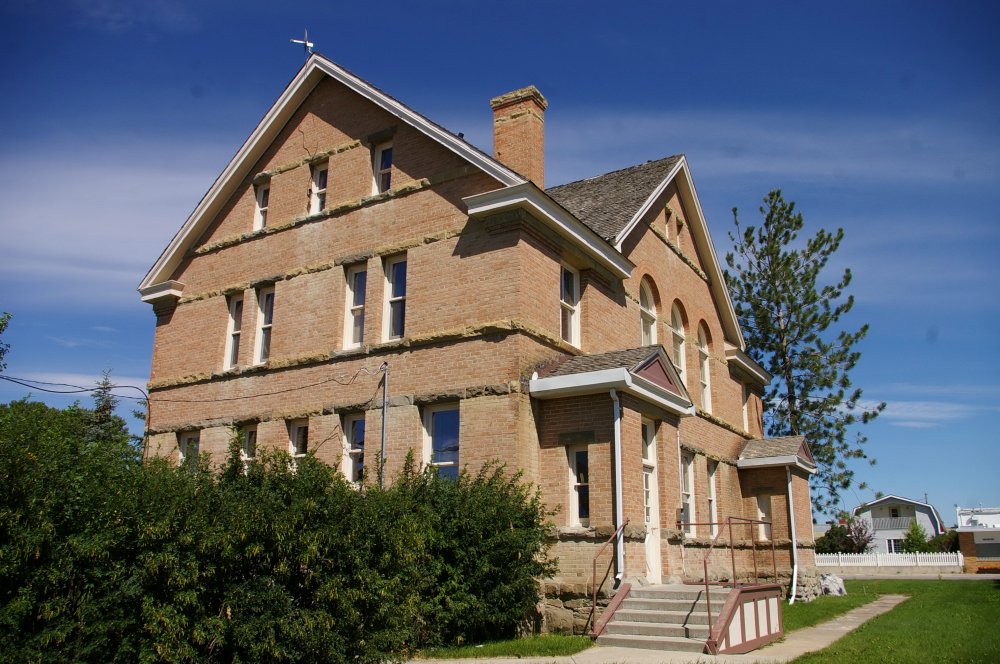 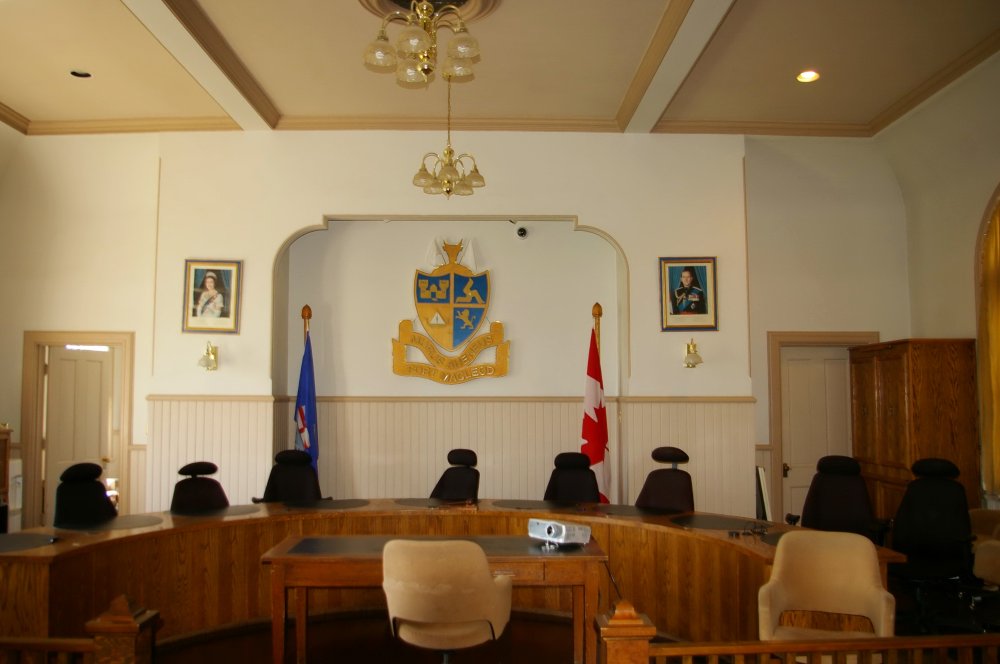 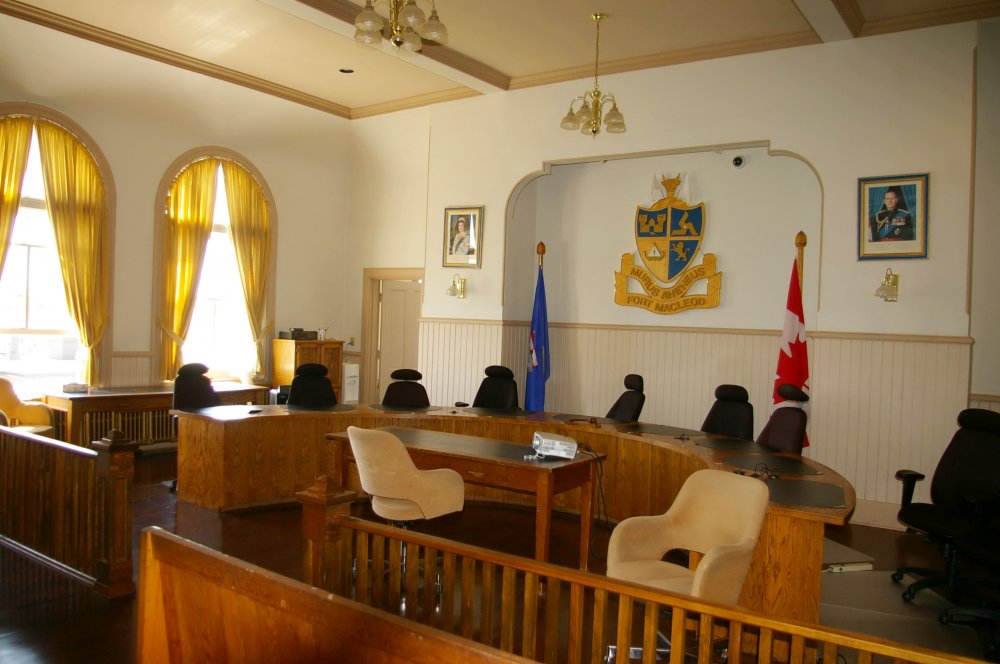 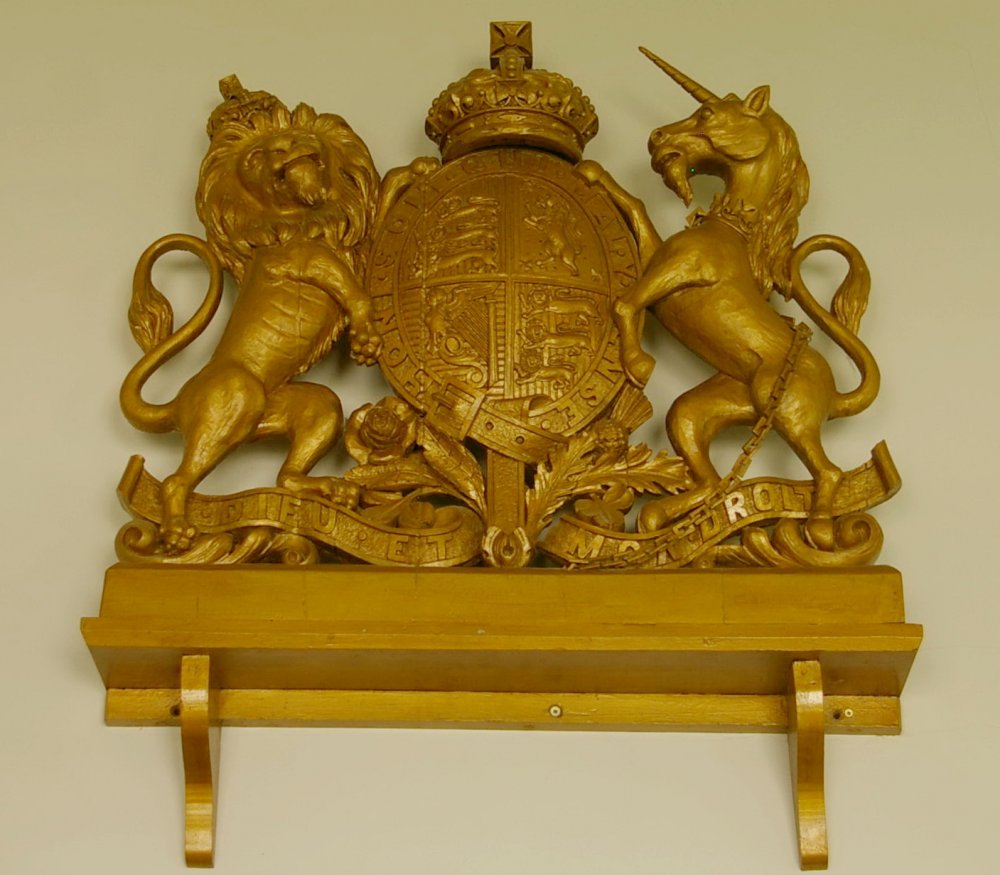 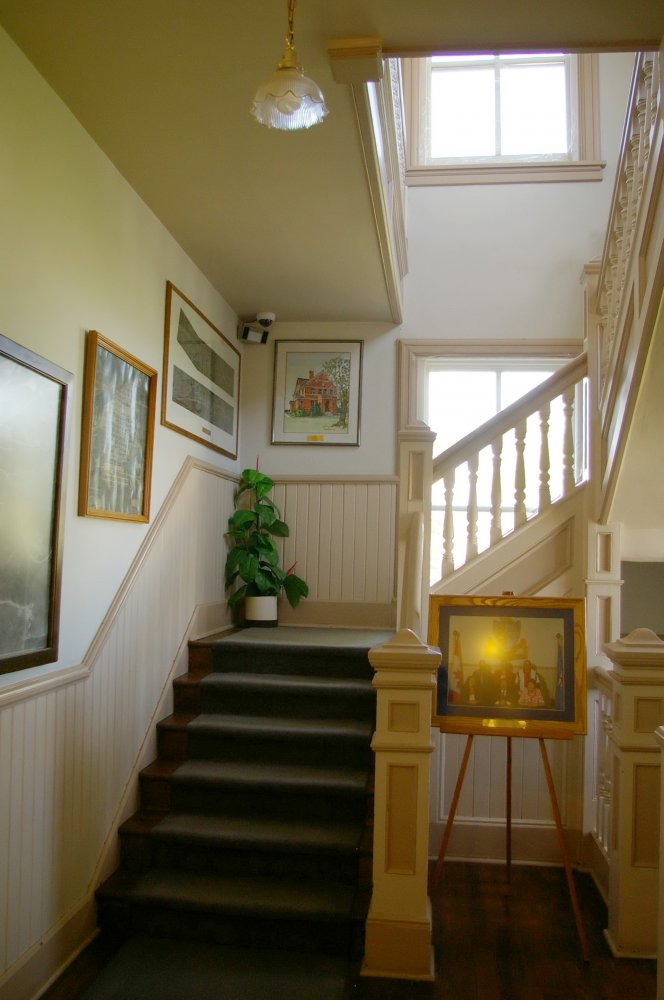 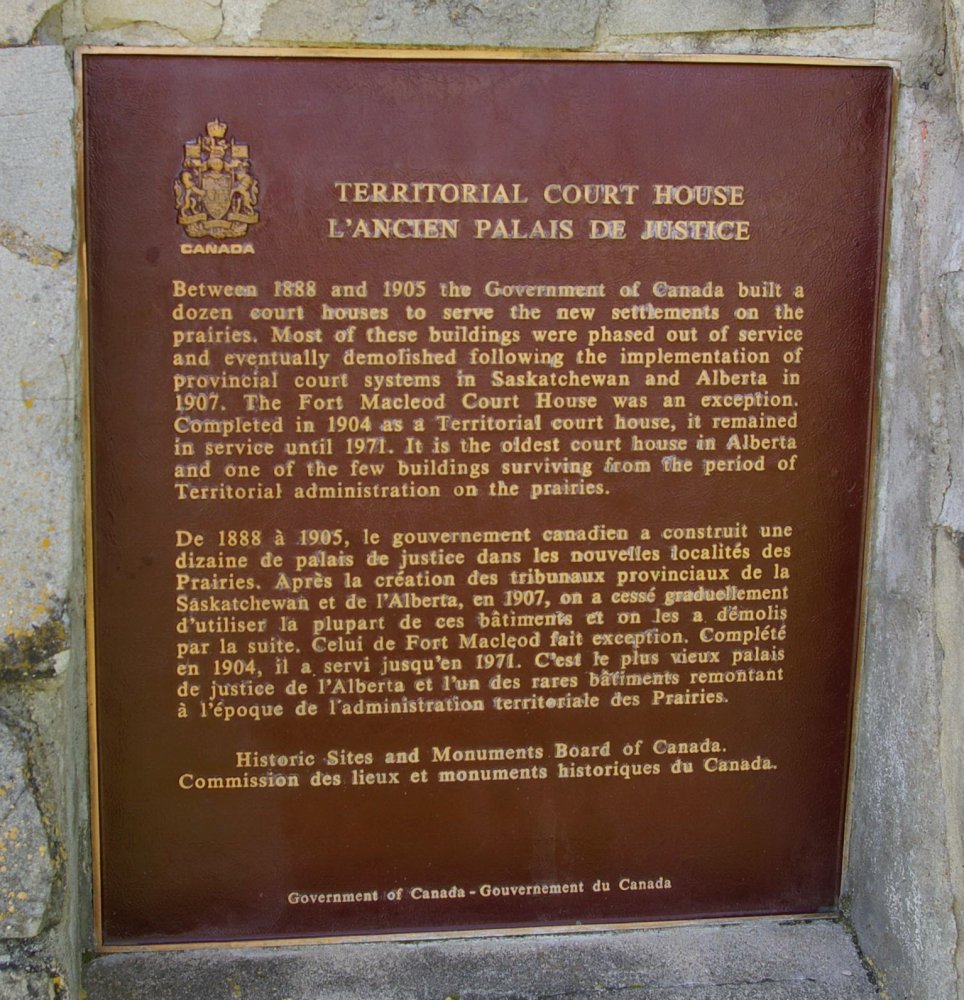