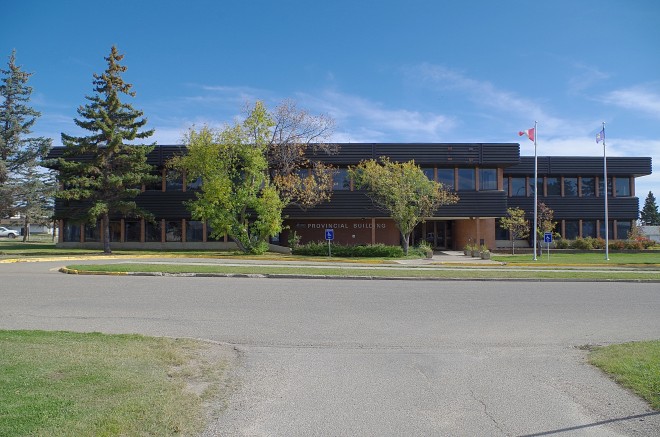 Fairview is named for the fair view across the land.

Location:  Fairview is located in the northwestern part of the Province.

Description:  The building faces west and is a two story metal, glass and concrete structure. The building is located on landscaped grounds in the centre of Fairview. The first story on the west front has a wide porch supported by concrete columns. The windows are horizontal and a wide band runs along the the flat roof line. The building houses the Provincial Court and the City Hall. 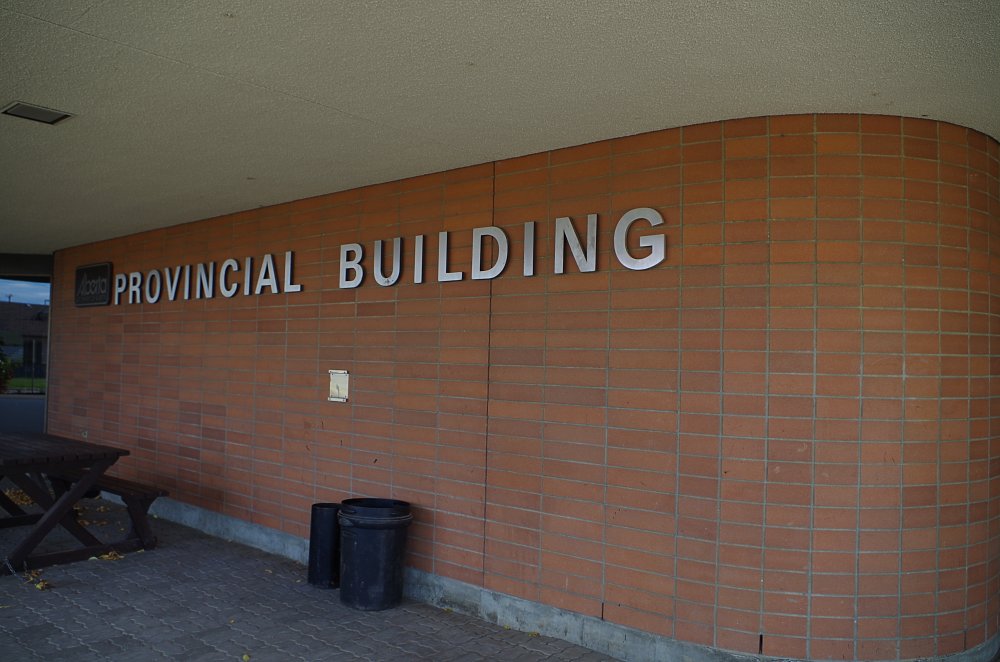 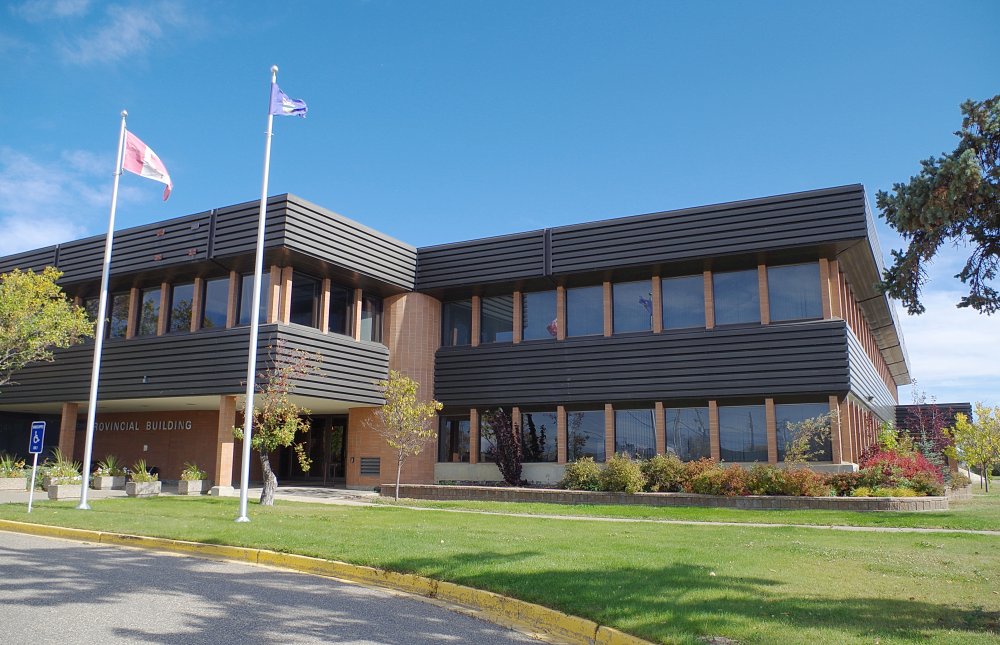 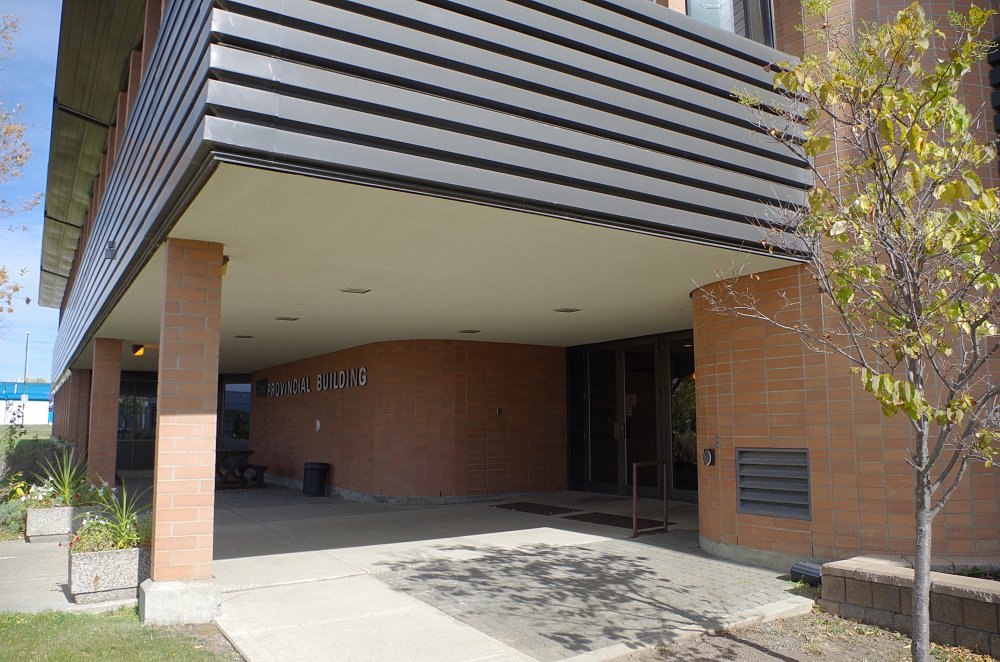 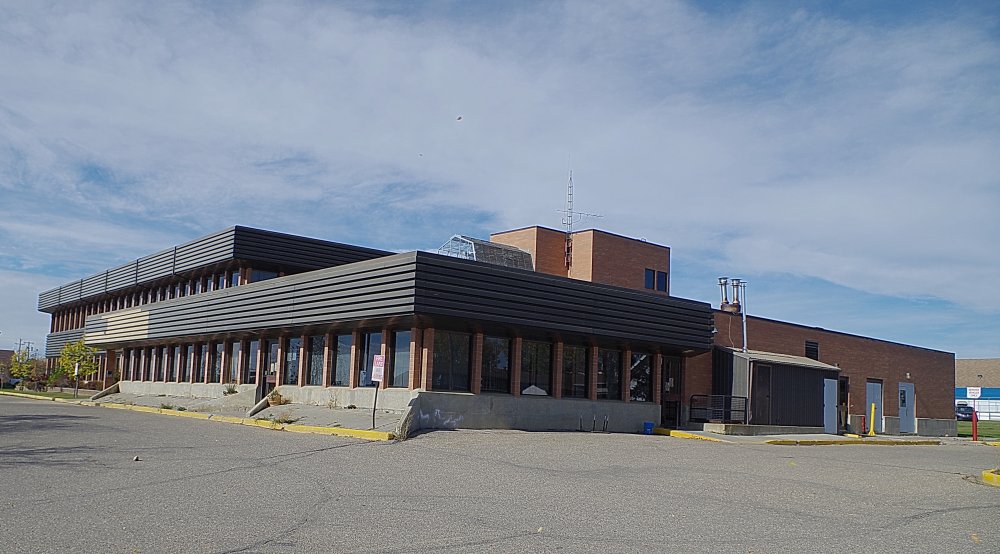