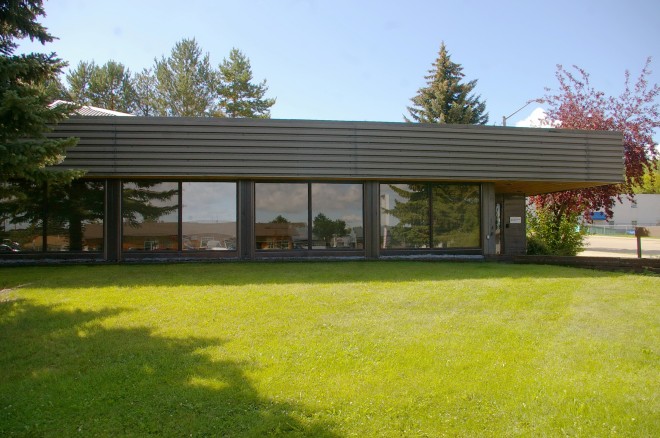 Evansburg is named for Harry Marshall Erskine Evans, who was a former mayor of Edmonton and an advisor to the Government of Alberta.

Location:  Evansburg is located in the central part of the Province to the west of Edmonton.

Description:  The building faces north and is a one story concrete and glass structure. The building is located on landscaped grounds. The entrance is located at the northwest corner of the building. The windows are vertical. A wide brown coloured section runs below the roof line. The roof is flat except on the east side which has a hipped roof. 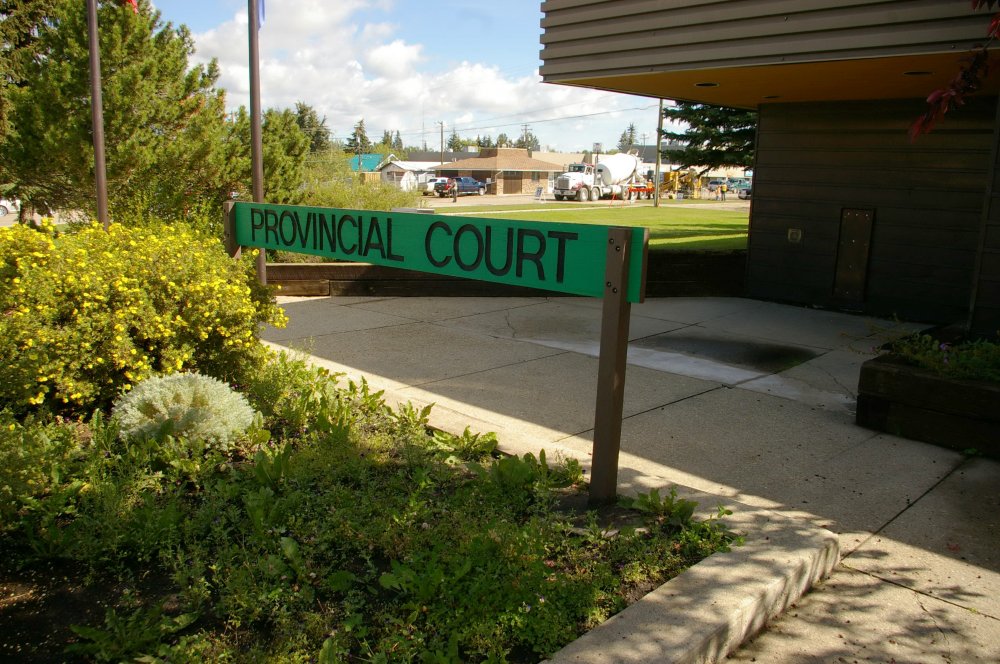 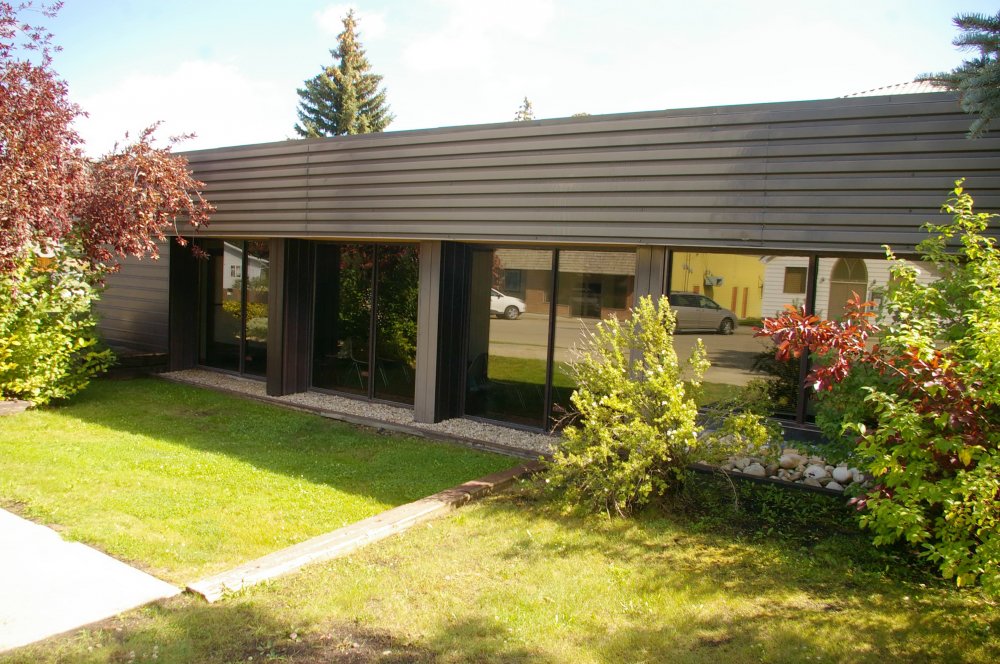 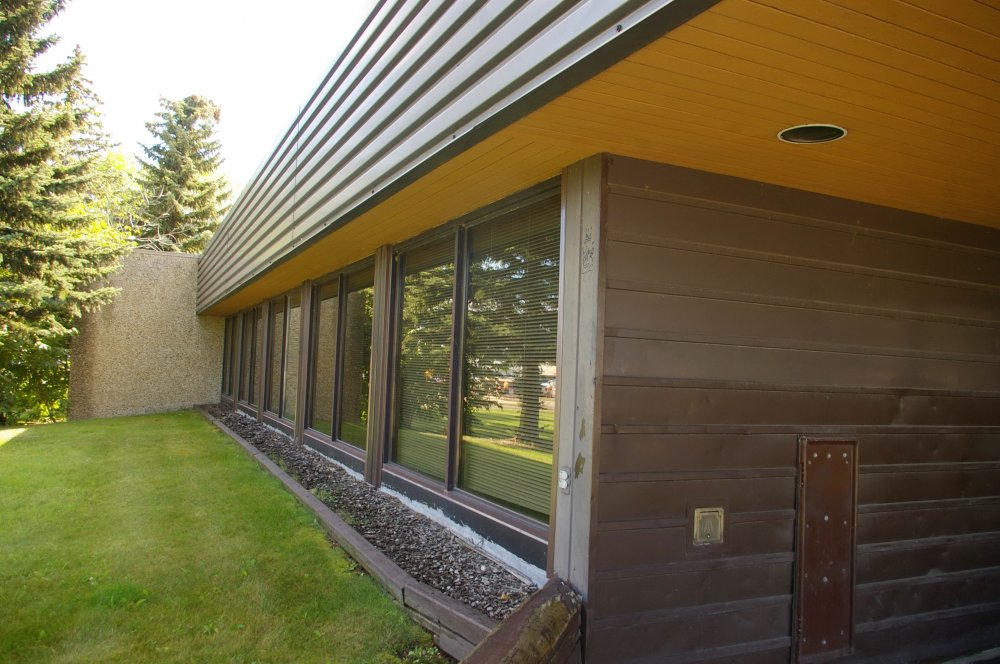 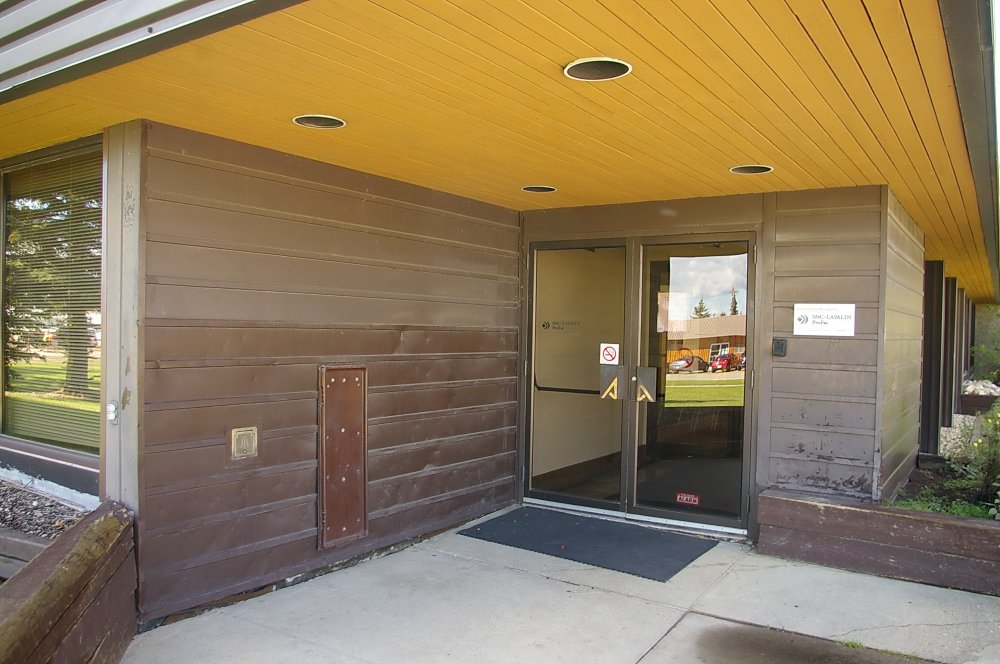 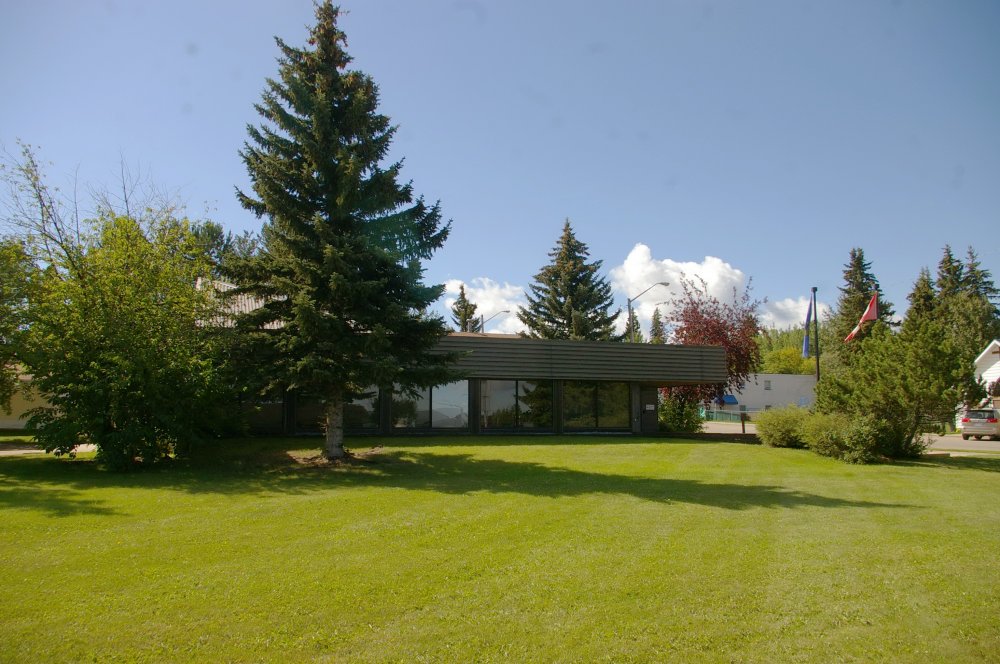