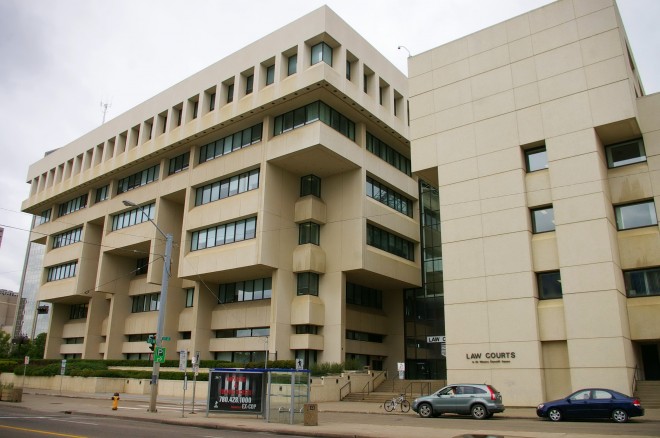 Edmonton is named for Fort Edmonton which was named by John Peter Pruden after Edmonton, London, his home town and that of Hudson Bay Company deputy governor Sir James Winter Lake.

Location:  Edmonton is located in the central part of the Province along the North Saskatchewan River.

Description:  The building faces west and is a six story concrete and glass structure. The building is located on landscaped grounds in the centre of Edmonton and is constructed of reinforced concrete with smooth interior walls and rough, exposed aggregate on the exterior. The structure is a simple square plan but gives an imposing impression due to the upper floors cantilevering beyond exterior columns, creating increasing dimensions, somewhat like a pyramid inverted on its point. The building is names as the Law Courts and houses the Alberta Court of Appeal and the Queen’s Bench in the south tower and the Provincial Court in the north tower. .

History:  The previous courthouse was designed by A M Jeffers and constructed in 1908 to 1912. The building was demolished in 1972.

See:  The Court of Queen’s Bench also sits at the courthouse at  Hinton. 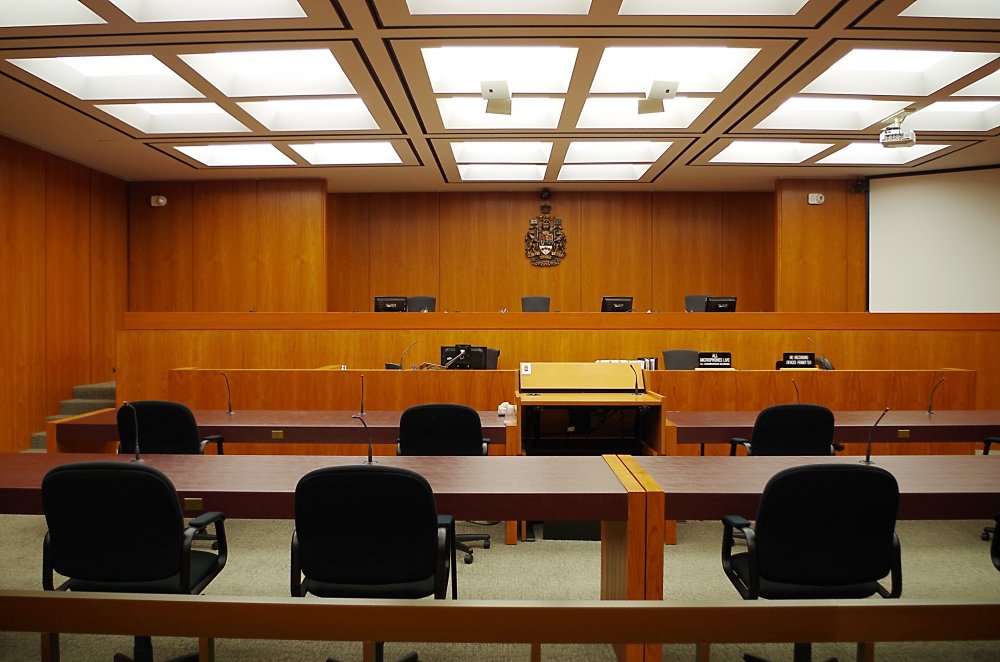 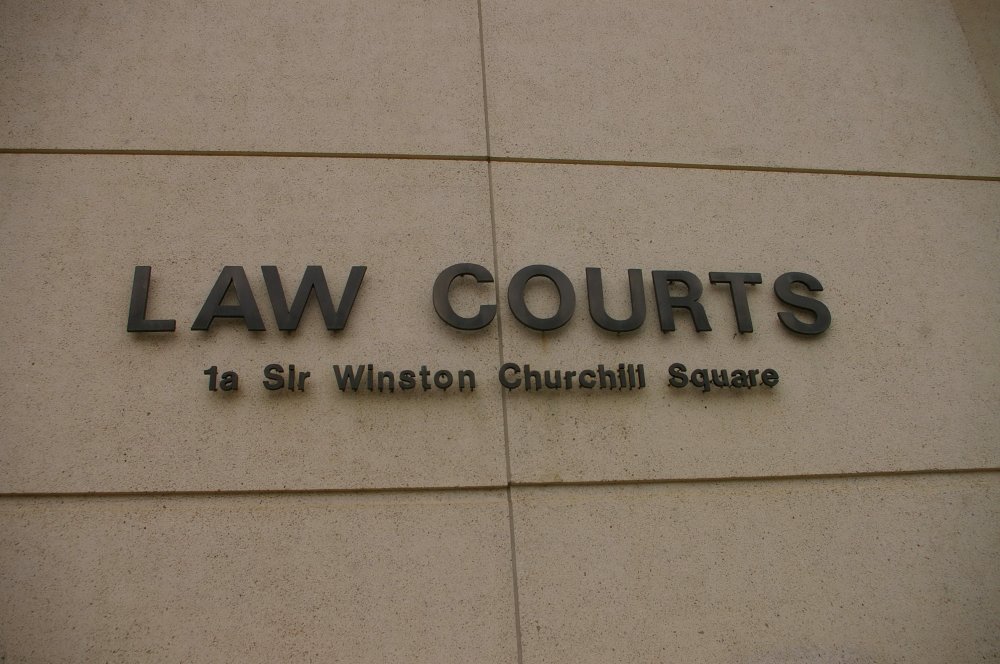 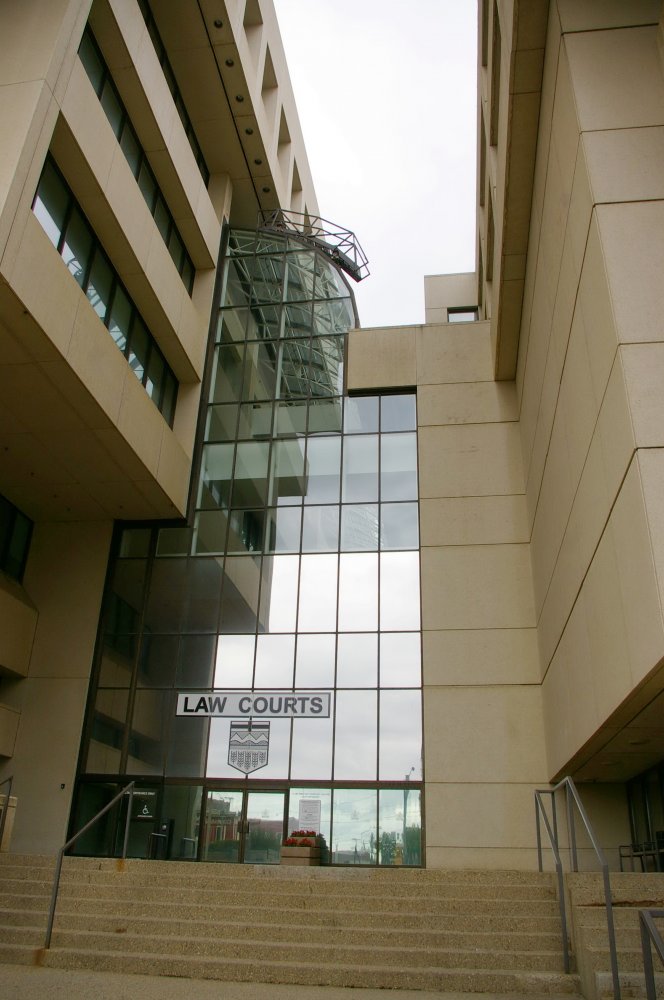 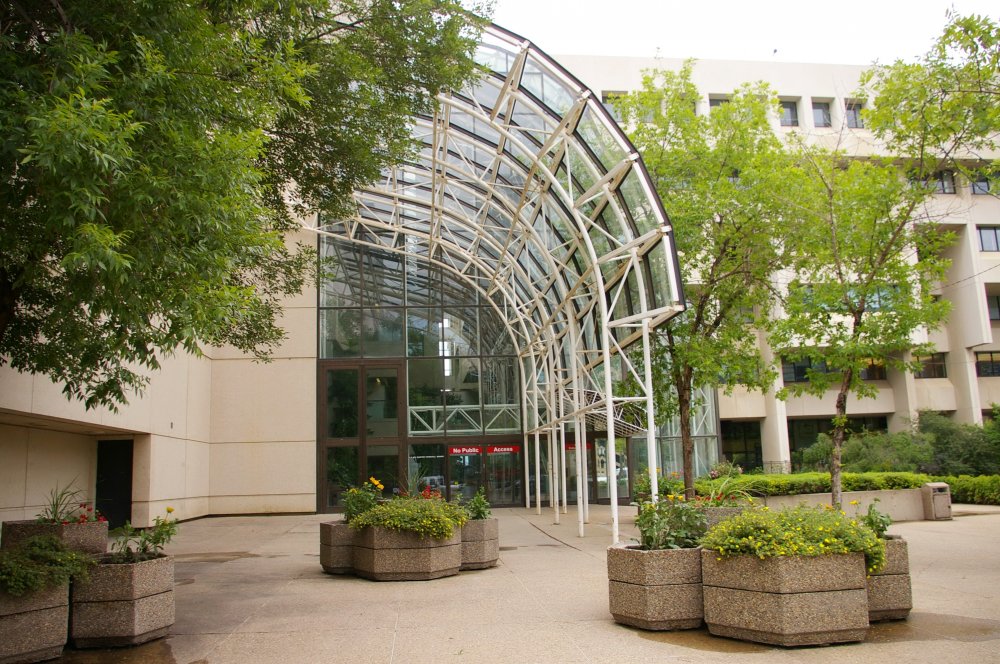 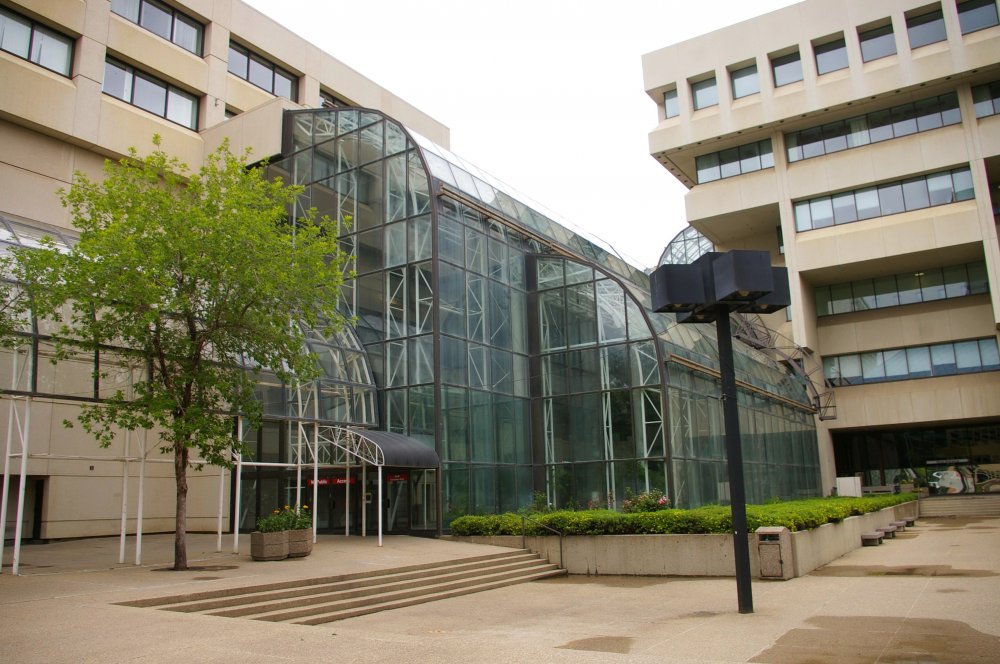 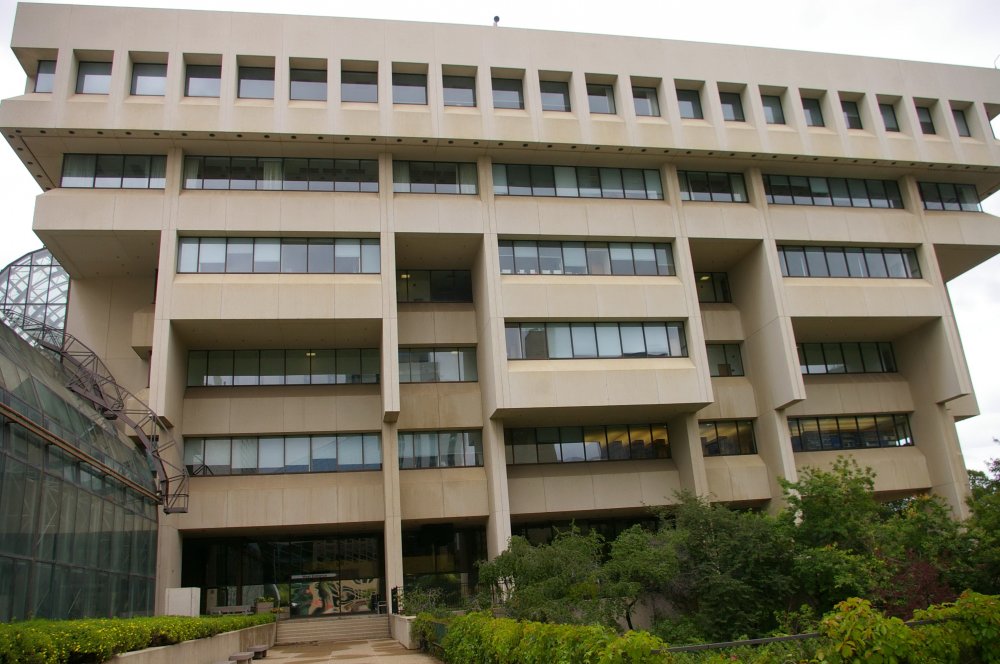 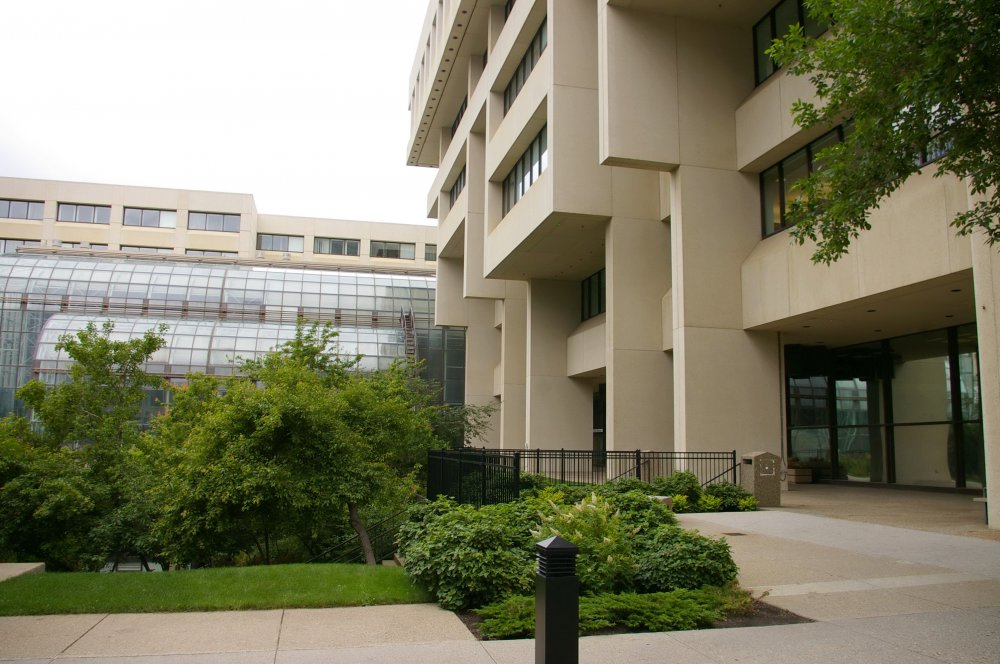 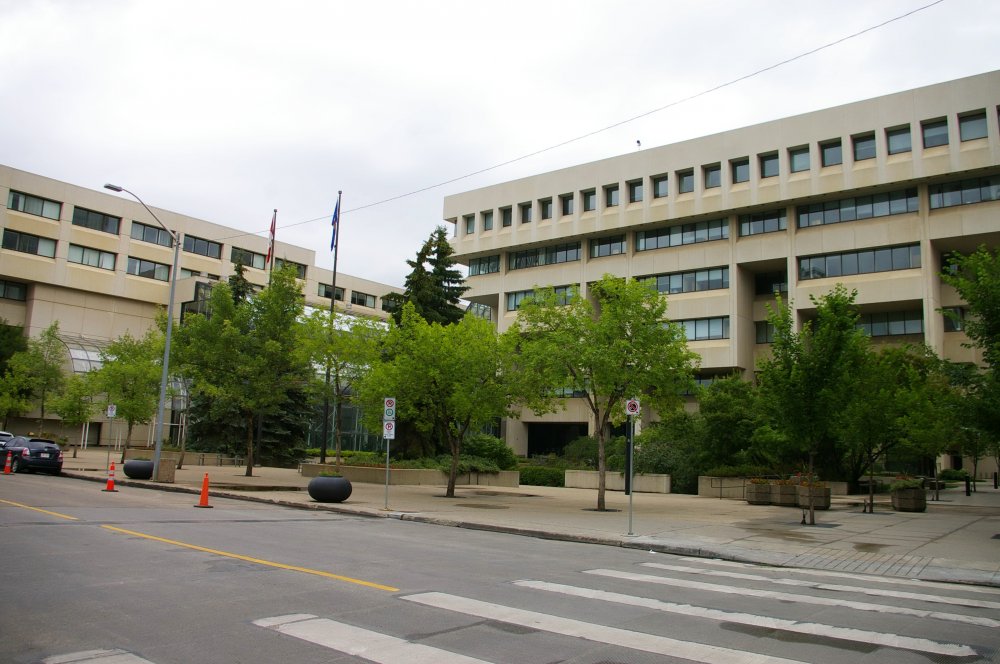 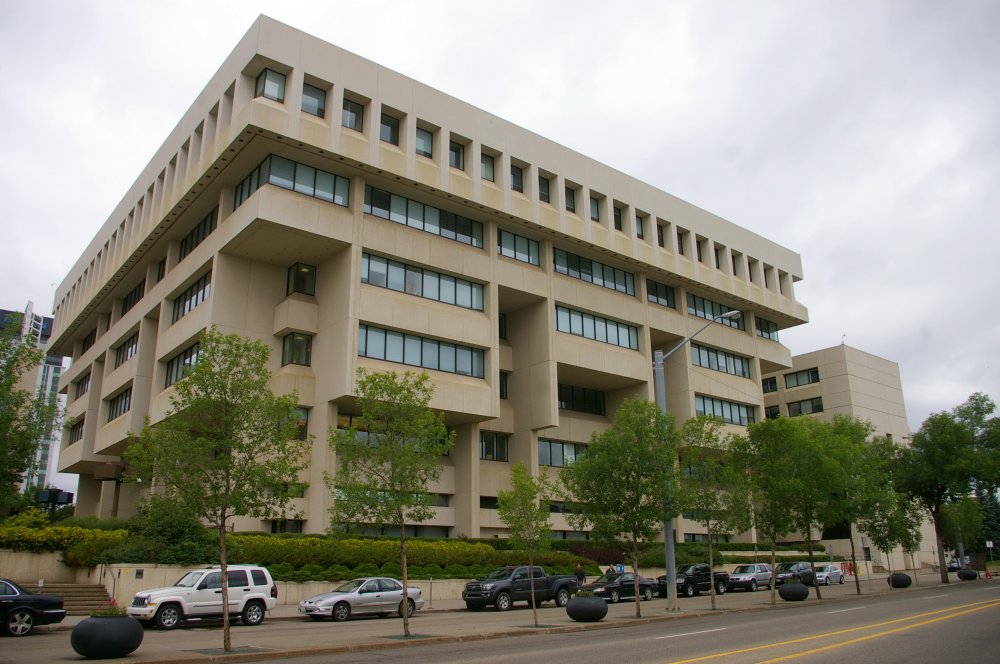 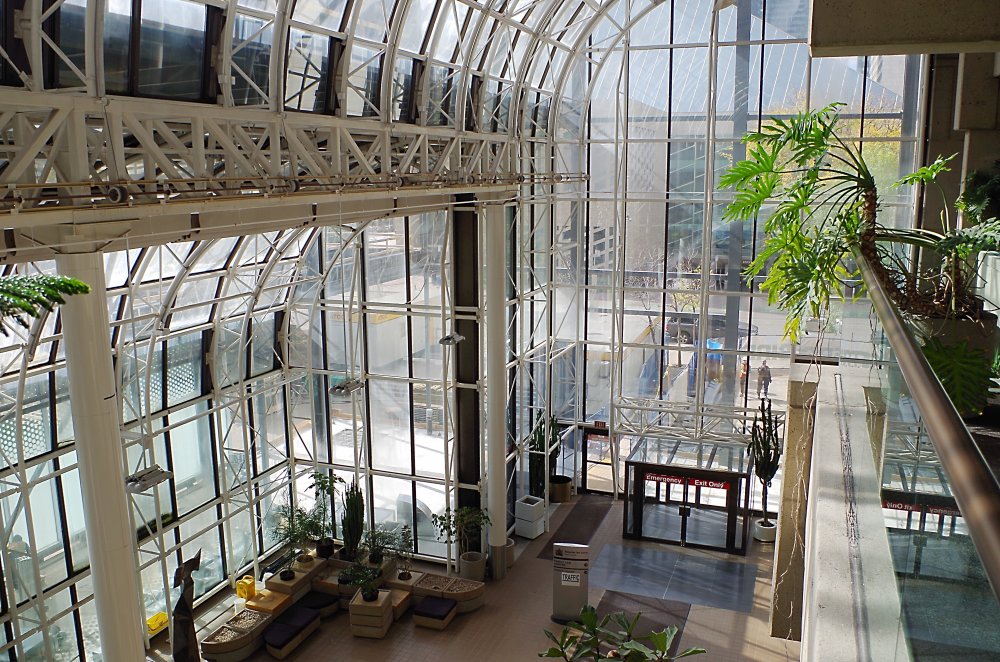 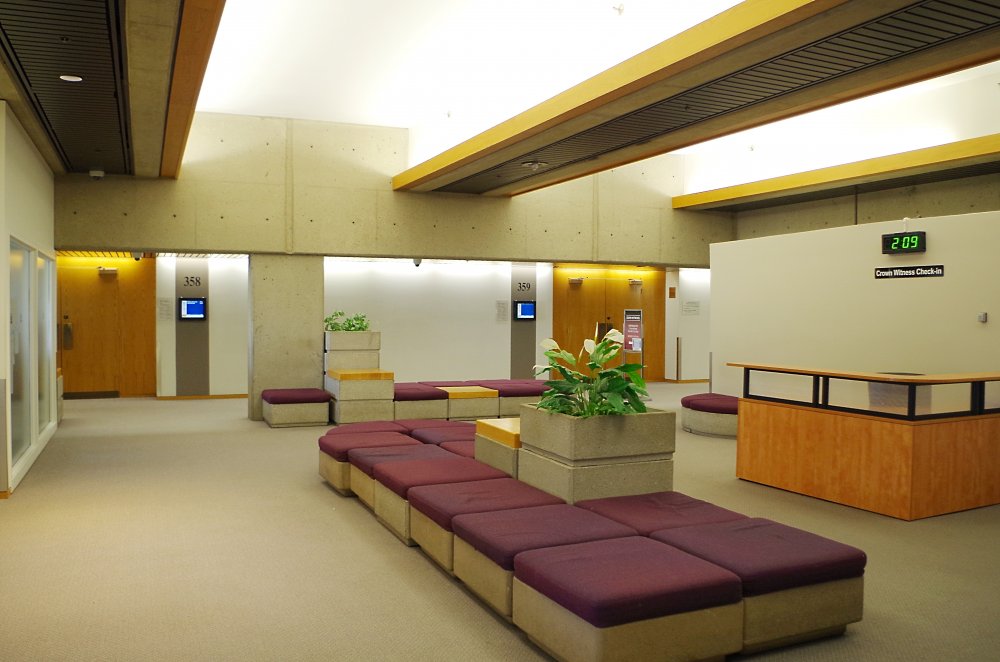 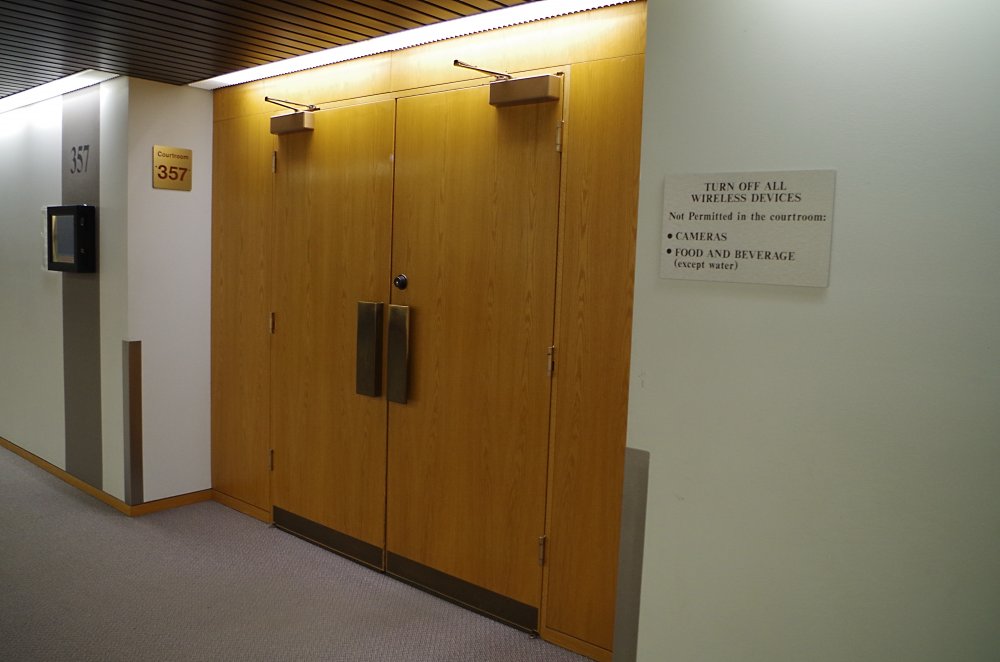 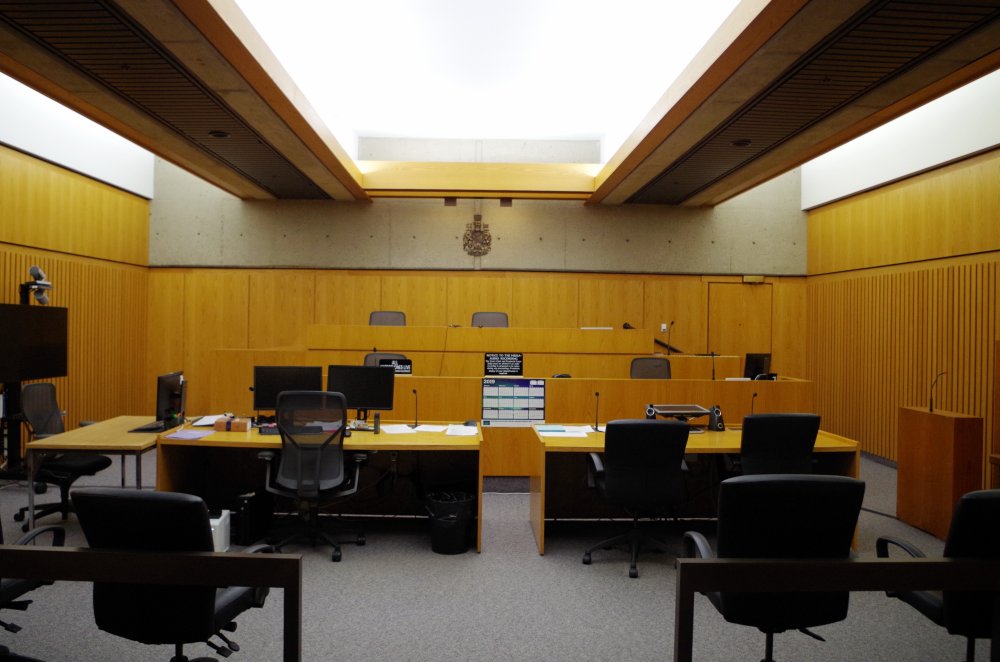 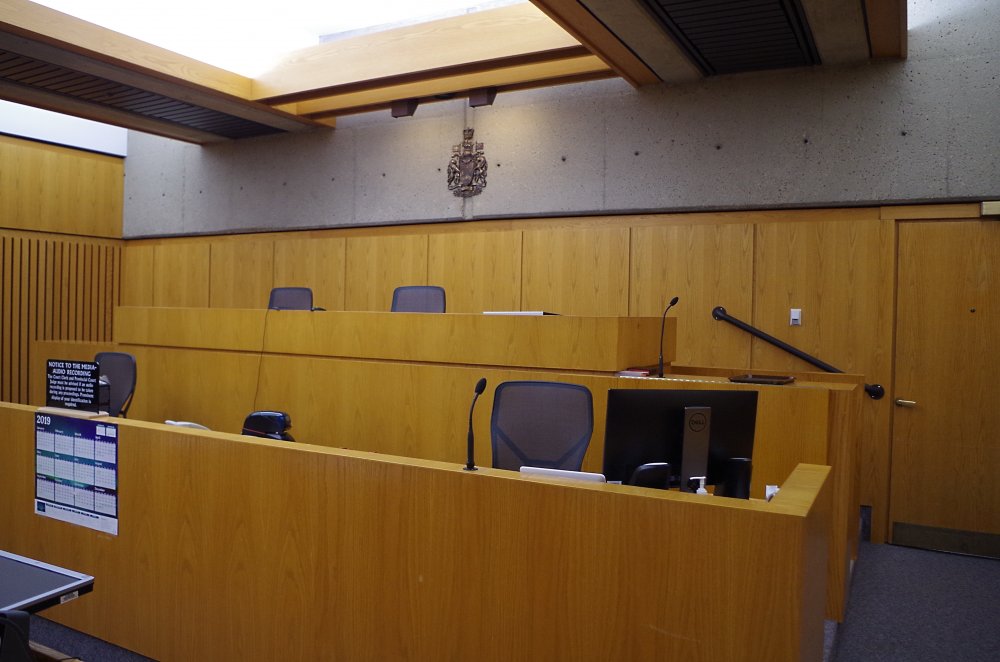 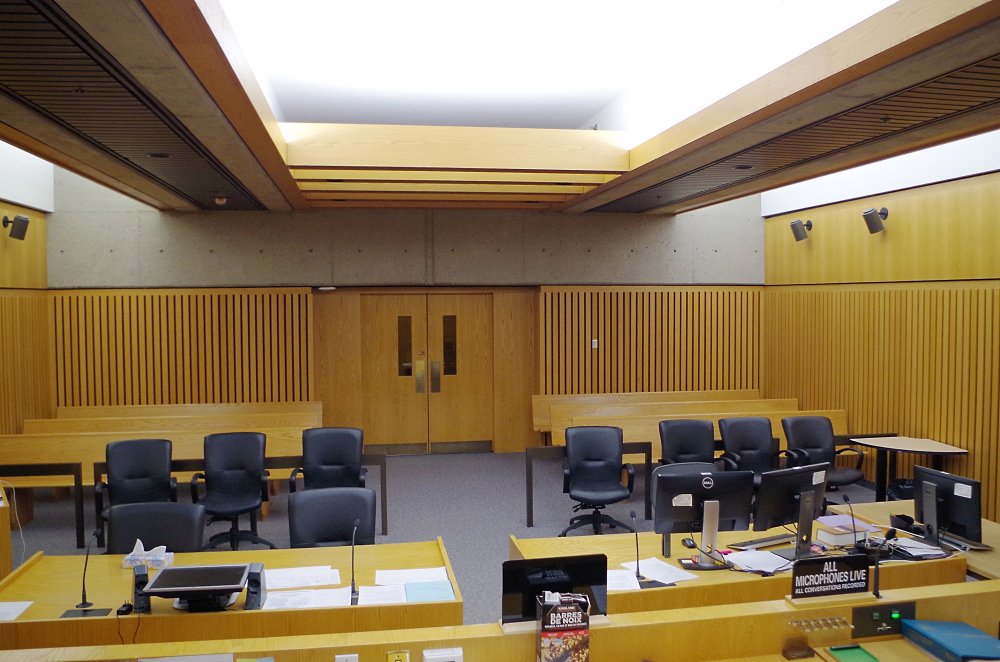