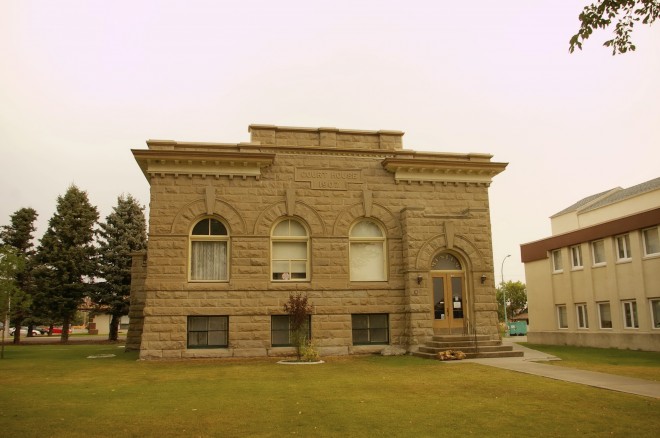 Cardston is named for Charles Ora Card, who was the founder of the town.

Location:  Cardston is located in the southern part of the Province.

Description:  The building faces south and is a one story timber wood, brick and sandstone structure. The building is located on landscaped grounds. The south front has an arched entrance with slightly projecting section at the east end. The three large windows are arched. A wide eave runs below the flat roof line. The building served as a courthouse until 1979. The building now houses the Cardston Museum.

Note:  The cost of the building was $15,663 with an additional $6,986 for further construction costs. The building was the first courthouse erected by the Provincial Government. Architect A M Jeffers was hired in 1907 and may have been involved as architect for the courthouse. 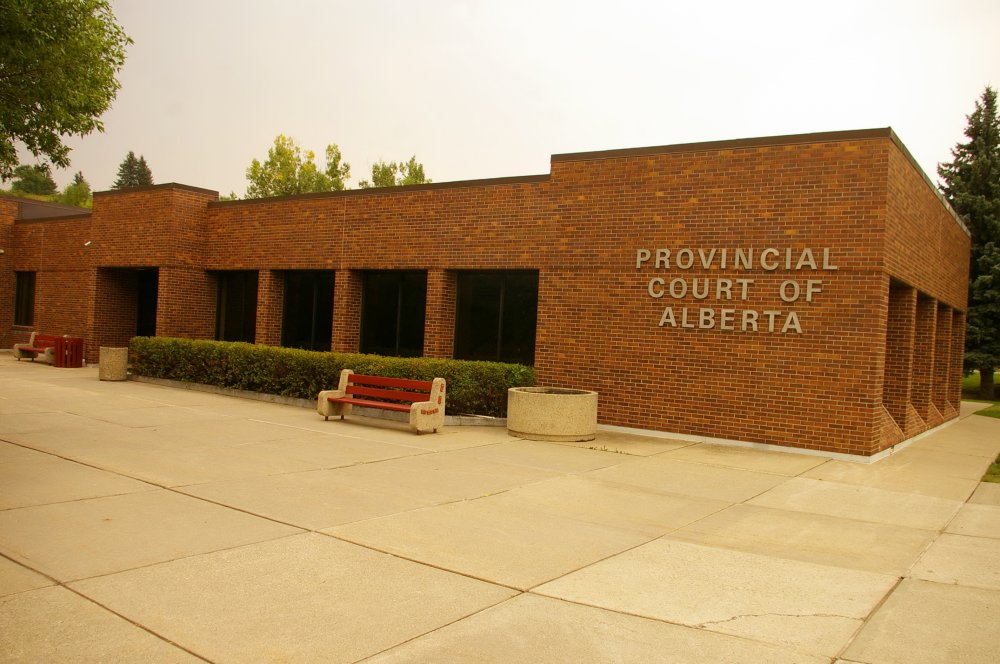 Description:  The building faces west. and is a one story red coloured brick and concrete structure. The north side has four large recessed windows with the recessed entrance on the east side. The roof line is flat. On the east side is the connected Provincial Building.

See:  Within the Lethbridge / Macleod Judicial District is the Court of Queens Bench at Lehbridge and Provincial Courthouses located at Fort Macleod, Pincher Creek and Taber. 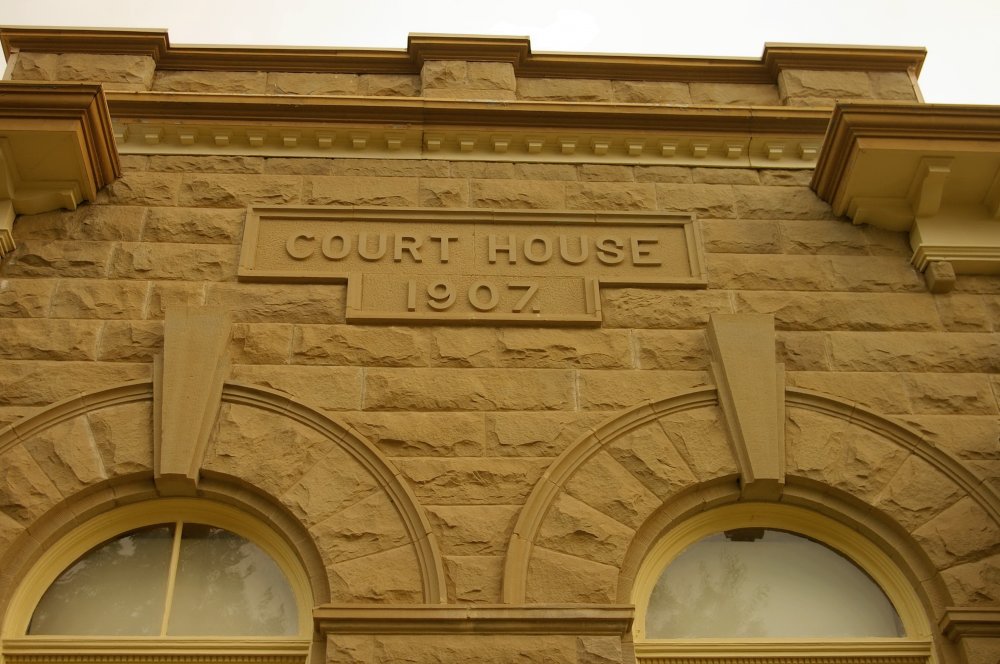 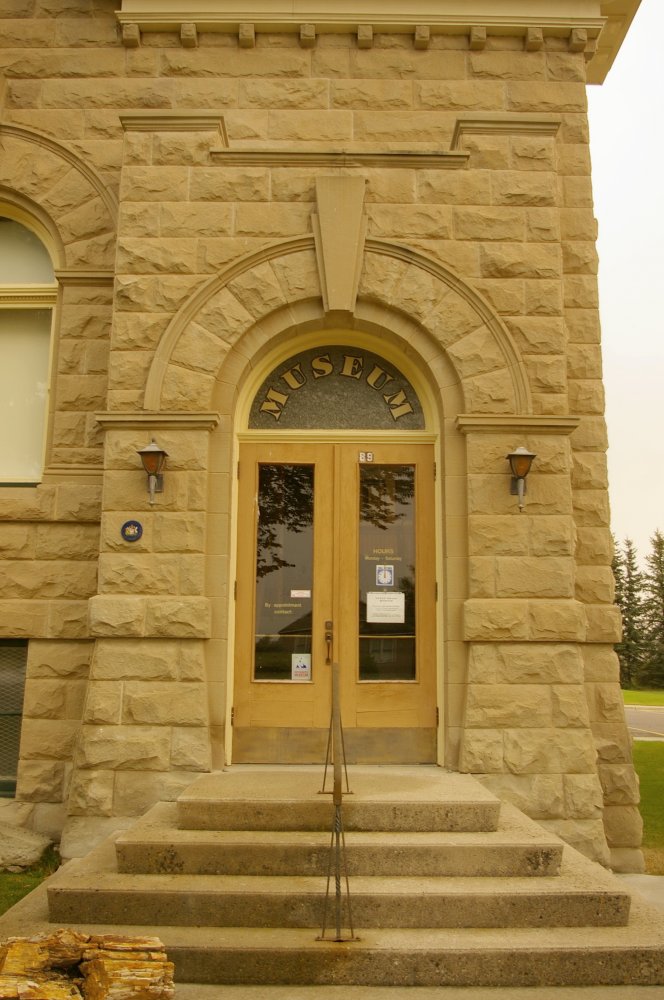 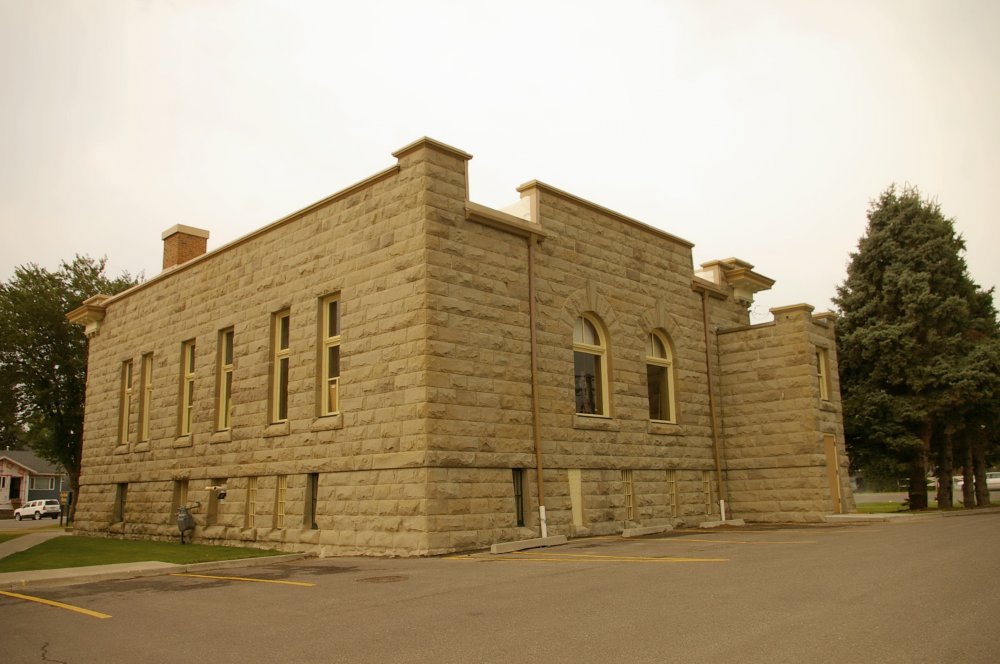 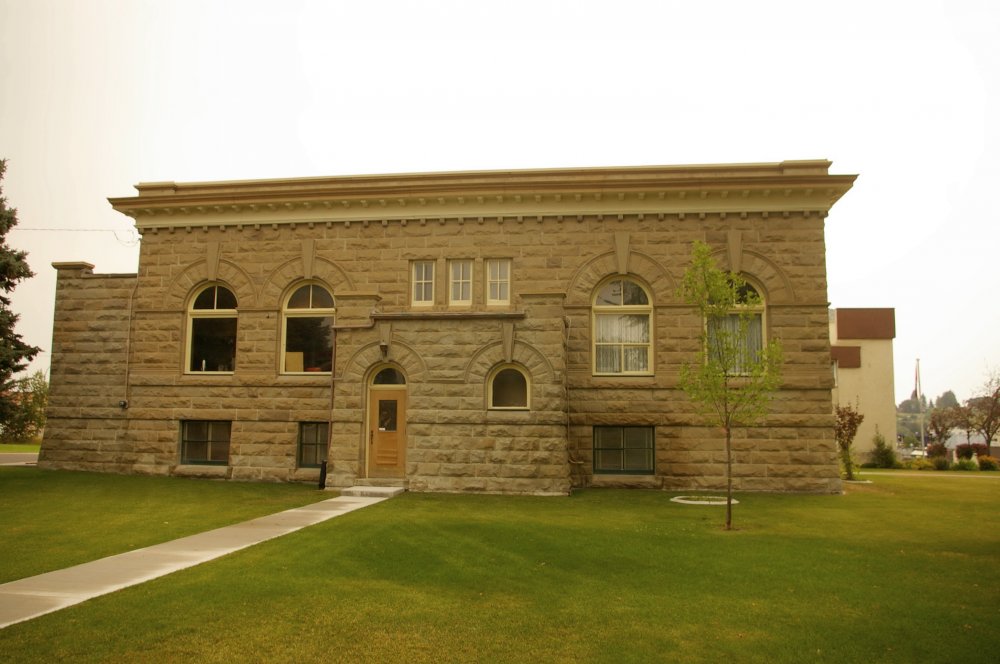 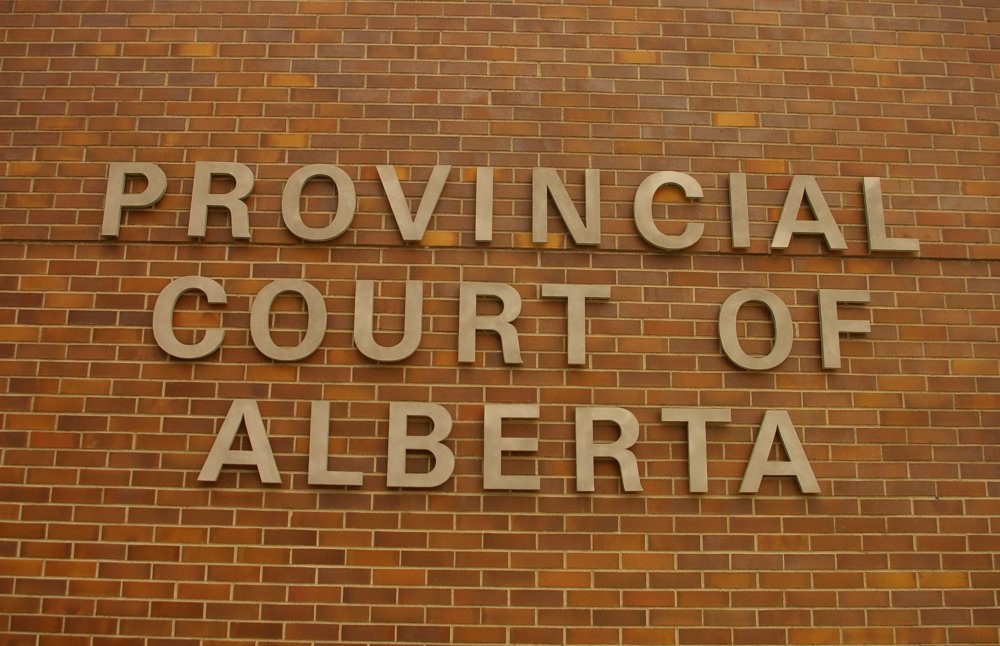 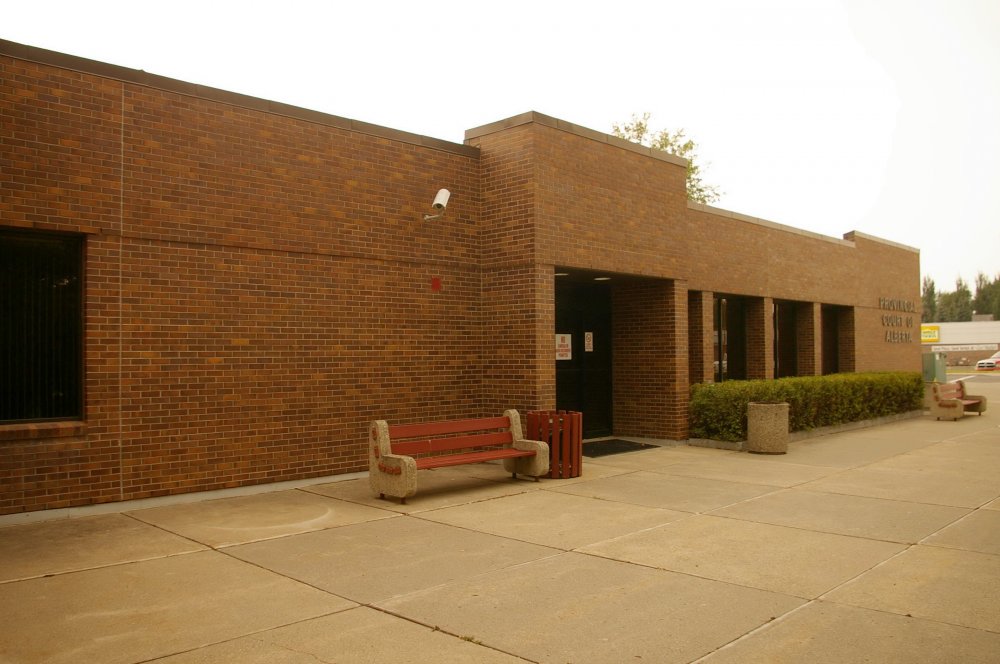 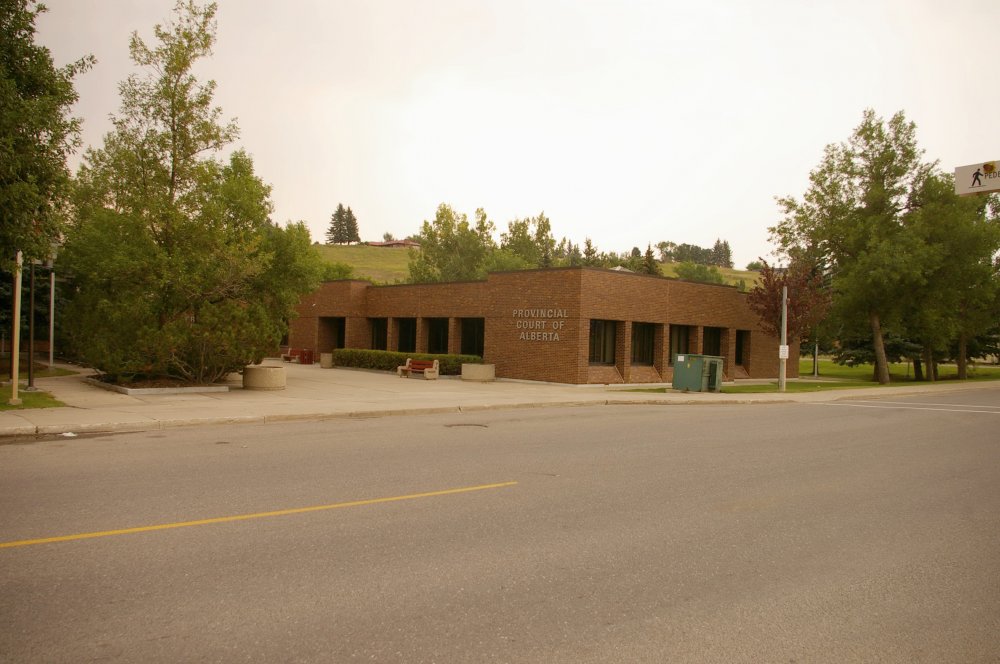 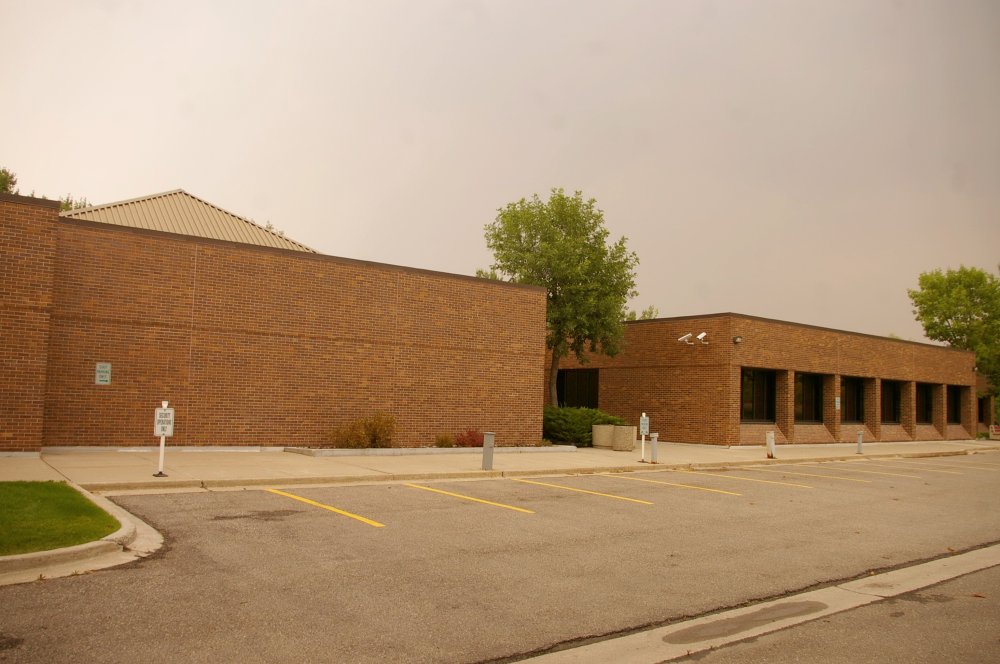