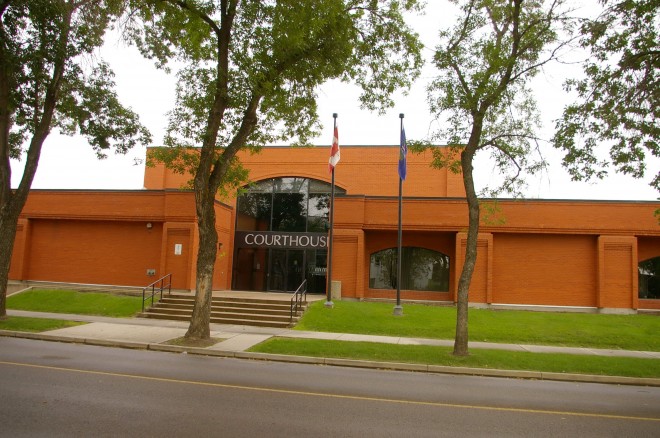 Camrose is named for the Village of Camrose in Pembrokeshire in South Wales, United Kingdom.

Location:  Camrose is located in the central part of the Province.

Description:  The building faces south and is a two story red-orange coloured brick and concrete structure. The building is located on landscaped grounds. The south front has a recessed tow story section with large arched glass entrance. The east and west wings are one story with wide vertical dividers with large windows at alternating opennings. The roof line is flat.

Description:  The building faces west and is a two story white coloured wood frame structure. The west front has a central entrance with small balcony above on the second story. Two high columns rise on either side of the recessed centre section. The roof line is flat.

Note: The building served as the courthouse from 1931 to 1957. The building was originally built by the Canadian Club of Camrose at a cost of $4600. In 1918, the building became the Camrose Public Library.

See:  Within the Wetaskiwin Judicial District is the Court of Queens Bench at Wetaskiwin and Provincial Courthouses located at Killam and Ponoka. 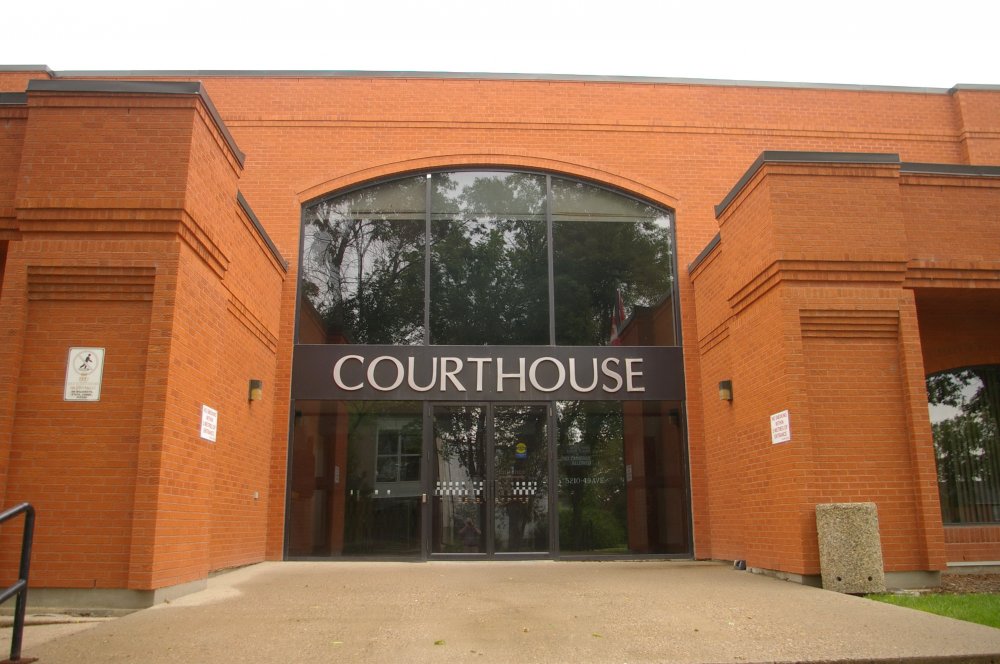 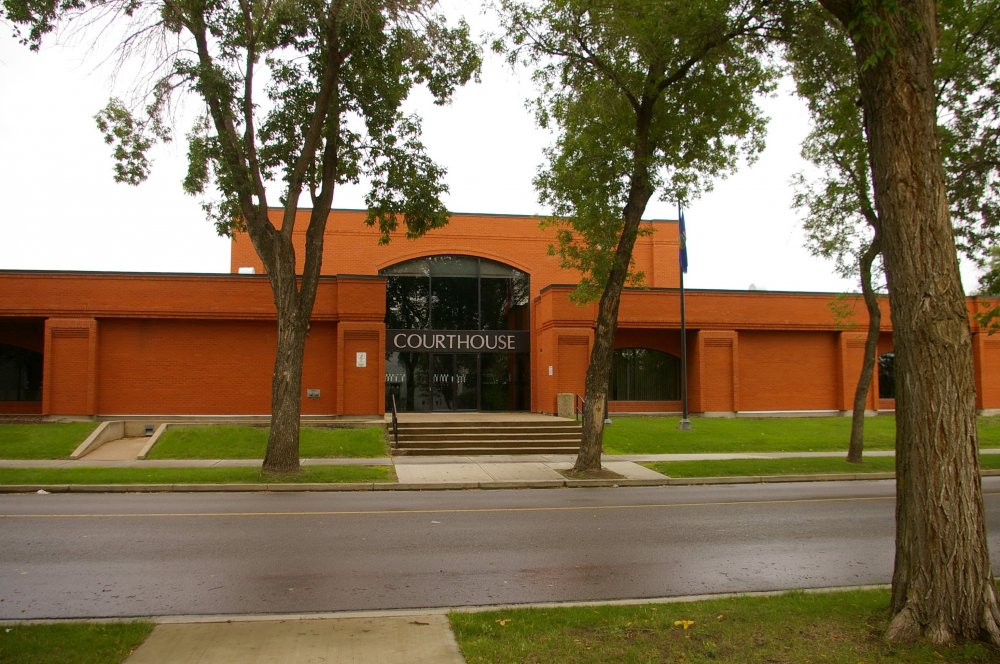 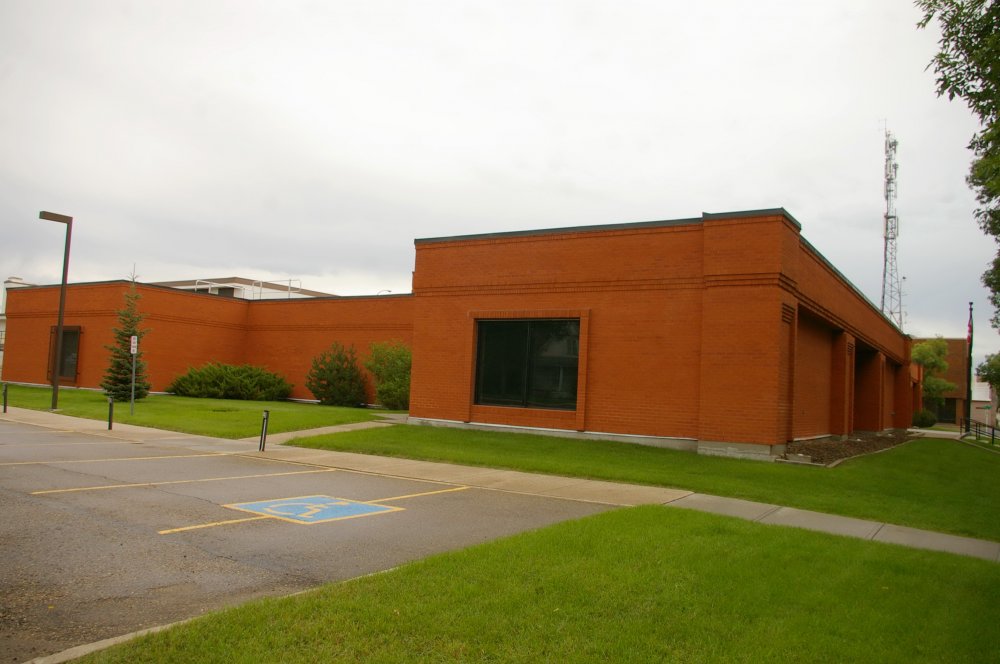 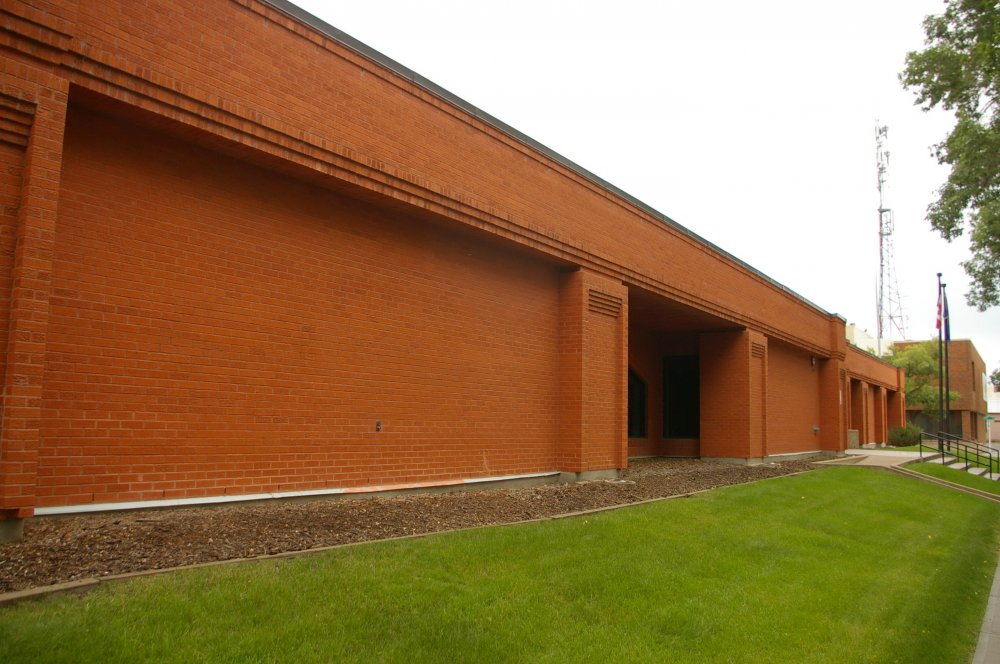 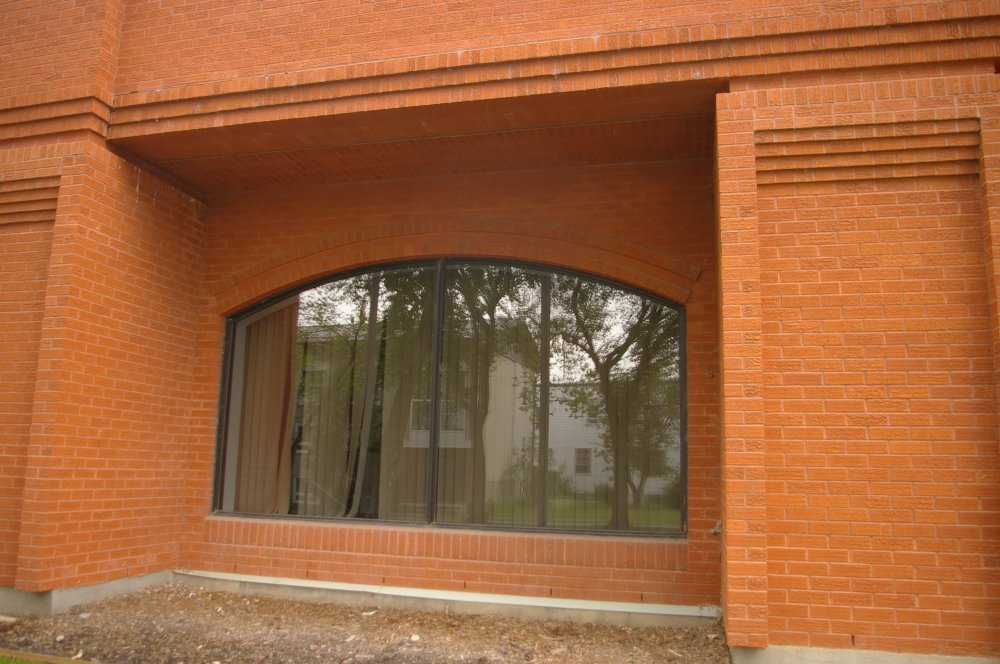 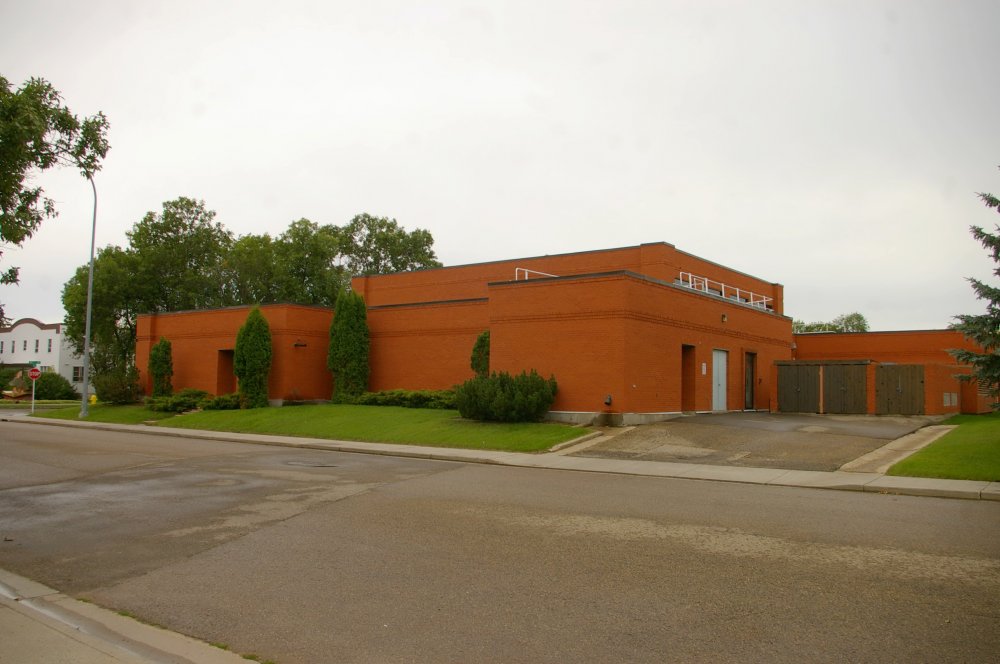 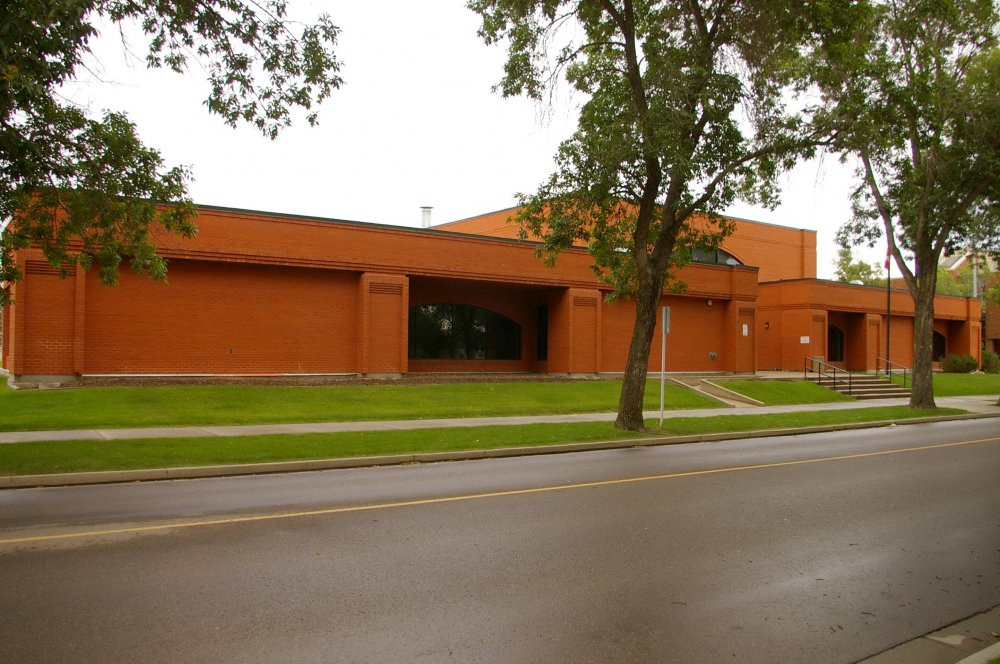