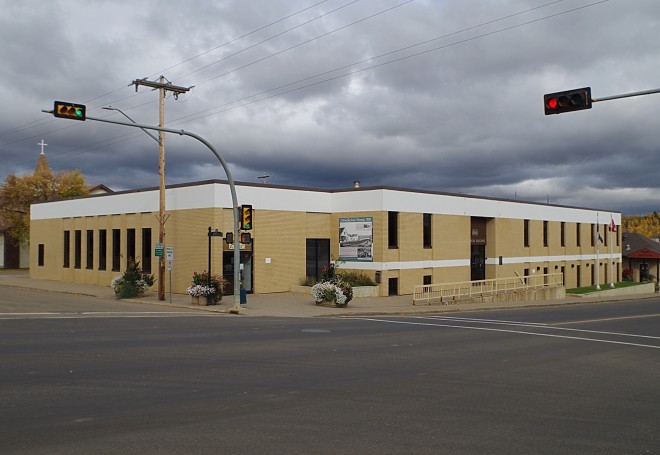 Athabasca is named for the Athabasca River, which is named from the Woods Cree word “aoapaskaw” meaning “where there are plants one after another” referring to the spotty vegetation along the river.

Location:  Athabasca is located in the central part of the Province to the north of Edmonton.

Description:  The building faces east and is a two story buff coloured brick and concrete structure. 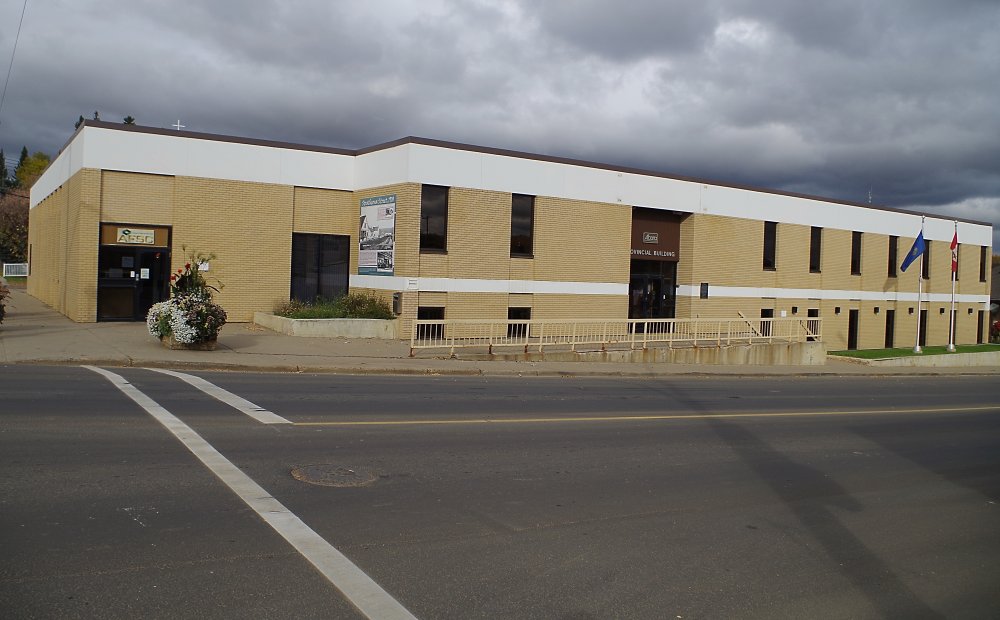 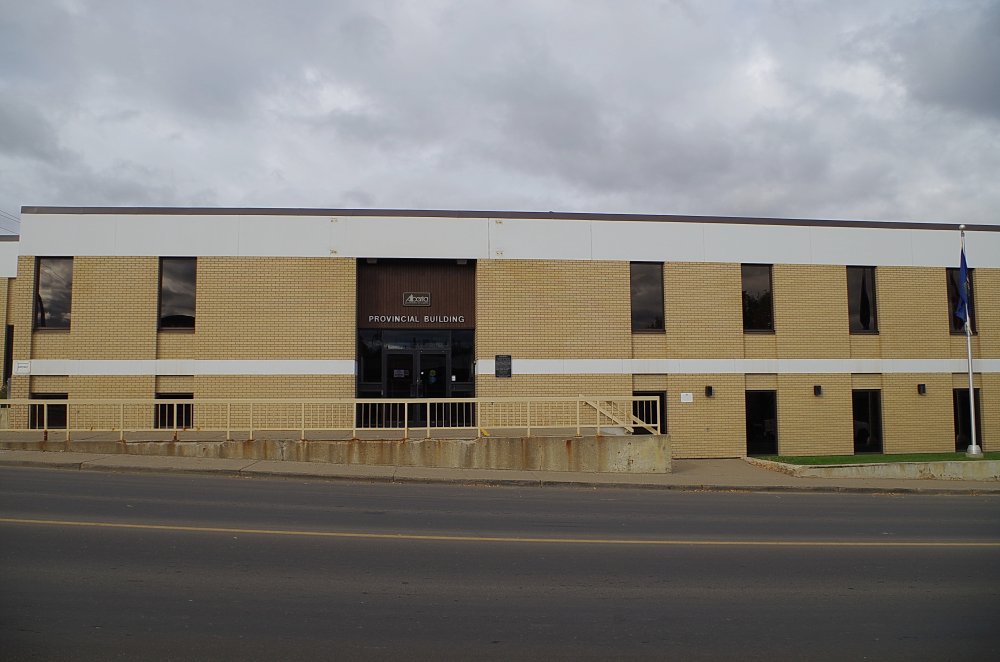 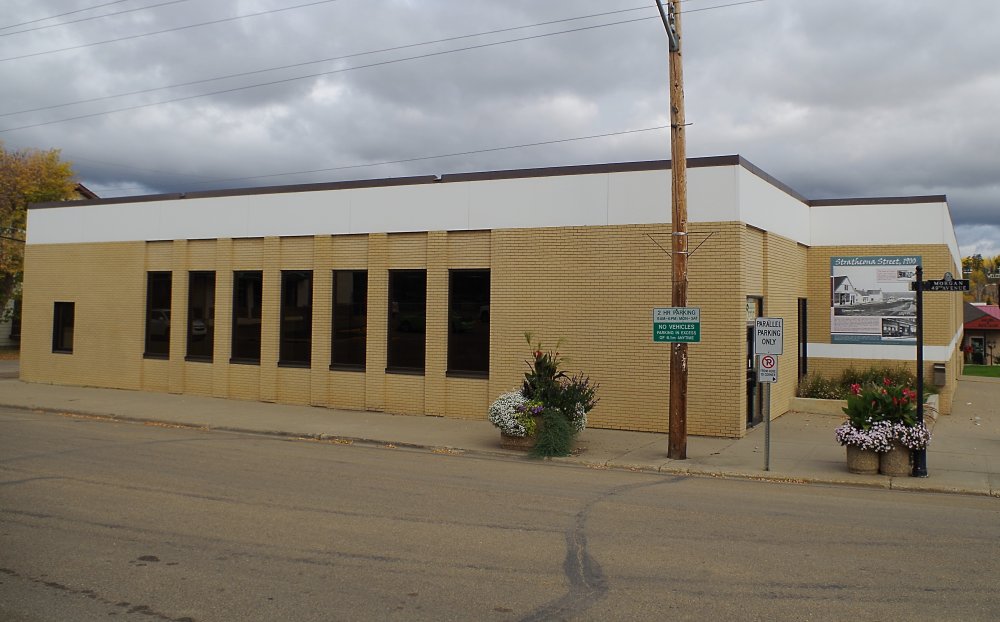 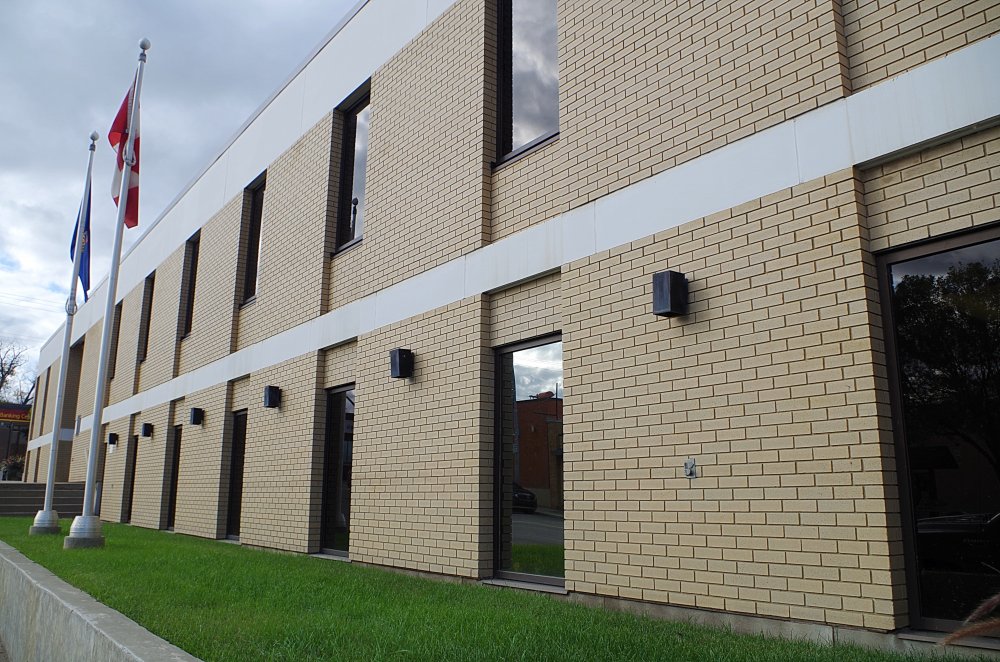 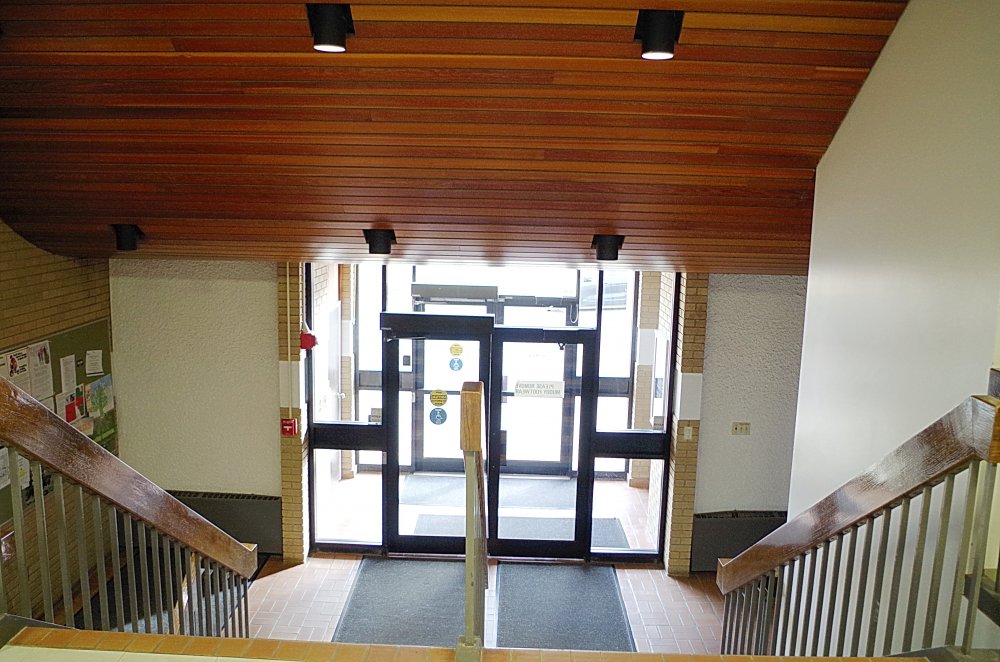 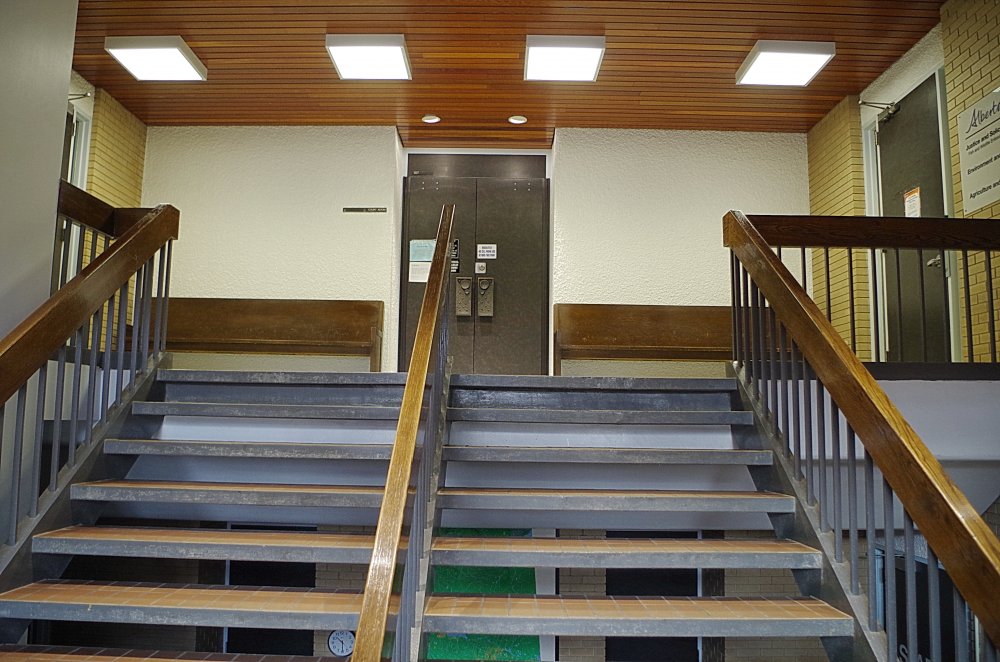 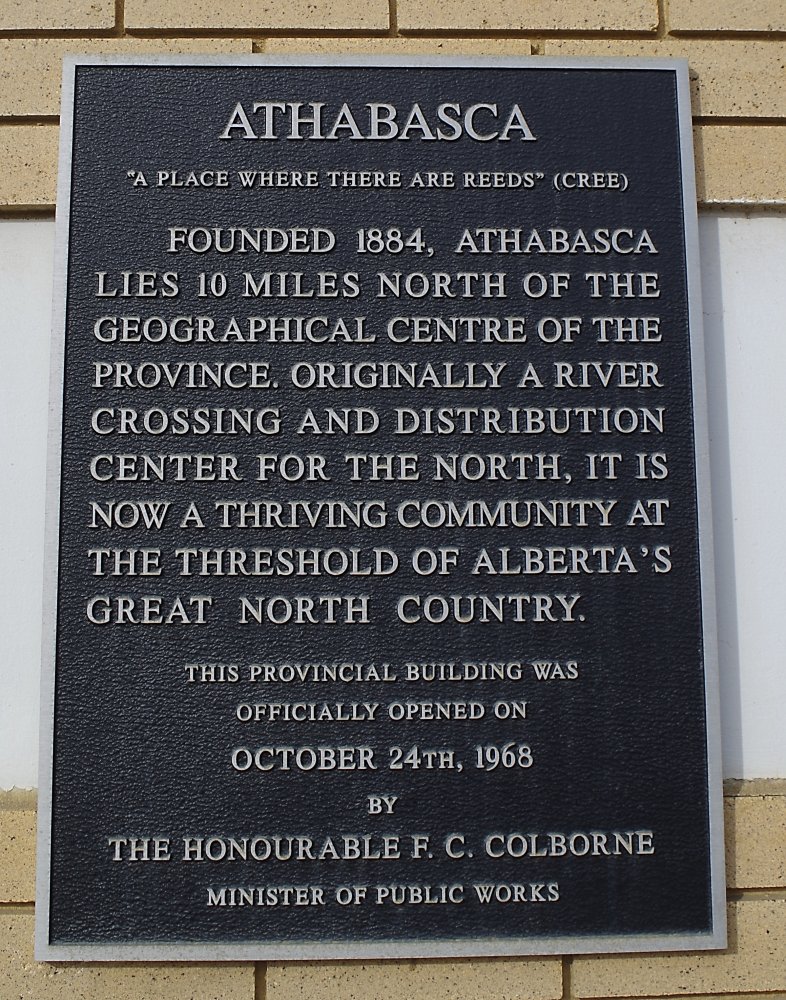